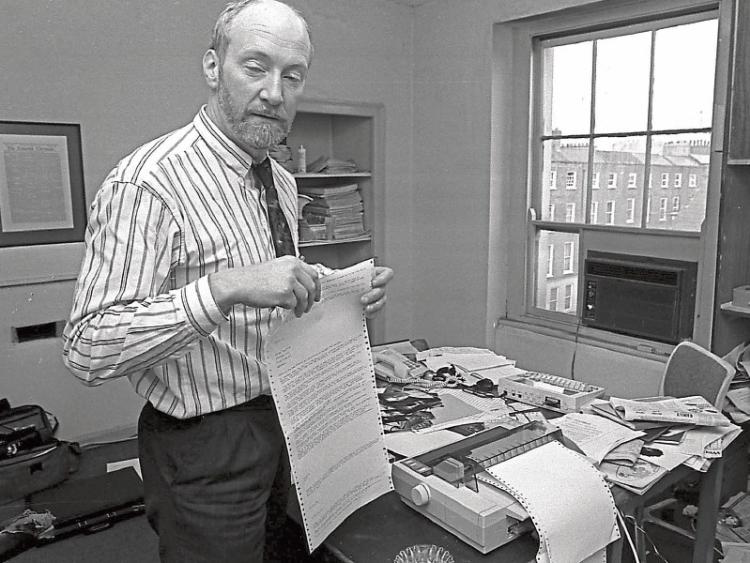 Martin pictured at work in the Limerick Leader

FOR more than four decades, Martin Byrnes, journalist,  strode through Limerick, swinging into places, tall and ram-rod straight, taking everything in one sweep,  making it his own, and leaving his mark.

Now he is dead,  his trademark way of going about his world will be missed. And the world is poorer and less colourful for his going.

For all that, Martin, though no shrinking violet, would not have liked to be eulogised and the simple, unadorned nature of his funeral rites this Wednesday matched him well.

What he would have loved though was the great turn out of neighbours and long-standing friends from Newcastle West, the’ old stock’ as he might have referred to them. And he would have been pleased to see and hear the stories told by old friends and colleagues from the worlds of journalism, politics and the arts: Gerry and Niall Collins, John Downey, Brian Looney, Conor Keane, Brian McMahon among others along with colleagues from the Limerick Leader. 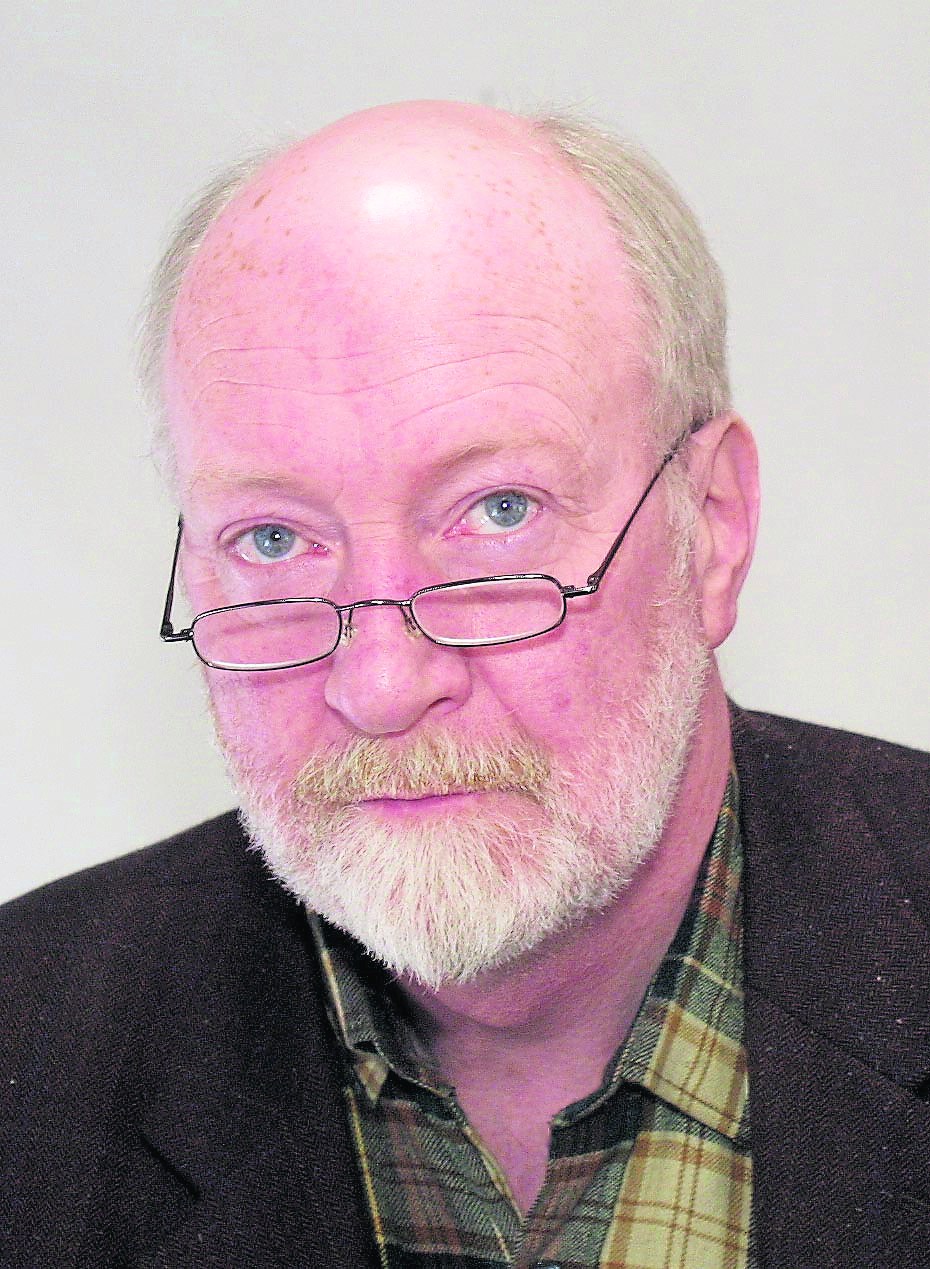 Paying tribute to Martin, Eugene Phelan, editor of the Limerick Leader said:  "I had the pleasure of working next to Martin for many years. It was a time when journalists did not have Google, but we had better, we had Martin Byrnes who was our source of knowledge. Such an intellect, so witty and knowledgeable, it is such a pity that a wider national audience did not reap the benefit of his exceptional talent. After he retired over 10 years ago he kept in contact and had great love for Newcastle West and Limerick. We will all miss him greatly.”

Others too, like his friend from childhood, Liam O’Mahony, have written moving tributes.  For Martin was, by any measure, by any measure, a force of nature, and a man of a great many parts.

He was a devoted son and  a deeply caring brother; a rugby fanatic and a man who was passionate about his home town of Newcastle West.

He also, as fellow townsman Seamus Hennessy has pointed out, had a great treasure trove of anecdotes about the town and had the wit, flair and fluency to tell the stories with immaculate timing and aplomb.

He loved classical music and art and took up painting himself for some years. As a young man, he was deeply involved in community organisations in Newcastle West and was also a keen lover of nature.

For many years, until a physical injury prevented him, he was a regular sight running or cycling up Rooskagh. And he was a genius at crosswords.

Brought up in his parents’, Cyril and Nancy’s shop in Maiden St, Martin was a bright student at the Courtenay Boys School and a bright graduate of Breen’s academy before heading to UCC where he read science.

But his love of words took over and led him to journalism, first to the Limerick Echo, where he rose to become editor and later as editor of the Limerick Chronicle and deputy editor of the Limerick Leader. As was acknowledged by many public representatives, he was a fair and thorough reporter. He was also highly regarded for his astute analysis of politics.

As a reporter, Martin was a master of the short, sharp sentence.

But he was at his best when he took flight on whatever topic took his fancy and has left many memorable pieces.

Less well known was his other writing: short stories (some published) and sadly unfinished novels. In addition, he had a real flair for radio.

Martin throughout his life maintained his sense of curiosity about the world. He had an unsatiable appetite for knowledge, a remarkable memory which lost nothing with the years and took a delight in imparting that knowledge.

He loved nothing better than a pint and a listening audience.

But he was also a very private man and sadly his last years were dogged with ill health. His last diagnosis came last autumn. But his death, in his sleep, was peaceful.

Slán abhaile, Martin. You left your mark, You will be missed.

As well as being a fine journalist, Martin Byrnes was one of the most knowledgeable people I’ve ever known. He was also one of my most important allies when I was appointed Limerick Leader editor early in 2007.
An editor needs to have a strong feel for what matters to readers. Born and reared in the city, I lacked any real knowledge of the county and its people. I didn’t think I could do my job properly without a better understanding of the rural communities served by the Leader. There was only one thing for it: call Martin Byrnes.
A few days later, Martin sent me a forensically detailed memo which contained his thoughts on every corner of the county - and how the Leader might serve these communities better.
That memo, erudite and insightful, was typical of the man who wrote it. It also inspired a reorganisation of the Leader newsroom, with significantly more resources dedicated to covering the towns and villages that Martin knew so well.
Several of those mourning his death this week have commented on Martin’s kindness towards young journalists. Thirty years ago I was one of them - and I have never forgotten the encouragement I received from him. It might only have been a few pithy words complimenting a feature article, but coming from him they mattered - and were appreciated.
When I decided to try my luck in England, he took me to lunch and presented me with a wonderful old book I still a treasure about the art of sub-editing. When Martin retired due to ill-health, we sat down to lunch again and talked about newspapers, politics and much else besides.
That day he promised to keep sending me his occasional thoughts on local affairs through the Letters to the Editor page and he was as good as his word. Those letters from Martin in the years since were gratefully received and Leader readers would have learned something new from each of them.
Over four decades he made an invaluable contribution to journalism in Limerick and he will be remembered for that.