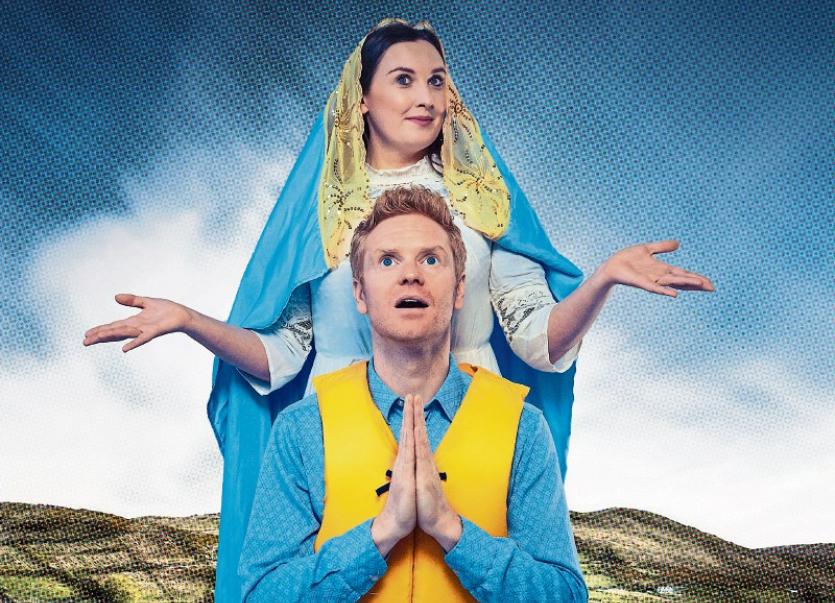 A Holy Show plays in the Belltable this Friday and Saturday

Comedy is at the centre of this weekend, with stand-up almost every night and a comic play at the Belltable. You can also see a stunning dance act at the Lime Tree, an up-and-coming indie gig in Pharmacia and one of the world's best bluesmen in Dolan's. It's a packed weekend in Limerick!

Sharon Shannon, Frances Black and Mary Coughlan play a triple-header gig at the University Concert Hall this Thursday night. They're undeniably three of Ireland's most talented musical acts, with a cumulative century of live performances behind them. All three were at the core of the A Woman's Heart project, which continues to make its mark on the Irish musical scene. Each of them will perform a solo mini-gig with their own musicians, before combining their forces in a giant Captain Planetesque finale. 8pm, tickets are €30.

The Fureys are at the Longcourt House Hotel in Newcastle West this Thursday evening. These days there are more non-Fureys than Fureys in the band but Eddie and George Furey continue to keep the Ballyfermot torch lit in Ireland's longest-living folk band.

They're still playing the same music that has kept them popular on the Irish trad-folk scene for 40 years and, by the looks of it, they'll keep touring as long as there's one of them able to stand. Doors at 8pm, tickets are €30.

Jason Byrne has become one of Ireland's most reliably hilarious comedians over the past two decades and he's in Dolan's Warehouse this Thursday with his Wrecked But Ready tour.

It's a nice brisk walk from the city centre to Dolan's, so wrecked but ready is how I feel any time I go to a gig there. Jason Byrne has been solidly funny since he first shouted "those are fake hands!" at Father Ted so it's always worth the time and ticket price to see him perform live. Doors at 7:30pm, tickets are €25.

Farmer Michael and Kathleen are doing their comedy routine in the University Concert Hall on Friday night. Galway comedians Stevo Timothy and Sinead McGrath play Michael, a shouty farmer who doesn't understand anything, and Kathleen, his long-suffering partner.

They've been shockingly popular on YouTube and are currently on a UK and Ireland tour with the act. I have to be honest: I find the whole thing roughly as funny as watching Danny Healy-Rae talk about climate change, but my taste is not your taste, so if you're in the mood for unrestrained culchie satire, this is your show. 8pm, tickets are €22.50.

A Holy Show, at the Belltable this Friday and Saturday, is a play set during the 1981 hijacking of an Aer Lingus flight by an ex-Trappist monk who demanded to be told the Third Secret of Fatima.

It premiered on the Abbey Theatre's Peacock stage in Dublin Fringe Fest two years ago and the two-hander play sees the performers flick between 20 characters - everyone from the supposedly petrol-doused hijacker, to the plane's staff, passengers and periodic appearances from Mary of the bible, Fatima and other visitations in small towns.

There's plenty of comedy in this show, although most of it comes from a 21st century audience laughing at the social limitations of Irish people in the early 80s.

There are definitely far worse ways to spend an hour at the theatre. Bring your own miracle. 8pm both nights, tickets are €15 on Friday and €18 / €16 concession on Saturday.

Carvin Jones is well-renowned as one of the finest blues guitarists ever to walk the planet and you can catch him in Dolan's Warehouse this Friday. He's played with BB King, Joe Cocker and REO Speedwagon, been lauded by Eric Clapton and Carlos Santana, and plays about 300 gigs a year without breaking a string. If you're a fan of the blues or just like seeing a guitar virtuoso in action, I think you're in for a treat this Friday. Doors at 8pm, tickets are €28.

In Limbo is a dance piece summoned by a question: What is Irish dance... and the space between? If that seems highfalutin, don't worry, there won't be an exam at the end.

Developed by Kristyn Fontanella at the Irish World Academy, the show was one of the highlights of the 2017 Limerick Fringe and is finally on tour. Six dancers and four live musicians take the traditions of Irish dance at the Lime Tree this Saturday and blend it with the best of contemporary practice to create something that you definitely won't have seen before. I very much recommend the experience. 8pm, tickets are €18 / €15 concession.

You can see six comedians for less than the price you'd usually pay for one at Mic Drop Comedy's monthly night of stand-up at The Commercial's Record Room this Saturday.

Karl Spain, John O'Keeffe and Sarah Lydon headline. As usual with multi-comedian nights, if you're stuck with someone you don't find in any way funny, don't worry - you'll have a different act on stage in just a few minutes. Doors at 8:30pm, tickets are a fiver.

DIY LK's first gig of 2020 features Dublin post-punkers Extravision. Catchy riffs, pointed lyrics, I think they're going to go a long way. See them while tickets are cheap. 10pm at Pharmacia, tickets are just a fiver.

The Milford annual 10km run takes place this Sunday. It's in aid of the very worthy Milford Care Centre and will cost you €25 to enter. If your morals or religion prohibit you from running, they're totally cool with that - you're allowed to walk it if you prefer. The run will start from outside the UL Arena at midday and I'm sure there's at least one enterprising ice-cream seller en route for Sunday.

No. 1 Pery Square hosts a Women Of Yore Afternoon Tea this Sunday, a few hours dedicated to Irish countesses at the Tudor court, female protagonists in literature and an operatic celebration of Catherine Hayes.

That sounds a fancy afternoon where you're expected to wear a shirt AND shoes, and it has a price to match - €53 - but you can take it as a personal challenge to eat 50 quids worth of fancy pastries before you get asked to leave. It kicks off at 2pm.

Static Vision is at Ormston House until February 1. Free to see.