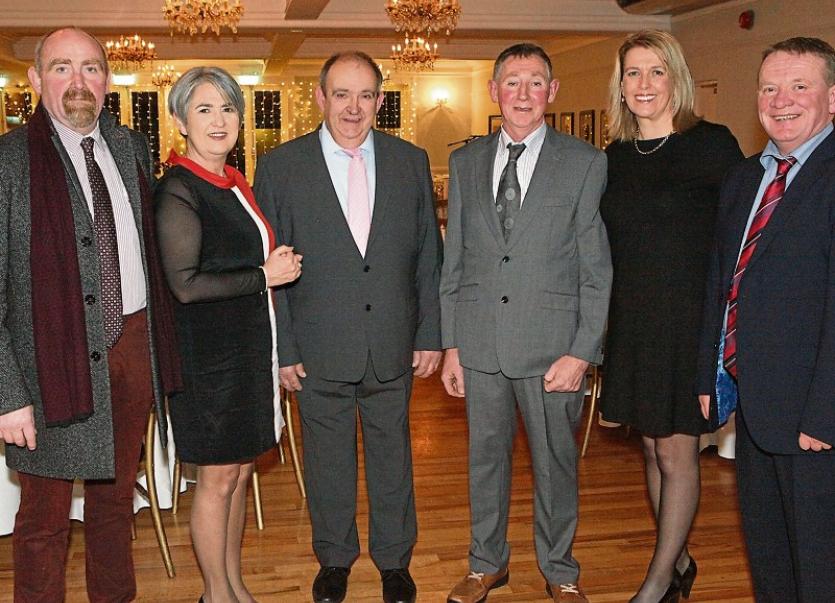 THE CHAIRMAN of the Limerick and Clare Milk Producers didn’t pull any punches during his speech at their annual dinner dance.

A large crowd attended the event in the Dunraven Arms Hotel on Friday night.

If 2018 will be remembered as the year of drought and fodder scarcity then 2019 will be recalled for the collapse of beef and calf prices, said Mr O’Connor. Voices of the animal rights movement could be heard louder than ever last year.

“Those that say animals should not be used as food... If that was to be the case what do those people propose be done with all those animals?

“Is it a case of opening the gates and letting them overrun the country? Or maybe it is Eamon Ryan’s proposal of reintroducing the wolf back into Ireland and letting the wolves tear those animals limb from limb?” asked Mr O’Connor.

On climate change, the Croagh man was critical of those with an opinion of what everyone else should do but were not prepared to do themselves.

“Students marching for climate change was the same story. They came out in their thousands to tell us what we should do but again weren’t prepared to make any sacrifices themselves.

“For instance, they came, marched, took selfies and went home to recharge their mobile phones. Whether that electricity was produced by water, wind, turf, oil, coal or indeed nuclear power, their phones had to be charged.

“Our President came out and complimented them for taking a stand. Won’t it be interesting to see will he cut down on his carbon footprint by much this year or will he too say what the rest of us should do?” asked Mr O’Connor.

To finish, he said milk prices were starting on a more positive note than last year. The fact Mr O’Connor didn’t start his speech on the price of milk is always a positive sign!

He wished everyone health and happiness and hoped 2020 would be kind to farmers.

Sponsors were thanked for giving such a fine selection of spot prizes, all the attendees, the band Heart & Soul, and everyone involved in making the night such a success. As traditional dinner dances slowly die out the Limerick and Clare Milk Producers continue to fly the flag.