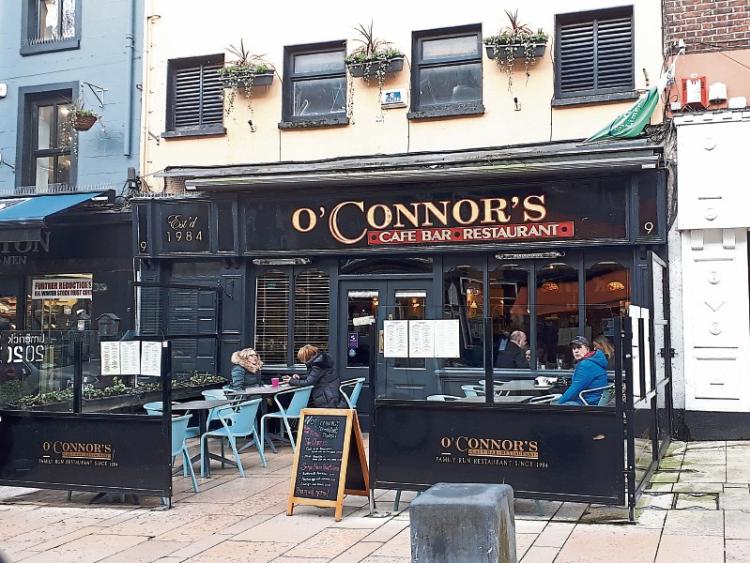 O'Connor's in Thomas Street has been open since 1985

A LANDMARK Limerick city centre restaurant is to cease trading at close of business this Saturday.

There is sadness at the impending closure of O’Connor’s Restaurant at 4pm this Saturday, with local Fine Gael councillor Daniel Butler describing the venue as “a real Limerick institution”.

The restaurant opened back in 1985, and has been an ever present at 9, Thomas Street ever since.

The man who latterly ran the restaurant Ger O’Connor sadly died in 2018, with its founding proprietor his mother Mary passing away last in October last.

Cllr Butler said: “I’m very sad to hear this, especially for the family, as they were loyal to the city and very well known. Growing up, I used to go in there where I worked in town. It is one of those places that every Limerick family has been in at least once. It’s a huge loss to the city.”

He added “With its model of business, you could go in there and enjoy a big breakfast, but you took your time. Most modern businesses need a quick turnover of footfall. It’s a shame.”

The Fine Gael man warned that there could be further businesses closing, due to a lack of urgent action from the local authority.

I am so saddened to hear that O'Connors Cafe on Thomas Street is to close today. A real Limerick institution and place I often ate in for lunch when I worked in Hobo and Foundation on Little Catherine Street & Thomas Street. Time for action in our city centre! pic.twitter.com/wFLy3eF9wC