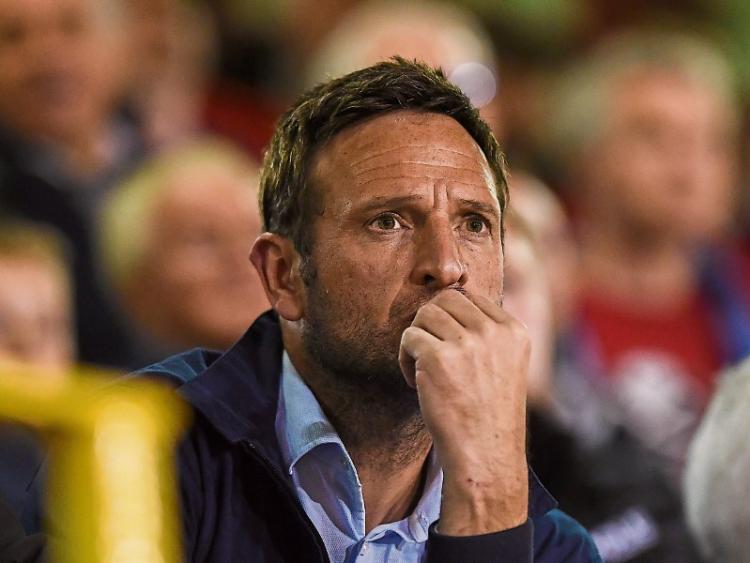 THE chairman of Limerick FC has claimed Noel Mooney – the FAI’s former interim general manager – sought almost €1m in investment for the club from the Abu Dhabi Football Association.

Pat O’Sullivan made the claims in a sworn affidavit which was submitted to the High Court in support of an action by Limerick FC against the Football Association of Ireland (read above) over its failure to invite it to apply to participate in the 2020 season.

In the document, he states that Noel Mooney, who is employed by UEFA, contacted the authorities in Abu Dhabi two years ago.

“In January 2018, he emailed officials within the Abu Dhabi Football Association seeking investment for Limerick FC and gave our work a glowing recommendation” states Mr O’Sullivan who claims Mr Mooney “suggested an investment of €900,000”.

The affidavit outlines how Mr Mooney met with Mr O’Sullivan at his home last August, shortly before an interim examiner was appointed to Munster Football Club Limited – the company behind Limerick FC.

Mr O’Sullivan claims Mr Mooney asserted to him that he was a “Godsend”  for senior soccer in Limerick when he got involved in 2009 but indicated Limerick FC would not get a licence for the 2020 season.

“Such was his desire for me to close the Plaintiff (Munster Football Club Limited), he drafted a letter which would explain my decision to do so and to print it on letter-headed Limerick FC paper.

“I was to sign the letter and submit it to the FAI in advance of the last game for Limerick FC in the 2019 season.”

Mr O’Sullivan has also claimed in the court document that he encouraged businessman JP McManus to purchase the Markets Field stadium in Garryowen ahead of Limerick FC’s return to the venue in June 2015.

“The stadium was redeveloped with major funding from the Limerick Enterprise Development Partnership, the JP McManus Foundation and State funding at a cost of approximately €4.5million. The stadium had been purchased by Mr McManus following representations by me to him to encourage him to buy it,” states the affidavit.

Mr O’Sullivan says he has invested around €4.5 million in Limerick FC since 2009 and that this was unsustainable – particularly after another company he owned Galtee Fuels Limited was liquidated in May 2018.

“This had a dramatic effect on the funds which I would personally make available to the club. In 2018, I felt my time had come to sell the club and I began lokking for purchaser/investors,” he stated.