Don't mind me: We are not yet fit to remember our recent past 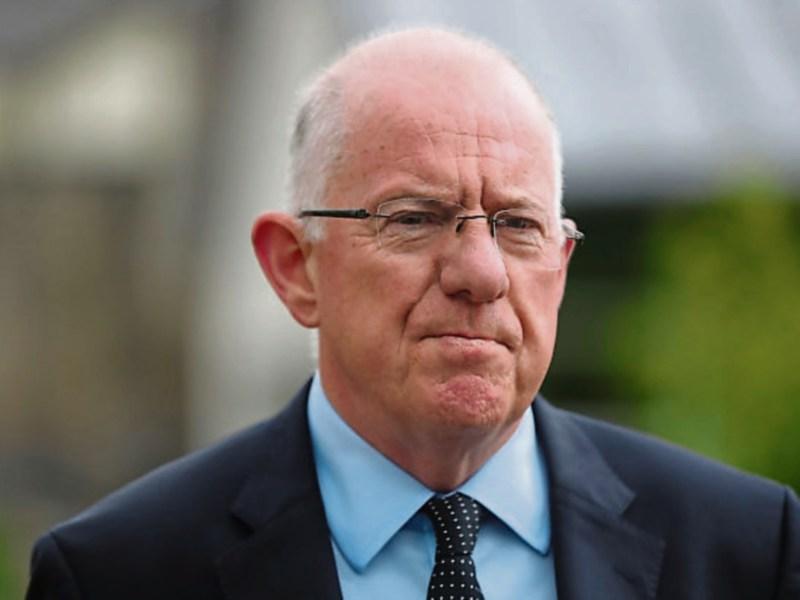 OLD soldiers never die, it seems, and neither do they simply fade away. The boys of the old brigade are still a force to be reckoned with.

Which is why I was literally buoyed up when I heard that the Third Tipperary Brigade, named after the unit that was once one of the most active and most heroic in the fight for Irish freedom, cradling men like Dan Breen and Sean Treacy, was, this Friday, holding a commemoration for an RIC man.

It was refreshing, to say the least, to encounter such a spirit of magnanimity when we’re all still smarting from the pains of the past. It was heartening, especially at a time when a timorous and populist Cabinet, faced with outrage from many quarters - and an election in the offing to boot - was stepping back from a public commemoration of the old RIC.

The man being honoured in Annacarty this Friday is not, however, your stereotypical RIC man. His name was Sgt Cornelius O’Sullivan, a Kerry man who served in Annacarty RIC Barracks at the height of the bloody fray.

The Third Tipperary Brigade, together with Comoradh and nOglach, is remembering Sgt O’Sullivan because he passed on valuable information to the IRA during the war of Independence.

“He put his life at risk for the Republic,” a statement read, “and we will gather to remember his role in the fight for Irish freedom and all the good men of the RIC, who fought this secret war on behalf of the Republic”.

Their motive, the organisers added, was to “expose the flaws of the currently accepted revisionist narrative of the period.” Sgt O’Sullivan, they believed, was killed by crown forces but his remains were never found. That’s their conclusion and there is only one narrative after all when it comes to Irish history, regardless of how complex or multi-faceted it might have been.

But that’s not the whole story either. Last summer, Cloughjordan historical society (home town of 1916 signatory, Thomas McDonagh) unveiled a tombstone in a local graveyard to another RIC man who had lain there in an unmarked grave - after his remains had been retrieved from a local bog – for nearly a century. The young constable, who came from another part of the country, and his companion, had been lured by two young women to their grisly rendezvous with death at the height of the war of independence.

It was a poignant occasion, and an incredibly uplifting one for the large attendance.

The ceremony was respectful and inclusive, but the most touching aspect of all was the fact that among those who attended to pay their respects, were several descendants of the local volunteers who were players in the ambush and assassination of the two constables.

For all that localised fraternity, however, this decade of commemoration is turning into a bit of a farce around the country, mainly because we haven’t put enough distance between ourselves and what we are commemorating - and I don’t mean just time distance. Objectivity is impossible because the revolution is still too personal. As far as some of us are concerned it’s ongoing. And where would we be at all, if we allowed the wounds to finally heal?

I know little about the RIC apart from the fact that half the country, including our first President, Douglas Hyde, had close relatives who were members. My favourite song, Lannan’s Farewell to Nenagh – which can still bring a tear to my eye - was written by an RIC sergeant on his transfer to Clare. My mother had two cousins married to RIC men. One was an O’Sullivan from Kerry, but I don’t know if his name was Cornelius. I know that he died during the troubles and I also know, that unlike the volunteers, neither he nor any of the 500 or so RIC men who were killed in the struggle had set out to die for Ireland. But that’s what happened anyway. And if we can’t commemorate that unfortunate fact without rancour, then we have no business in two years’ time, looking back on a bloody and bitter civil war - for at least another generation.

In the meantime, we should study our history more carefully and stop relying on the lore of glorification and the lingering prejudices of the self-professed experts. Literature is more revealing sometimes and I don’t think that anyone who has ever read Frank O’Connor’s ‘Guests of the Nation’ would be averse to the humanity of the other side.

But any commemoration worth its salt should not only honour the whole story, but also expose, unmercifully, the absolute false morality of war. But then, you may ask, where’s the glory in that?