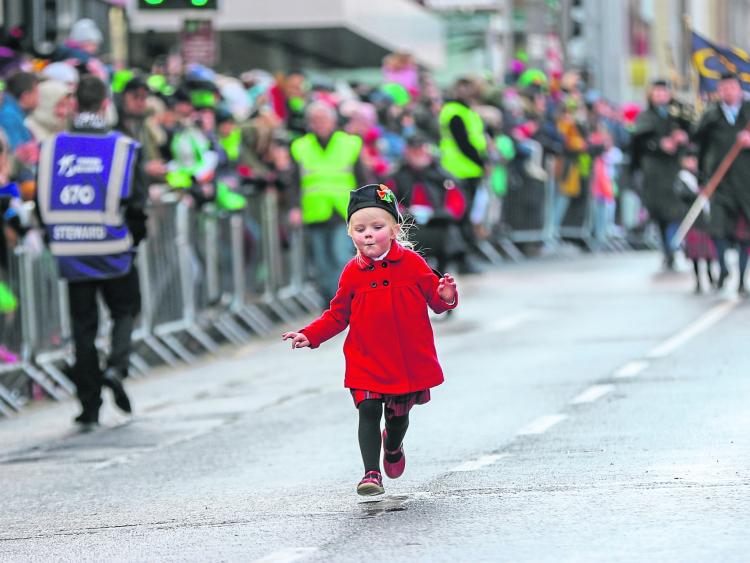 PREPARATIONS for the decade's first St Patrick's Day festivities is well and truly underway, as Limerick City and County Council has announced the theme of the parade.

The theme of this year's parade has been announced as Our Future Is Green, and Limerick is being asked to showcase their green credentials for the big day.

Limerick City and County Council is also calling on those attending the Paddy's Day festivities to find alternative modes of transports when getting to the parade and events.

This year's parade will take place on a Tuesday, and is expected to attract tens of thousands over the course of the festivities.

And to celebrate the theme, community groups, businesses, volunteers and members of the public are asked to showcase their green action for 2020.

Entries for participants can be created by using green alternatives or/and recycled materials.

Initiatives for entries can be greener transport initiatives, switching to greener energy in their hub or clubhouse, or it could be a project they are planning to undertake during the year.

Mayor of the City and County of Limerick, Cllr Michael Sheahan said: “Limerick always comes alive during the Limerick St Patrick’s Festival and this year is no different.

"By embracing the green theme, participants will be able to celebrate our National Day and be conscious of a very important issue at the same time. I am calling on all those in businesses organisations and sports clubs to use their imaginations and come up with some creative and informative entries for this year’s parade.”

Leading the festivals and events for the council, Aoife Potter-Cogan welcomed this year's theme.

"We don't just mean green shamrocks but all things environmental. We are asking the people of Limerick to be ambassadors for Limerick’s European Green Leaf Year. It is an important year for Limerick, one where we think about our environmental future and want to explore what this means to us, the people of Limerick, in imaginative and engaging ways.”

A spokesperson for the council said: "We want to explore this important topic in imaginative and engaging ways and to remind people that our climate is a very fragile thing and to celebrate Limerick's designation as a European Green Leaf City for 2020. We are asking you, the people of Limerick to be ambassadors for Limerick’s European Green Leaf Year."

The European Green Leaf Award is a competition aimed at cities and towns across Europe, with populations between 20,000 and 100,000 inhabitants. The award recognises commitment to better environmental outcomes, with a particular focus on efforts to generate green growth and new jobs. Limerick has been awarded the Green Leaf designation for 2020.