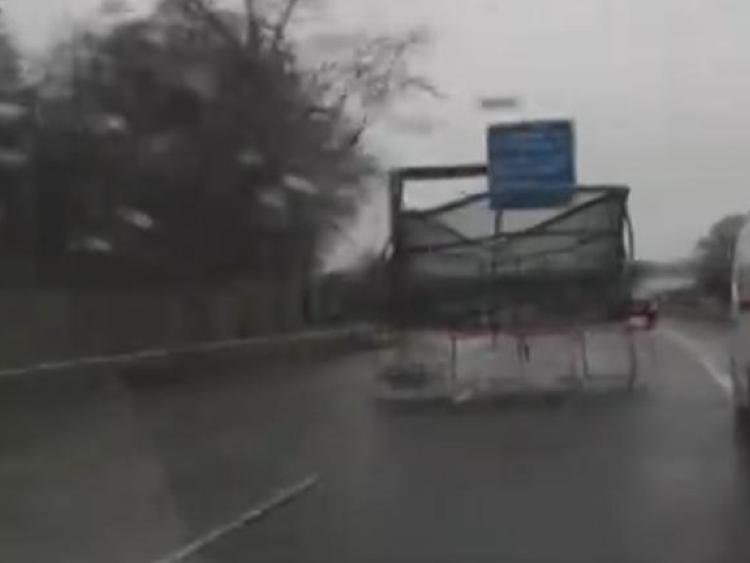 A SECTION of the motorway on the outskirts of Limerick city was blocked by a trampoline, caused by the intensifying gusts of Storm Brendan this Monday morning.

The M7 road, travelling northbound between Castleconnell and Birdhill, was temporarily blocked by the trampoline.

UL Trampoline club, always out, no matter the weather.

After emergency services were alerted to the scene, the trampoline, which appeared to be in good condition, was safely removed.

Limerick City and Fire Service has been called to a number of incidents across the city and county, including an incident at O'Connell Avenue which is currently cordoned off after the the church outbound.