Don't Mind Me: Is time right to Leap to election? 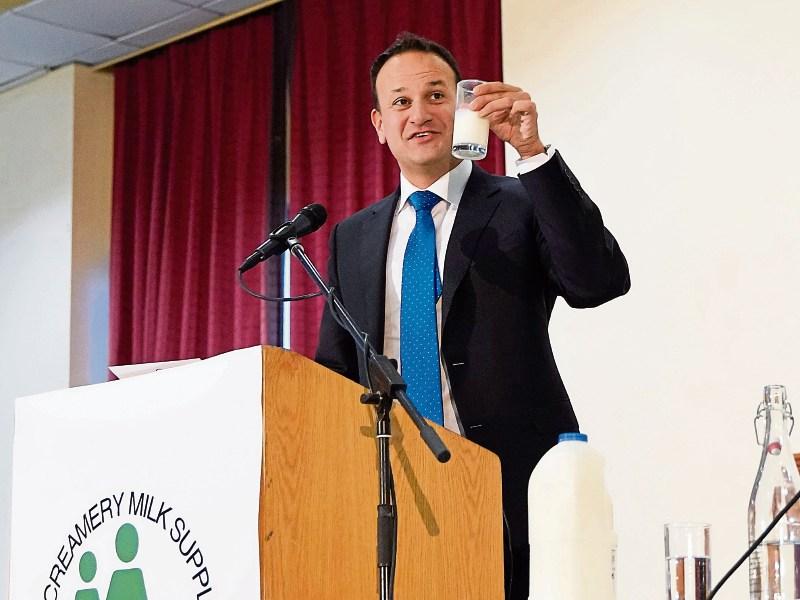 Leap Years are regarded in some cultures with the same suspicion reserved for Friday 13 and the Ides of March. So will Leo be toasting success this year or ruing his decision to ‘go to the people’

YIPPEE! An election year and a Leap Year all rolled into one! There is no connection as far as I know and I don’t know why I’m so excited because Leap Years are no longer a big deal, apart from adding an extra day to the number of shopping days left to next Christmas.

The election is a different kettle of fish altogether and whether it’ll be a big deal or not, only time will tell.

You see, timing is everything when it comes to an election. And I’m not sure if a Leap Year is a propitious time to be going to the polls.

Personally, I wouldn’t be one bit happy. I’d be afraid we’d make a right hash of it altogether if the gods weren’t with us on polling day. But then there are those who claim that this is not a Leap Year at all.

While it is divisible by four, it is not divisible by 400 – another essential element, apparently, for a proper Leap Year. This is a new one on me, and the information leaves me gasping with relief for having backed out of proposing to a former beau - who couldn’t wait to escape from me - back in another fake Leap Year in 1976.

Anyhow, whether we like it or not, the Taoiseach will call an election this year and not everyone is happy with the timing, although I’m probably the only one in the country harbouring misgivings about the Leap Year aspect.

But, with all due respects to Abraham Lincoln, ‘that Government of the people, by the people and for the people’ is, as far as I’m concerned, lacking one essential element.

We, the people, don’t have the power to call an election when we’re pissed off with our rulers. We can’t even prevail upon them to stay on, if the signs are ominous or if we just find ourselves riding the crest of a wave and don’t want to come off.

In a nutshell, we’re not as powerful as we think we are, democratically speaking, and a bit of humility wouldn’t go astray. We should know our place and stop pretending we control the ship.

We really don’t call all the shots. We certainly don’t call the election date and maybe it’s just as well because some of us are so fickle we’d be stuck forever in a Lanigan’s Ball situation - she stepped in again, I stepped out again - learning new steps up in the Dail. Stability would be impossible and transient Government would become the horrendous new reality.

Usually I love the excitement of a General Election and wallow in the feeling of power it accords me. I love the controversy and turmoil of election time and never cease to wonder at the amazing possibilities and permutations of proportional representation. But I’m not looking forward to this election, because we’ve arrived at an unprecedented stage of competing agendas and wildly diverse demands, all choreographed by an alarming acceptance and even expectation of unashamed political populism. Everything I hold dear is somebody else’s bugbear and I honestly think that we haven’t been this polarised since the Civil War. We all fancy ourselves as born-again liberals so long as we don’t have to tolerate non-liberals whose beliefs we regard as backward, and even though we profess to respect difference, we tend to break out in a rash when confronted with our inevitable human similarities.

This election campaign will, I fear, emphasise our deepening gulfs – the urban/rural divide, the haves versus the have-nots, the modernists and the traditionalists, those who bless themselves when the Angelus Bell rings out and those who want to block their ears from the peals – in the name, if you don’t mind, of tolerance. It would make you long for the simple certainties of old-style Civil War politics, where at least we were honest with ourselves and made no apologies to anyone for our outmoded loyalties.

But even if we do manage to control our partisan passions on the hustings, I still think that we, the people, should have some say in the timing of the forthcoming election if we’re to honour the ideal of ‘government by the people’. Some dates are auspicious, while some are merely expedient, and as someone once said ‘Time is an illusion, but timing is an art’.

I hope the timing is right, but what if they decided to go the country on the very day when I’m under the surgeon’s knife, having my cataracts removed? Tough, I suppose.