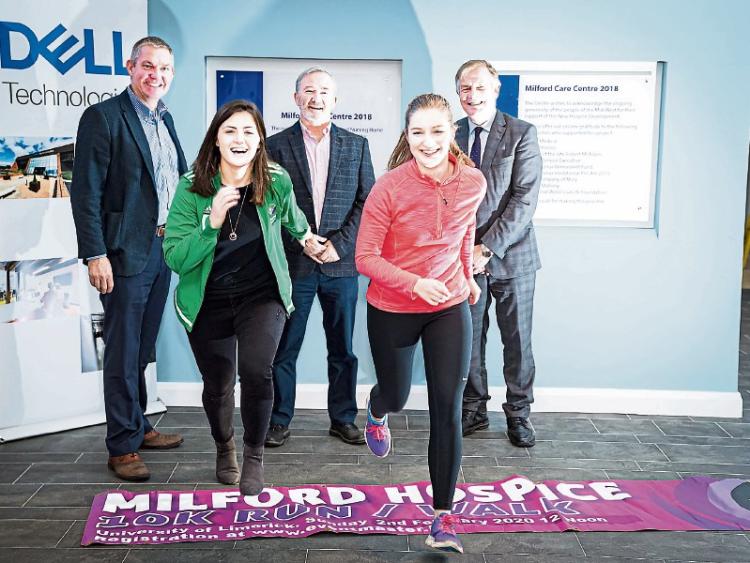 IF your post-Christmas diet hasn’t really taken off, why not write January off and start again in February with a 10km fun run?

Thousands of people are expected to take part in the Milford Hospice 10km Run/Walk, which is now in its eighth year, and taking place at the University of Limerick.

Unlike previous years, the event kicks off at midday, and is being backed by Irish World Cup hockey hero Roisin Upton.

It’s one of Milford Hospice’s main fundraisers of the year, with the event open to runners and walkers of all levels and abilities.

And proceeds will go directly to supporting the work of Milford Hospice in the region.

Charity chief executive Pat Quinlan said: “This event has become a popular sporting and fun activity with participant levels growing on an annual basis. Last year we saw record numbers with over 2,300 people taking part, which is truly amazing.”

Early-bird registration is now open, with a fee of €20.

Participants can register on www.milfordcarecentre.ie.