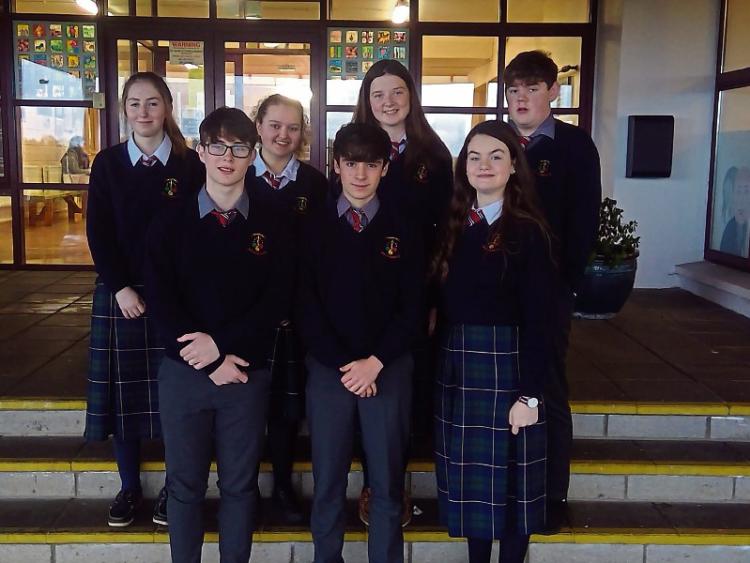 JOHN the Baptist Community School in Hospital is making quite the name for itself in the BT Young Scientist and Technology Exhibition.

In 2019, they had a phenomenal six entries and this year they have followed up with a terrific three.

This year they they have delved into the wide ranging subjects of energy efficiency, psychosis and honey.

James Devereux is one of the teachers – along with Emma Donnelly and Brid O'Dwyer – who have helped the boys and girls.

A project by Adam Boyle, Luke O'Shea and Colin Kelly is a study into the awareness and uptake of SEAI government grants by region(s) in Ireland. It is in the social and behavioural sciences category.

“The group have surveyed members of the public who have availed of the SEAI grant in the hope of assessing overall how effective the process was in terms of insulating their house and increasing energy efficiency. They have also broken down data to identify which areas of the country are availing of the grants and what they are using the grants for,” said Mr Devereux.

Grace Slattery has also entered the social and behavioural sciences category with Psychiatric neuroleptics: “The quick method” to psychosis.

“Grace surveyed members of the public who have sought treatment for mental health issues / illnesses and has also surveyed psychologists working in the health sector.

“She is assessing the patients views towards supports available in the health service for people struggling with mental health issues. The survey also investigates the tendency of mental health professions to prescribe drugs such as antidepressants to patients over therapy as a treatment,” said Mr Devereux.

While, Ruth Maher, Saoirse Kelly, Lisa Upton undertook a comparative study investigating the antibacterial effectiveness of manuka honey that has been exposed to heat. This has been put forward in the biological and ecological sciences section.

He, Ms Donnelly, Ms O’Dwyer and all the staff and pupils in John the Baptist Community School wish the teenagers the very best of luck

“It is great to see teenagers showing such an interest in the sciences. The Young Scientist competition is great as the students have an opportunity to ask a question that they themselves find interesting, and devise their own method to try to answer it scientifically,” said Mr Devereux.