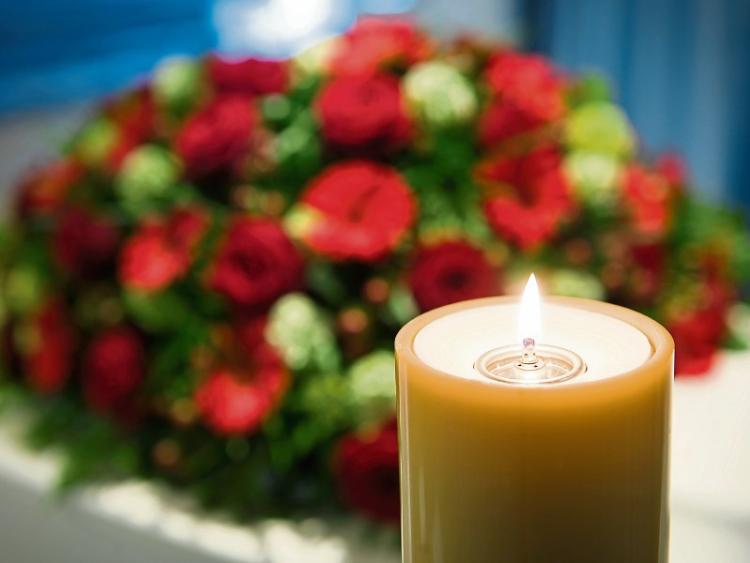 Son of the late Des.

Reposing at his mother's residence (W91 K7X8) from 1pm on Thursday (January 2) with rosary at 8pm. Removal on Friday morning (January 3) at 10am to arrive at St Conleth's Parish Church, Newbridge for requiem Mass at 11am.

Requiem Mass on Sunday (January 5) at 11.30am in St. John the Baptist Church, Nicker, Pallasgreen followed by burial of ashes in Ballinlough Cemetery, Kilteely.

Requiem Mass on Friday at 12.30pm with burial afterwards in Colmanswell Cemetery.

Arriving at Newcastlewest Church on Sunday, (January 5) for Requiem Mass at 12 noon with burial afterwards in Calvary Cemetery, Newcastle West.

The death has (peacefully) occurred of John Wall of Clashganniff, Shanagolden.

Reposing at Ferris' Funeral Home, Shanagolden, V94 H2AN on Thursday (January 2) from 6pm to 8pm with funeral arriving to Shanagolden Church on Friday (January 3) for Requiem Mass at 12 noon.

Burial after in Ss. Peter and Paul’s Churchyard, Bruff.

Feeply regretted by her beloved son John and relatives Mary Aylward and Noeleen Hughes; her friend Josephine Weller (nee O'Connor of Abbeyfeale), friends and former colleagues of Dublin County. Council and those of her teaching career.

Mary has donated her body to the College of Surgeons for the purposes of medical study, teaching and research.

Requiem Mass will take place at 10am on Saturday, January 4 at the Church of the Miraculous Medal of the Blessed Virgin Mary, Bird Avenue, Dublin

The death has occurred (peacefully at UHL) of George O'Connell of Newtown, Caherconlish. Late of SPS, Shannon & Homedicia, Raheen.

Reposing at Cross' Funeral Home, Ballyneety on Thursday (January 2) from 5pm to 7pm, with removal afterwards to Our Lady, Mother of the Church, Caherconlish.

Requiem Mass on Friday (January 3) at 11.30am with cremation afterwards at Shannon Crematorium.

The death has occurred (peacefully at UHL) of James (Jim) Casey of Ballyvaddock and Bridge House, Askeaton.

Predeceased by his brothers Mike and Billy.

Predeceased by her sisters Ann Walsh and Sr. Imelda Doyle.

Requiem Mass on Friday (January 3) at 11am with burial afterwards to St. Nicholas' Cemetery, Adare.

Predeceased by his parents, Michael and Nancy Cahir.

Husband of Eva (Natt) and devoted father of Emer, Patrick and Katharina. Loving grandfather to Oisín and Aisling.

Reposing at Colliers Funeral Home, Old Connaught Avenue, Bray on Thursday (January 2) from 2pm to 4pm with removal to the Church of the Most Holy Redeemer, Main Street, Bray, arriving for Reception Prayers at 5pm.

Requiem Mass on Friday (January 3) at 10am followed by burial at Kilnaboy Cemetery, County. Clare at 3pm.

Arriving at 11.30am on Thursday to St. Patrick's Church, Garrienderk for 12 noon Requiem Mass with burial afterwards to Effin Cemetery.

The death has occurred of Noel O'Neill of Killcoolen, Ballyneety.

Requiem Mass on Thursday, January 2 at 11.30am at Our Lady Mother of the Church, Caherconlish with burial afterwards in Inch St Lawerence Cemetery.