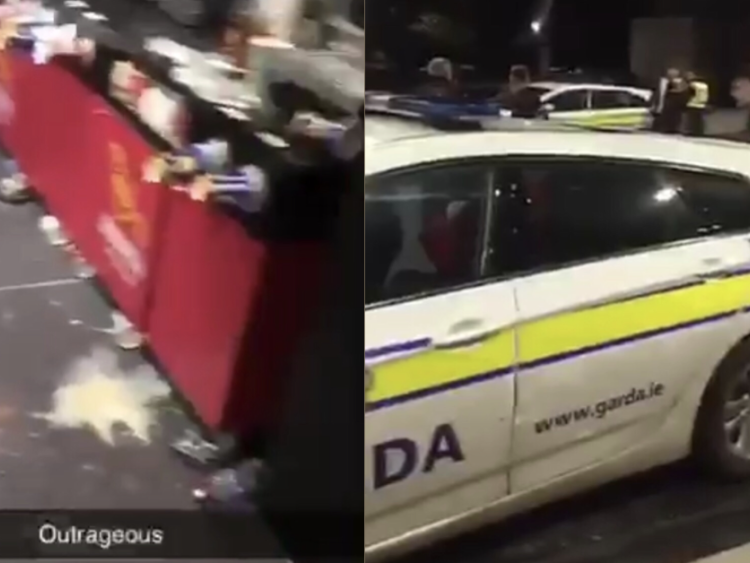 Screengrabs of the video that went viral on social media

A GROUP of Limerick students spoiled Christmas for staff at a service station after a food fight broke out in the early hours of Christmas morning, causing more than €2,000 worth of damage.

Around 100 students, who are believed to be secondary school students, had gathered at the Inver and Spar station on the Dublin Road on the night of Christmas Eve.

The incident occurred after five or six individuals, who witnesses say appeared to be heavily intoxicated, then started a “food fight.”

Staff, many of whom had young families, stayed in the shop until 6am to clean the shop.

Shane Gleeson, who owns the shop said he has never seen this kind of behaviour before.

“It was a food fight more than anything. They were throwing wedges and chicken fillet rolls. There was an awful mess and a big clean up. It wasn’t very nice for the staff to be cleaning that up on Christmas Eve,” he told The Leader.

“There was food destroyed, the wall destroyed, the cleanup cost the staff their Christmas Eve night. Everyone stayed until the shop was clean, even though many had young children at home,” he added.

In a video that circulated on social media, the youths can be seen throwing various items of food at each other, including one youth who can be seen using a soup ladle to fire soup across the shop.

“Using CCTV we have identified the five or six who were the centre of it, and we know their parents. We will have to repaint the walls, and we will be hoping that the parents will pay for that. But so far not one parent has come in to offer to pay," Mr Gleeson said.

“I would hope that the young men involved would have the character to come in and apologise to the staff that were affected. Criminal damage is being investigated by gardai. Criminal charges will be brought. It is the first time I have ever seen this behaviour," he added.

A garda spokesperson confirmed that they responded to a public order incident on Christmas Day.

“Gardaí in Henry Street responded to a public order incident on December 25th at approximately 12.20am at a premises on the Dublin Road, Co Limerick. A number of youths had been involved in a disturbance outside the premises. Gardaí arrived to scene and then dispersed the crowd. No arrests were made. Enquires ongoing.”