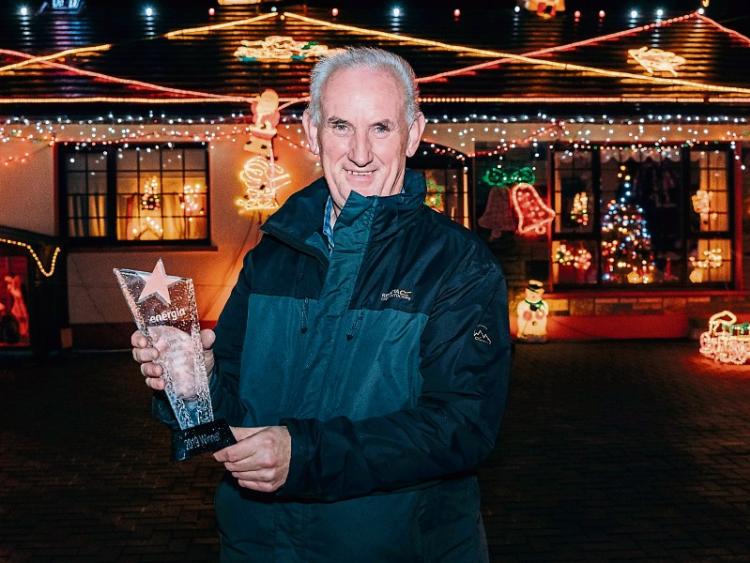 Tony Noonan with his trophy

THE Winter Wonderland of lights created by Tony Noonan at his home in Templeglantine has won the national Energia Ireland  Most Christmassy Home competition for the second time in its four-year history.

And the prize money means a boost of €3,000 to the total amount collected for Tony’s chosen charities.

“I was pleased,” Tony said of his win. But, he stressed: “It is not about me. It is about the people who support me. The vote was massive and the voting in the last two days was unreal. I’d like to thank everyone who voted for Noonan’s lights. There were five other fantastic displays and over 100 entries. “

News of his win has brought additional visitors but as Tony explained: “The weather is everything.”

Tony, however, is used to being in the Christmas spotlight. In 2016, he won the national title of Most Christmassy Home for the first time and was a runner up in 2017.

Tony began his Christmas display to bring joy to his daughter Siobhán who has special needs and has always delighted in the light display. But over the years, his initial display has grown exponentially and has helped raised tens of thousands of euro for local charities over the past two decades. “My sponsors keep the show on the road,” Tony said with feeling. This year’s charities are Milford Hospice, the Brothers of Charity, Adare Alzheimers, CRY Monagea and Recovery Haven, all charities close to Tony’s heart.

Tony switches on the lights every evening from  6pm to 10pm and the Winter Wonderland display continues until January 12. The Hayes family in Shanagolden and Caoimhe’s Lights in Castletown Conyers Ballyagran also made it into the final six contestants in this year’s competition.

“We are delighted to have the opportunity to make donations on behalf of the participants to extremely worthy charities who each play vital roles in our communities,” said Geoff Codd, Head of Marketing and Retail Development at Energia Ireland.