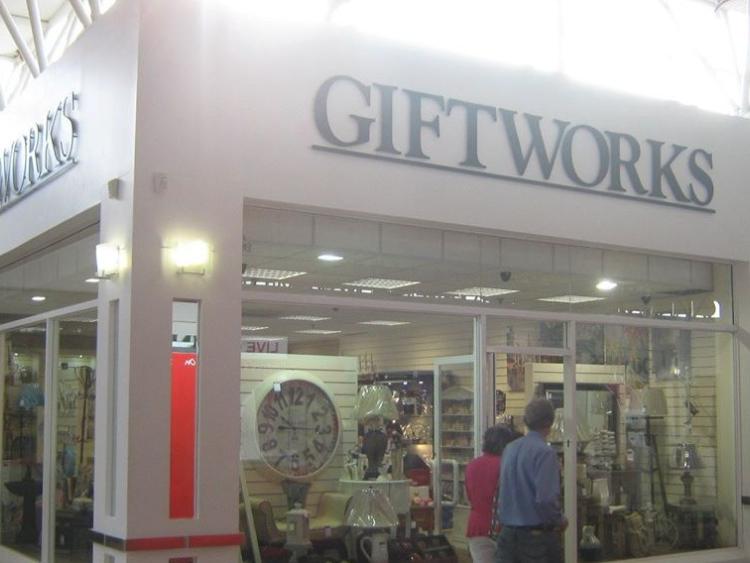 DOZENS of infuriated customers have been left thousands of euro out of pocket after the owner of a city furniture store closed up, just days before Christmas.

Customers in search of the perfect Christmas gift, new home furniture and even benches for a loved one’s graveside — some of them for months — were shocked to discover that Giftworks at Parkway Shopping Centre had shut its doors without notice on Saturday.

And since, they have been left “in the dark” and have been unable to make contact with the owner, David Rowan, who has operated the well-known store for eight years.

Even Roger Beck, the manager of Parkway Shopping Centre has been unable to make contact with the 34-year-old company director, who resides in Ennis.

Mr Beck told the Leader on Monday afternoon that they are “very disappointed on behalf of the customers who have been let down.

“We have been trying to make contact with this guy for clarification of what’s happening, and we’re just not getting anything. We have just not been able to reach him at all.”

He said that the contract for the delivery of goods is between Giftworks and the customer.

“I would love to get clarification. If we get any contact from him, we will certainly make the public aware of it. But until we hear from him, we’re as much in the dark as anybody else,” Mr Beck said.

The Leader made numerous attempts to contact Mr Rowan, but was unsuccessful.

This journalist has been contacted by more than 20 frustrated customers from Limerick, Clare, Tipperary and Cork, some of whom have contacted their local garda stations. However, they have been told that it is a civil matter.

Two customers had ordered benches for the graves of parents who passed away earlier this year, but never received them.

Michelle Hogan, of Little Gerald Street, ordered a €69 curved bench, for her father’s grave after he passed away six months ago.

Michelle ordered the bench four months ago and was told by staff two weeks ago that there was a “backlog”, she said.

She was then told that it would be available before Christmas.

“It’s Christmas now and I don’t have my dad’s gift. I am so upset over this. this was for my dad and a seat that I could sit on when I go to the grave to visit him. It is hard enough for me about not having my dad with us this time of year besides them doing this also,” she told the Leader.

John Grimes, from Donoughmore, ordered a €60 bench for his mother’s graveside in July, after she passed earlier this year.

“I had called into the shop several times over the last few months. I was told there was a list of orders before me and I’d be waiting a little while. I was okay with this. About three weeks ago I called in and they said it would be delivered over the next few weeks. Then I hear the place is closed,” John said.

Amyrose Fitzpatrick, who lives in the city centre, ordered a €130 dressing table two weeks ago, and had contacted the store a number of times on social media as the order status didn’t update.

When she contacted them on Facebook, she said “they said they would check the next morning” but did not ask for an order number which she described as “strange”.

“I sent them on the details, never got a reply. I thought I was blocked off the site until people started tagging me saying the shop was closed down.”

She said she is experiencing stress as she has now has no Christmas gift for her sister.

Megan Nyhan, who moved from Cork to Kilmallock to study at LIT, spent €559 for wardrobes and a chest of drawers, and was told there would be a three-week wait.

She was then offered a different wardrobe for €100 extra “and we agreed because I was so desperate to get a wardrobe because I am living out of suitcases”.

She said that the wardrobe would be delivered the following week, but this did not happen. They then offered a delivery at 7pm on Friday but this was a “no show”.

She said she rang “about 30 times” on Saturday and sent an email but received no response.

Limerick woman Leanne Quinn, who just bought a new house, ordered three radiator covers for €265 and was told they would be delivered within two weeks, but did not receive them.

After discovering that the shop had closed, she contacted the gardai and her bank. The bank informed her that they said “there may be nothing they can do that I will have to lose the money” if they are unable to contact the store.

Caroline Wallace, from Southill, told the Leader that she gave her son €500 to purchase wardrobes, a dresser set and side locker, and was told that it would be delivered within a week.

Amanda Lillis, from Pallasgreen, had ordered a set furniture worth €498 for her daughter for Christmas, over six weeks ago.

She said she was promised delivery on Thursday “which obviously never happened”.

Knocklong man James Cleary and his mother a €195 cabinet which took six weeks to receive. On November 4, he saw an online deal for a €59 locker, and placed an order and was told it was going to be ready in a week.

He said he rang regularly and went to the store twice to get the locker, but never received it.

“My mam is disappointed but we are both very sad from seeing posts up about other people  who had spent more and just for a Christmas treat,” he said.

Sarah Creagh, from Mitchelstown, had ordered a €130 dressing table for Christmas but it did not arrive.

“I was only talking to them last week and they sd Id b guaranteed it for Christmas but never arrived. I'm so disappointed.”

Newport woman Brenda Hogan said that she had put down a €200 deposit for a unit.

She said she had purchased “numerous things in said-shop and they were always so nice and very helpful”.

The Giftworks outlets in Clare and Galway took to social media to state that there are “not associated” with the Limerick branch and have not been since 2017.