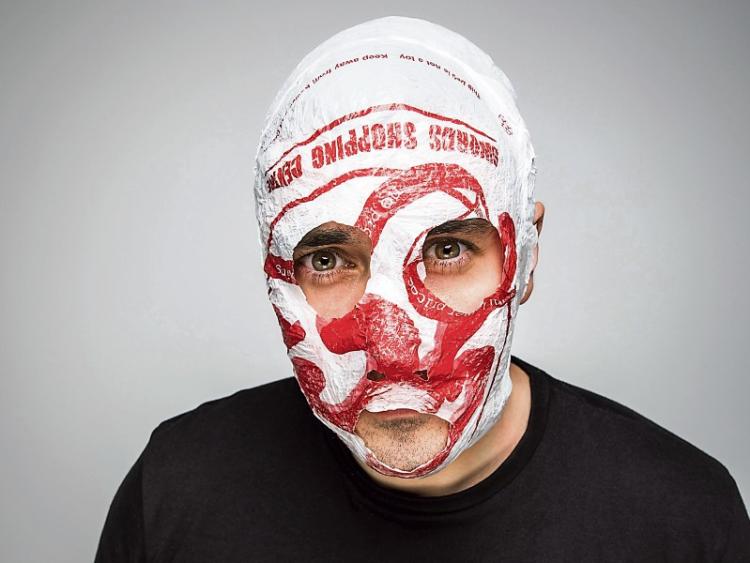 BLINDBOY Boatclub - one half of Limerick's comedy duo The Rubberbandits - convinced “influencers” who have appeared on The Only Way Is Essex, and Love Island to sell a product called Cyanora on Instagram.

Cyanora doesn't exist, and one of the ingredients for the supposed product is cyanide.

The three influencers were informed that the product contained the ingredient hydrogen cyanide and were told that they would not be able to try the product ahead of time as it “wasn't ready yet”.

The ruse was part of Blindboy's BBC Three documentary Blindboy Undestroys The World, filming of which took place in Limerick.

During the production, Blindboy brought Limerick School of Art and Design students, studying photography and media, to the set to show them what a professional film set looked like.

“We were very transparent,” Blindboy said in the documentary.

“The product was clearly labelled hydrogen cyanide, and we wanted to see if they would consider selling it to their fans,” he said of the highly volatile liquid.

Speaking to the Limerick Leader, Blindboy said: “The social media space has become a digital wild west, and just like the west of old, there are snake oil salesmen - and this is where influencer culture comes in.”

Now that the people in question are attempting to walk back on their association with the Limerick comedian's show, Blindboy said “Them trying to walk back, despite video and audio evidence is pure post-truth stuff. It fits in nicely with the overall theme of the series and is a fascinating reflection of our culture.”

Blindboy said this incident operates within the same ideological mechanics “that allows Donald Trump to flip his impeachment into a positive thing”.

“Fake news, deep fakes, online bots, fake adverts; all of this has caused us to lose faith in truth. So if a person says something which is contrary to observable evidence, we the witness, simply get tired and move on to the next thing on the timeline, rather than stay to challenge them.”

“I knew they would come back and be happy to sell this stuff.”

Social media outlets like Instagram have come under fire from consumer watchdogs in recent months as companies employ influencers to promote their brand or product that may cause adverse health effects and Blindboy's experiment paints a picture of the culture.