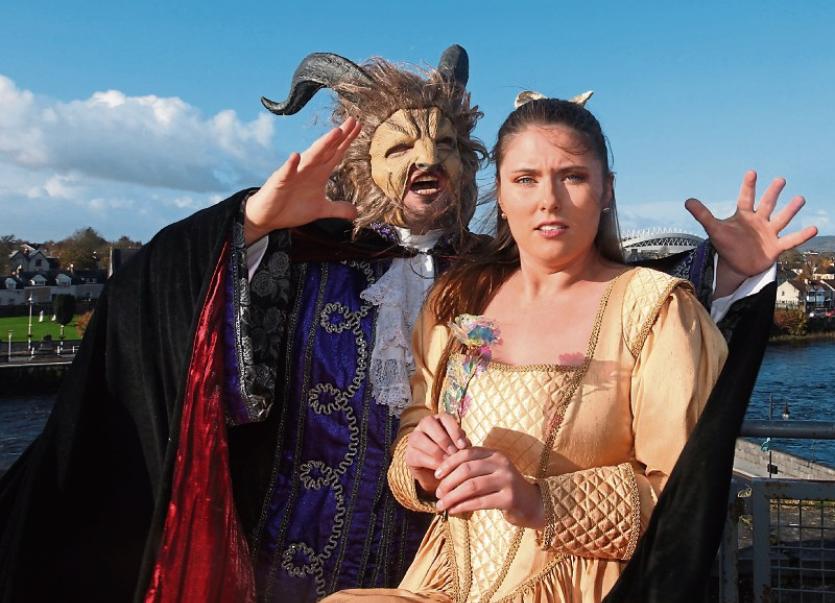 Beauty and the Beast begins this Friday, December 27

“WHAT’S the difference between a panto and other stage shows?” asks Tony Cusack as he relays our question.

He pauses and replies; “The fourth wall is down.”

Having worked in theatre since the 1980s, Tony Cusack knows a thing or two about keeping audiences on their toes.

The audience is just as much a character in this as the cast members on stage," the mastero explains.

Cusack is the director of Beauty and The Beast, this year’s panto at the Lime Tree Theatre.

Considering the seminal French tale was written in the 1700s and has spawned two blockbuster Disney versions, Cusack and his team at the Limerick Panto Society have worked hard to keep the story fresh for contemporary audiences.

”There are references to our friends across the water, Boris and Donald, as well as songs by contemporary artists like Lady Gaga and Pink to tie it into modern times” he explains.

Cusack says the audience's familiarity with such a famous property as Beauty and the Beast can work to his advantage, and the familiarity can be channelled on stage.

“It’s the classic panto thing of having the audience shout ‘BEHIND YOU!’ or having actors play off the energy of the audience and really run with a line,” he explains.

As director, however, Cusack is the conductor.

”It’s my job to make sure an actor isn’t going too over-the-top, and rein them in. However, I trust my actors enough to know when to let a line run and when to tone the energy down.”

The veteran has musicals coursing through his veins; he’s recently directed versions of We Will Rock You and a show based on the life of P.T. Barnum, inspiration for the juggernaut hit The Greatest Showman.

Audience interaction in the Panto scene is part and parcel of Christmas entertainment for many families, and Cusack and his team have been working to make this telling of Beauty and The Beast one to remember.

“If an audience member goes up to go to the toilet, The Dame (played by Cusack’s brother Tim) will interact with them, have a laugh with them, provide some commentary on it.”

The panto being a family affair is a source of pride for Cusack, but it raises the question; how does directing your brother work?

“There is an element of sibling rivalry,” jokes Cusack, “but we’ve worked together on plays before, and he’s a great presence to have around.”

The 150-people strong cast and crew have been working around the clock to make this year’s panto ring the decade out in style, and has remarked that the Limerick Panto Society is a family.

”We have one lad working for us, Damien O’Brien, he started helping out with us when he was 12, now he’s helping run everything backstage; there’s a real community spirit and drive in wanting to put on the best show we possibly can each year.”

Cusack says “this play wouldn’t be taking place without the support of the Crescent; they’ve been really supportive, and have given us the chance to tell this story.”