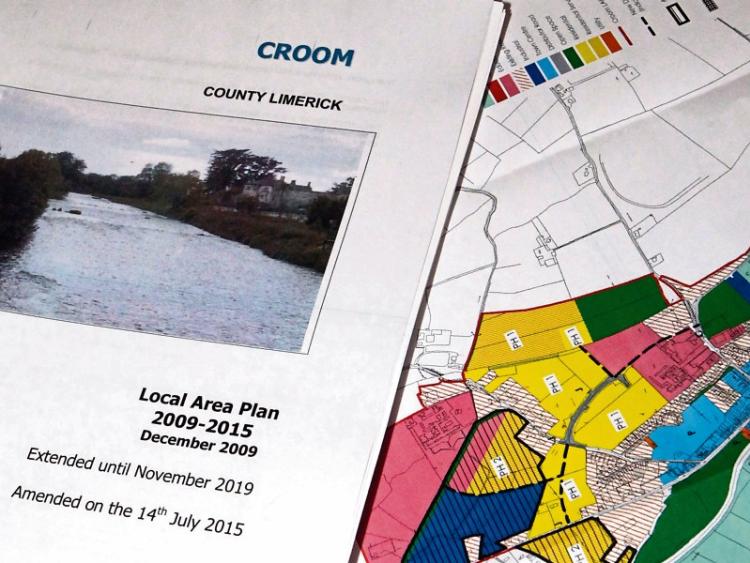 Twnety observations arose from the public submissions in August

A REVISED version of the proposed Local Area Plan for Croom will go on public display early in the new year.

A total of 20 submissions and observations were received when the initial draft of the plan went on public display last August.

A public meeting also took place in the village  and a number of material alterations have been proposed by planners following the consultation process.

Limerick City and County Council has carried out a review of the existing local area plan which was adopted in 2009 and extended until November 2019. The new plan, if adopted, will run from 2020 to 2026.

Issues such as traffic management, parking, the development of the village centre and the provision of facilities and services such as the new distributor road and new secondary school all feature in the submissions.

A proposal to develop a petrol station and a shop on the outskirts of the village were highlighted in one submission but these have been rejected by planners.

“A petrol station and shop at the proposed location would compromise the vitality of the town centre and would be contrary to proper planning and sustainable development,” reads the response.

Having considered the various submissions, the local authority is proposing to change the zoning of some lands which are located on the outskirts of Croom due to fears over flooding.

At a meeting of Adare-Rathkeale councillors, Cllr Stephen Keary said there was a “bit of a question” over the flood risk analysis which will result in some lands which were previously zoned for residential development will now being zoned for agricultural use.

Cllr Keary was informed that while there were some differences between separate reports, the council is satisfied the flood study outlined in the plan is “as accurate as you will get”.

Proposing the Local Area Plan, as amended, Cllr Richard O’Donoghue said its gives a vision for Croom going forward and that it has the potential to make it a vibrant town over its lifetime.

The revised draft plan will go on public display in early January for a period of four weeks during which further submissions and observations can be made.

It is expected a final report will come before councillors in March and that the plan will come into force next April.