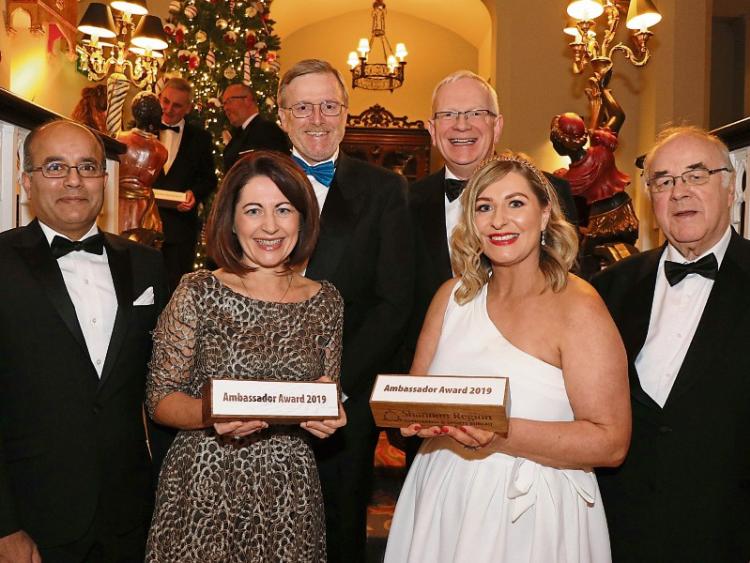 THE Shannon Region Conference and Sports Bureau joined up with Failte Ireland to host the Conference Ambassador Awards at Dromoland Castle.

More than 30 ambassadors from Limerick and Clare were recognised, including representatives of the University of Limerick, the Limerick Institute of Technology and Mary Immaculate College.

More than 110 guests attended the prestigious event which has become a bi-annual fixture in the bureau’s calendar as it continues to recognise the value of local ambassadors in attracting large conferences and events to the region. This year’s awardees contributed to an economic impact of €12m.

The Children’s Grief Centre were also award winners on the night. They won it for their Children and Loss conference 2019, which was held in LIT last June.

Ms Brosnahan spoke of the success of the event and the Shannon region’s relationship with Failte Ireland.