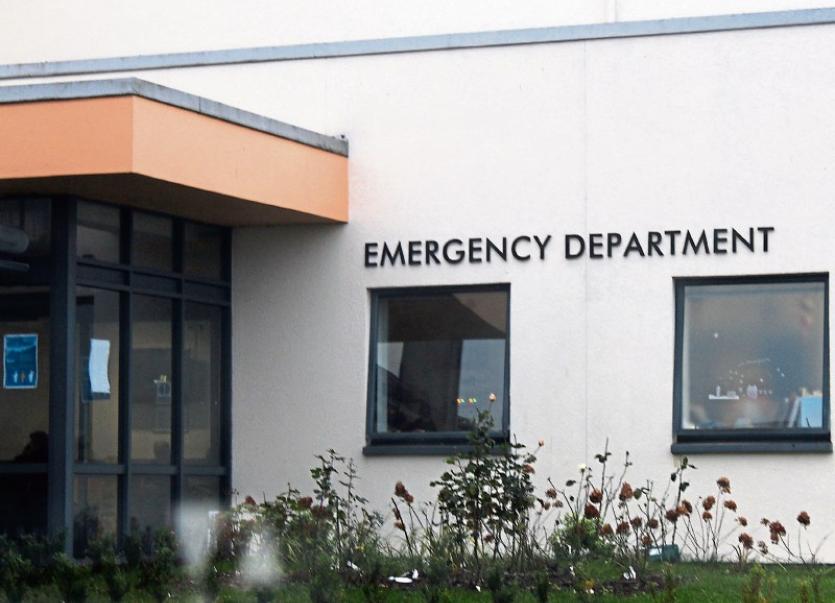 UNIVERSITY Hospital Limerick has been warned that “enforcement action” will be taken by the Fire Authority if trolley numbers are not reduced in the hospital’s emergency department.

However, ULHG CEO Colette Cowan has said that a reduction of trolleys by means of diverting ambulances to hospitals outside the region would create a “clinical risk and a threat to life or limb.”

UHL received the warning on March 28 this year, with it being stated that such action would be considered by the Fire Authority if trolley numbers continued to exceed the “safe number” of 29 stated in the Fire Safety Notice issued on December 3, 2018.

This has been revealed in correspondence between UHL CEO Collette Cowan and Chief Fire Officer with Limerick’s Fire and Emergency Services Michael Ryan, which has been published by UL Hospital Group this Thursday morning.

ULHG state that the decision to publish the correspondence which occurred between March and May this year follows “a number of requests by journalists under the Freedom of Information Act (FoI) and considerable scrutiny and commentary on these matters both from public representatives and in the media.”

The published documents also feature a breakdown of trolley numbers for the month of April 2019, revealing that the proposed “safe number” of trolleys was exceeded on 13 occasions at 8am, but by 8pm the numbers were below 29.

Documents also show that a breach of the department's capacity of 79 (49 in designated rooms/cubicles/areas and 29 on trolleys) was experienced on three occasions during the month.

On May 8, Chief Fire Officer Michael Ryan stated that “if the terms of the Fire Safety Notice are not being complied with, the Fire Authority will make an application to the District Court under Sections 5 and 20 of the Fire Services Act 1981 and 2003.”

The correspondence makes reference to several meetings that took place between ULHG and the Fire Authority, with Ms Cowan also offering to issue monthly reports on ED figures to the authority.

A ULHG spokesperson said: “It is important to state at the outset that we fully respect the role of the Fire Officer in enforcing fire safety regulations and in preserving life and property. We are committed to working closely with Limerick City and County Council on these matters.

“However, we believe the correspondence published today sets out some important context on how risk is managed in ED and the wider hospital and what our staff do on a daily basis to move patients safely through the system.

“A key consideration is the low probability of a fire occurring balanced against the high probability of a critically ill patient presenting to ED at a time when the hospital is already operating above capacity and there are more patients on trolleys in ED than is specified in the Fire Officer’s cap,” it was added.

“It is imperative that staff are trained on what to do in the unlikely event of a fire. A series of fire training sessions have been held specifically for our ED staff – most recently in October 2019. To date 62 staff have received fire training and three nurse managers have been trained as fire marshals. Further fire marshal training is planned for early 2020.

Drills have taken place in ED in the event of the activation of our Major Emergency Plan. This provides for the clearing of ED within 15 minutes and can be applied to the scenario of a fire evacuation. It should be noted that the main corridor running through ED is always kept clear to facilitate such an evacuation.”