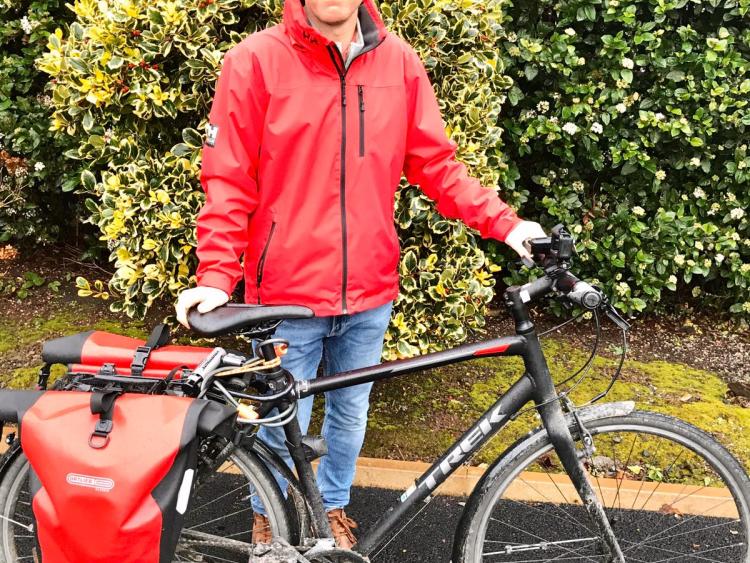 “WHEN you say to someone that you are worried that you might be killed and they say that they don’t care, it’s not something you hear in such explicit terms every day.”

This is the message from Aidan Hogan, who took to Twitter to share a video that showcases the obstacles that cyclists face while navigating the city.

In the video, Aidan comes across a number of cars that are blocking the cycle lane outside Colbert Station on Parnell Street.

“When I got to the section directly outside Colbert Station there was a car parked in the cycle lane blocking my path which meant I had to move out into general traffic with the increased risk that goes with that,” said Aidan.

“I always have my camera running for my full commute, typically 40-45 mins and the reason I have the camera is for safety because there are unfortunately plenty of close calls,” he added.

4 cars in the bike lane at Colbert Station. They each told me they were only dropping/collecting for a minute. 3 were polite and apologetic (but didn’t move). The other was neither polite or apologetic. 2 conversations in this clip @LKBlockers @meanderingtripe @LimerickCouncil pic.twitter.com/keY2AIAPs6

In the video, Aidan speaks to the drivers of two of the cars informing them that they are parked in the cycle lane. When speaking to the second driver, Aidan can be heard telling the driver that he could be killed as he pulls out into traffic, to which they reply “I don’t give a sh*t”. The motorist also tells Aidan “ we have to stop somewhere, blame the corporation.”

“One thing I want to make sure you include is that it is my experience that the majority of drivers are considerate and accommodating to cyclists and I did not want a narrative of ‘cyclists versus motorists’ applied to this issue. The bigger issue is the proper prioritisation, planning, and design of cycling infrastructure in the city and the proper enforcement of traffic and parking rules.

“The powers that be in the city and nationally need to prioritise investment in cycling infrastructure. Currently, any such investment appears to be a box-ticking exercise with piecemeal infrastructure being built in an ad-hoc manner resulting in random bits and pieces of cycle lanes dotted across the city but not connected as a safe and coherent network. There needs to be a change of mindset in political and county council executives that prioritise active travel and public transport and reduces the dominance of private cars.”

Aidan suggests that one quick fix for some existing bike lanes may be the installation of physical separation between cycle lanes and motor traffic lanes.

Despite occurrences such as this, Aidan says that he will continue to cycle.

“Taking up cycling has been a hugely positive change since I started 6 months ago. Although I have to put up with a variation of this kind of thing most days, the physical and mental health benefits far outweigh the downsides and I’ve no intention of stopping cycling anytime soon.”