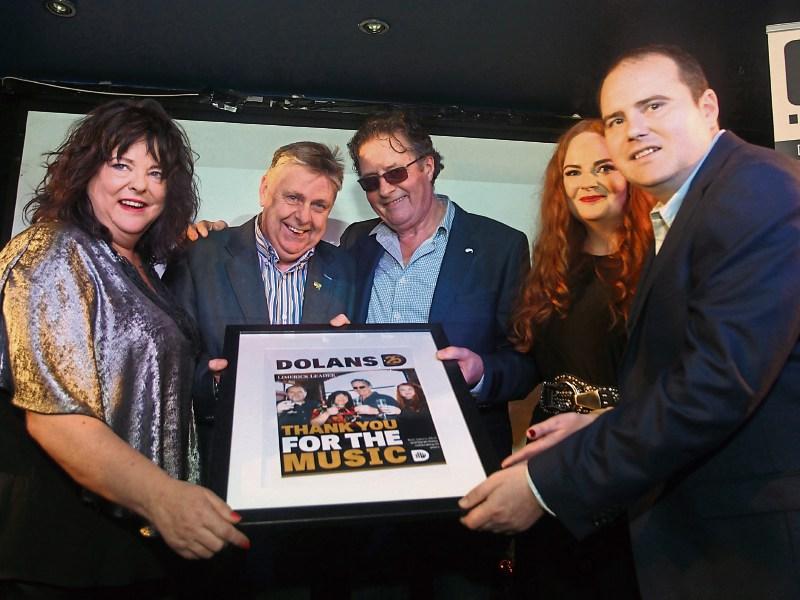 The Dolan family Val, Mick, Sarah and Neil with our own Fergal Deegan receiving a commemorative front page marking 25 years in Limerick

For the past quarter of a century, what started as a small family-run pub on the Dock Road in Limerick city has grown and evolved into one of the most recognisable brand names in Irish music.

The Dolans story is about dedication, hard work, a passion for music, and most of a commitment to taking brave risks to develop the annual events calendar in Limerick.

Mick Dolan’s first introduction to Limerick came when he arrived to Limerick Docks on board the Daunt Rock ship. At the time he was working for the Merchant Navy.

“Little did I think at that time that this part of Limerick city would play such a big part in the life of our family”, Mick says. “Valerie and I had a deep love of traditional music and it was a dream of ours to open a bar which had music at its heart. When the opportunity came to purchase what is now Dolans Pub we took the chance and moved our family to Limerick”.

Twenty-five years ago the site of Dolans Pub was a lonely spot, located in a part of the city that boasted huge potential yet to be tapped. Mick admits that most of those he met felt he was crazy to take such a risk.

“I had a vision and knew that with hard work and making use of the contacts I had we could turn the new Dolans Pub into something special. We made sure that live traditional music was in the bar every night of the week. Within a few months we knew it was working. Word got around that the pub had life. It was the music that gave us that unique selling point and by the following summer Dolans was a Limerick thing.” 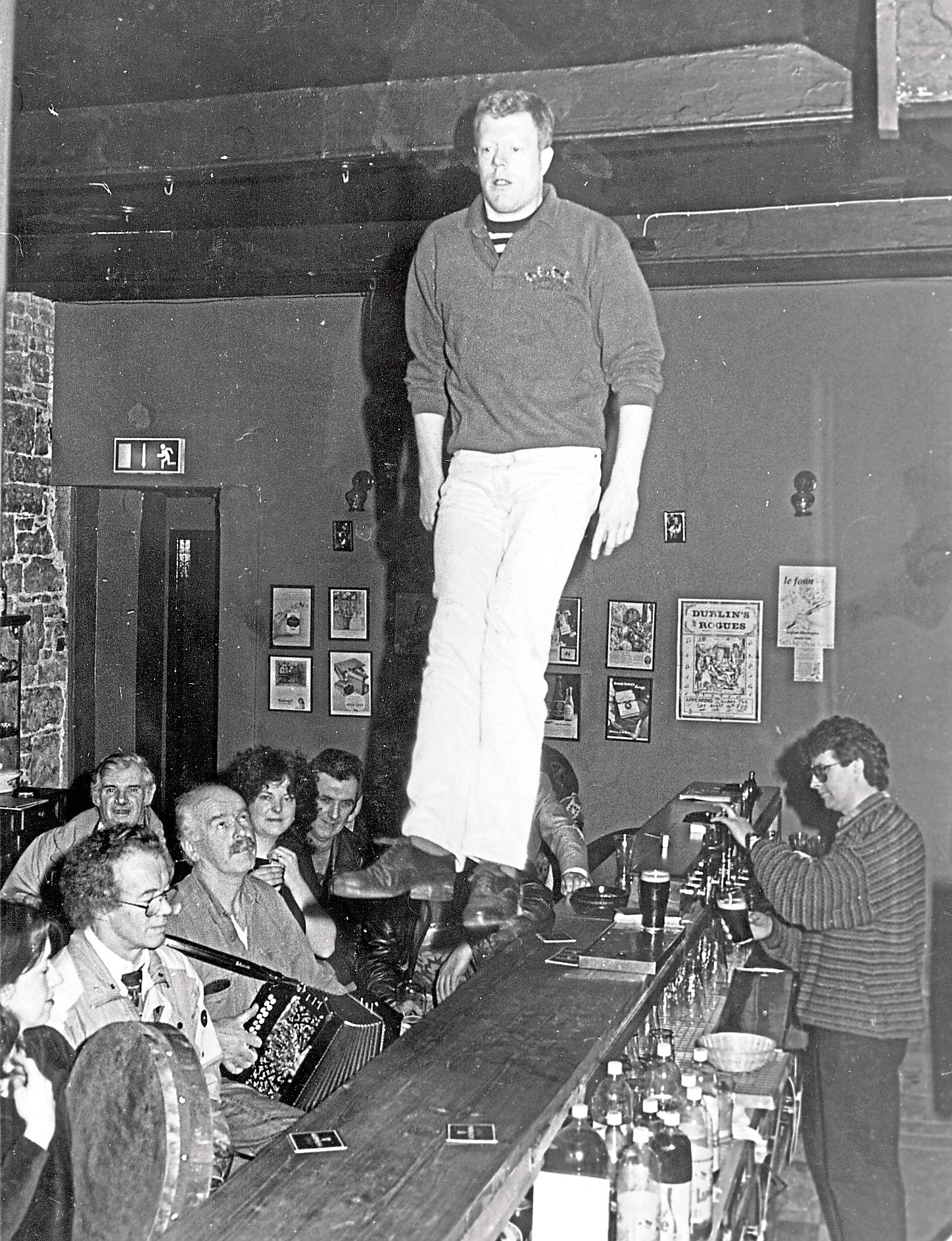 Matt Keogh dancing on the bar, Mick Dolan behind the bar and Valerie facing the camera - this picture was on the front page of the Limerick Leader in 1995

Dolans became a place where anyone who wanted to listen or play in a session could do so any night of the week all year round.

"The response from local musicians was fantastic and by St Patrick’s Day 1995 the place was hopping with all of our family playing their part”, Mick says.

“The acoustic sessions were (and still are) a great success and eventually we decided to open a bigger venue to accommodate national and international acts. This resulted with us purchased an old warehouse to the rear of the pub in 1998. Little did we think that an old banana distribution space would become such a name on the Irish music circuit!".

The past 25 years has seen Dolans evolve to a centre of food and music on the Dock Road in Limerick. The venue is now home to four unique performance spaces of different sizes all attracting music acts from across Ireland and further afield.

The list of artists who have graced the stage speaks for itself. The Warehouse introduced Mick and Val to different musical genres – rock, comedy, jazz, blues, country, classical and of course all the other stuff that doesn’t lend itself to classification!

"In March 2004, we opened the Upstairs Venue, a smaller and more intimate space. It has played host to weddings, christenings, funerals, birthdays (various milestones!), The Limerick Jazz Society gigs and The Munster Supporters Club’s legendary shindigs. Most recently we added the Kasbah Social to our venue list".

Venturing outside their Dock Road HQ Mick, Valerie and the Dolans team have seen huge success with their Dolans Presents brand, producing live acts at the Milk Market with Live at the Big Top concerts and, more recently, partnering with Shannon Heritage to develop the Live at King John’s Castle events.

With acts like Mumford & Sons, Franz Ferdinand, The Waterboys, Chic and Kasabian, Gavin James, Bell X1 and many others, Dolans Presents is now seen as a key player in Limerick’s events calendar.

Mick stresses the emphasis Dolans have put on promoting local Limerick acts over the past 25 years.

“Limerick has always been a remarkable city in terms of musical output. Over the years we have seen some exceptional talent come out of this city and at Dolans we have strived to support them as much as we can. Names such as Windings, Fox Jaw, Hermitage Green, Rubberbandits, Emma Langford – the list is endless. We are so proud to have evolved into a place where we can play our part to support local acts from their infancy and watch them grow successfully”.

The Dolans Presents brand continues to develop. More recently it has seen the introduction of the Live at the Docklands series of concerts last year which saw over 10,000 people attend three diverse acts at a specially erected marquee venue in Limerick Docks.

“We hope to develop this concept further over the coming years and have already had a big boost for 2020 with the announcement that The National are set to play the Docklands next June”, Mick says.

“Limerick finds itself in a really interesting place today. A lot of work has been done and a lot still to do but all the signals suggest that the city is going to grow significantly over the coming years. It is our hope that the Dolans Presents brand will be in a position to grow further as Limerick evolves”.

“We have been very lucky and happy in Limerick and are grateful to all the musicians and listeners who have supported us for over a quarter of a centre in the hospitality and music business. If the next 25 years is as good as what went before, we are in for one hell of a journey”.