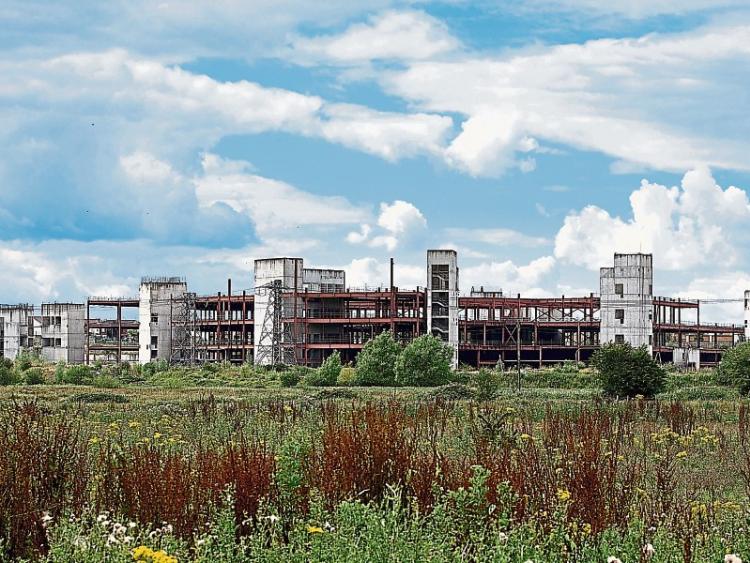 THE proposed development of the Horizon Mall site has heightened the need for a high-speed transport connection between Castletroy and the city.

That’s according to leading local businessman James Ryan, who has welcomed the €60m plan.

As exclusively revealed by the Limerick Leader this week, developers are set to seek planning permission for the multi-million euro project on the long-neglected lands adjacent to the Parkway Retail Park.

The blueprint aims to deliver 245 residential units, a 152-bedroom hotel and more than 100,000 square feet of office accommodations.

Also in the plan are two drive-thru restaurants, a service station, a community building and a public park.

Mr Ryan, who runs Centra in O’Connell Street said there must now be a means to ensure the Horizon Mall site, and the city centre are connected “within 10 minutes”.

Read also: Cautious reaction from Limerick community to news of development on Horizon

“We’re trying to prevent the donut effect from a retail point of view. But we nearly have a housing donut now. You live in Mungret, Monaleen or Castletroy now and they are not easy to get to the city centre from. There is no high-speed rail. We need to ensure each area has proper connectivity to the city centre. That needs to be high-speed rail or a bus corridor or whatever,” he told Business Leader.

Limerick Chamber chief executive Dee Ryan welcomed the fact there is no high-street retail planned for the site, a status underpinned by the city development strategy.

”We are very focused on building and revitalising Limerick city centre and bringing retail and business back here. I’m pleased there is no major retail component to it,” the business boss added.

City businesswoman Helen O’Donnell says what is planned represents “a little village” on the edge of Castletroy.

“It’s been a terrible blight on the landscape of the city, so I’d welcome it. It’s good to see it’s primarily accommodation as this is badly needed in Limerick. The investment will be huge, the building of it will add to the local economy. With people living on the outskirts of the city, it will mean you will have more room to build retail in the heart of the city to facilitate it,” Ms O’Donnell added.

She also acknowledged the fact that the site, as it appears at present offers “a very poor image” on one of the city’s main arteries.

On completion of the development, it’s anticipated over 100 jobs will be created, as well as hundreds in the building phase.