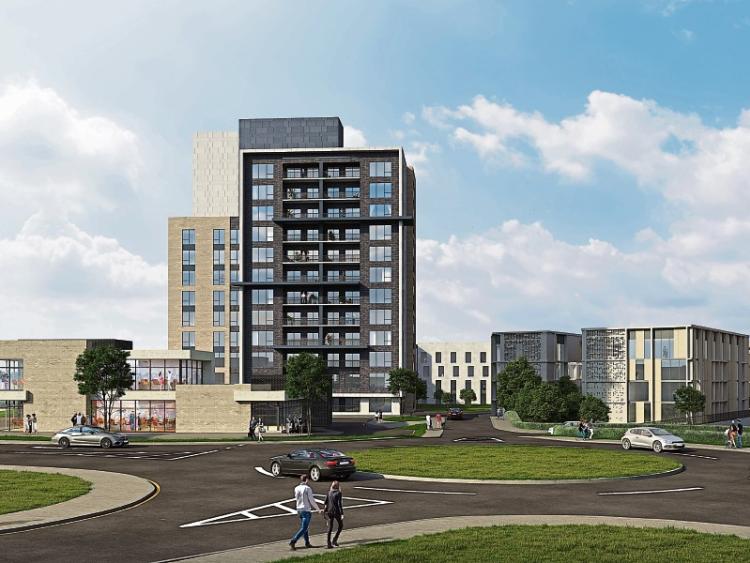 €60m investment would have massive impact on the neighbouring communities

“ANYTHING is better than what was there.” According to Paul Keller, this is the consensus of the locals who sit in the shadow of the Horizon Mall site, where the current rusted skeleton-like structure is being demolished in order to make way for a massive €60m development.

Mr Keller, a former Limerick City and County Councillor is one of the locals reacting to the news which was announced earlier this week. He says that the general feeling from the locals is positive, but with an air of caution, as they have had a number of “false dawns” before.

“We have been at this crossroads before,” said Mr Keller, resident of the area for the past 18 years, witnessing the rise and now the fall of the semi-built “eyesore” which stood on the site.

Mr Keller has welcomed the plans, but questions some of the amenities that have been added.

“I do welcome the housing. The more the better, so that is good,” he added.

Senator Maria Byrne says she is happy to see the Davy Real Estate proposal for the Horizon Mall site on the Dublin Road take a step forward.

“This is very welcome news, and marks a vital step in realising the full potential of the Horizon Mall site,” said Senator Byrne.

The development will bring 245 residential units, a 152-bedroom hotel, and over 100,000 square feet of office accommodation. It will also include two drive-thru restaurants, a service station, a building with a creche, community facilities, a multi-use games area as well as a 2.8-acre park.

The investment, which it is believed will exceed €60m will have a massive impact on the local community, creating hundreds of jobs and boosting tourism and commercial activity.

Novelty ICAV, a fund managed by Davy Real Estate, will next week submit the  much-anticipated planning application for the redevelopment of the former Horizon Mall, which has been derelict since 2007. The site has changed ownership on a number of occasions over the years, and has been on the Derelict Site Register since July 2018.

The units will comprise a mix of duplex units and apartments, in blocks ranging from three to fourteen stories. Subject to planning, construction is expected to commence in early 2021, supporting several hundred construction jobs over the course of the build.

On completion, the hotel, and retail units are expected to create upwards of 100 jobs directly and also support several hundred indirect jobs in the community.