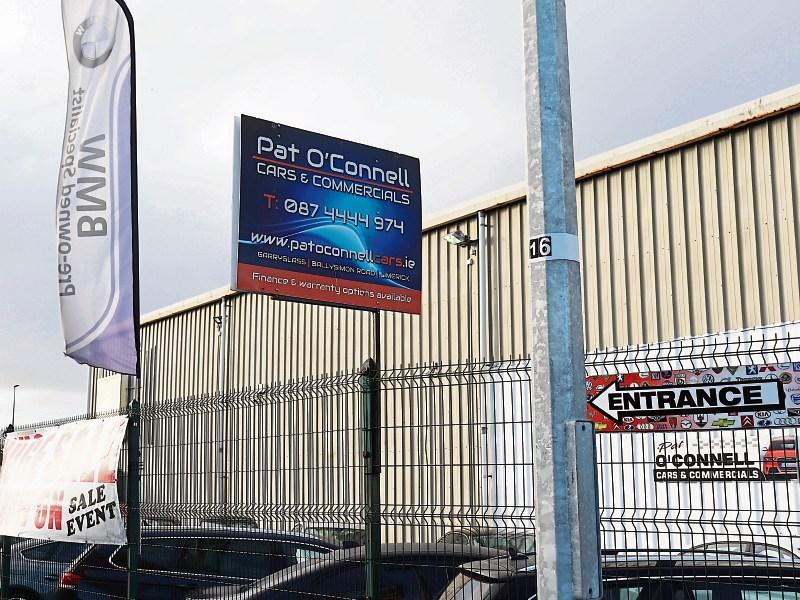 Pat O'Connell: “I had stored the oil on the premise, I hadn’t burned it at all – I panicked”

THE operator of a second-hand car sales business who was accused of pouring used oils and lubricants into a drain was fined €400 for failing to comply with a notice under the Waste Management Act.

Executive Engineer David France told Judge Marian O’Leary he and a colleague called to the premises at Garryglass Industrial Estate, Ballysimon after a complaint was received that used oils were being poured into a sewerage drain.

He said he observed oils flowing directly from the service yard into an open drain and that he spoke to Pat O’Connell who is a director of the company.

Mr O’Connell, who runs the business, informed him he was not using an authorised waste collector and stated he was disposing of the used oils by burning them at his home and elsewhere.

Mr France told solicitor Will Leahy that as a result of Mr O’Connell’s comments, he issued a notice under Section 18 of the Waste Management Act.

The notice required the company to properly dispose of used oils and lubricants from the business and to maintain proper receipts and records. It also required Mr O’Connell to provide details to the council of  the locations where he had burned oils.

“We want to inspect the premises to see if it is an issue or not,” said Mr France who added that Mr O’Connell does not hold an EPA licence to burn used oils.

He also agreed that he was shown seven large barrels on the day which were being used to store used oils and lubricants at the service yard.

Mr O’Connell told the court he had initially outsourced the servicing of cars to another company and that he hired a mechanic around 18 months ago.

He told Mr Dillon he had stored the used oils and lubricants in barrels and that he was not burning them as he told Mr France.

“I panicked, I just said I burned them,” he told the court. “I had stored the oil on the premise, I hadn’t burned it at all – I panicked,” he added.