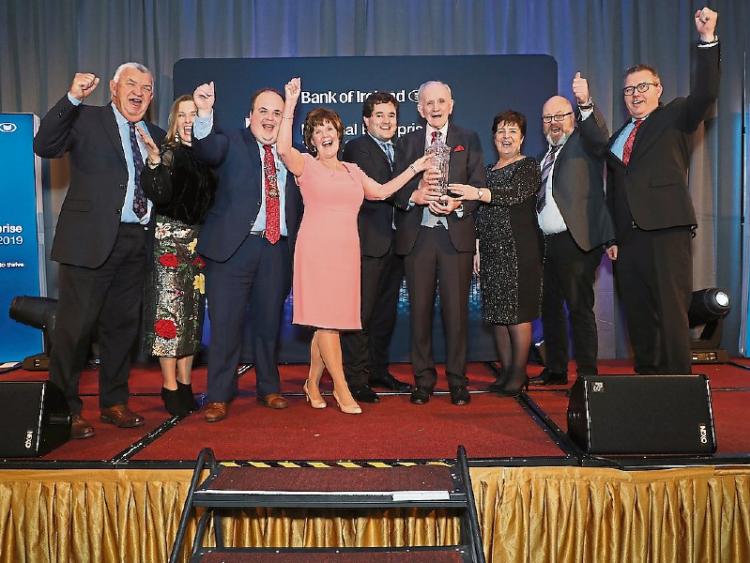 A HUGE, collective cheer went up in Adare this week when the community added yet another accolade to its long list of awards: Adare is now a national winner of the Enterprise Towns Awards scheme run by Bank of Ireland and is also the regional winner for Munster.

“We are delighted and proud to be Munster and national winners in our population category,” Mr Neville said. And he paid tribute to the commitment and enthusiasm of all those who had contributed to their success.

Mr Neville said that it was the combined efforts of the village’s many clubs, organisations and voluntary group that won the day with the judges. “Our presentation was very good,” he said and he paid special tribute to the work of planning and organising carried out by ACT officers, Meriel Clark and Anita Higgins.

Marshalling the different strong points about enterprise and economic and social activity in Adare proved to be an eye-opener, even for some of those involved. “There are 105 businesses operating in Adare and  1,583 people work in Adare. That’s higher than the population of the village,” Mr Neville pointed out.

The judges were also impressed with the exhibition held in the Village Hall where up to 20 different clubs and organisations set out their stalls and where presentations were made by Rev Cannon Liz Beasley, Maeve Martin Kelly, Kevin Kelly and Cllr Bridie Collins.

“The exhibitors played a key role in our success,” Mr Neville said.

A video was also produced for the judges who visited the award-winning Samco company and the Manor Fields community project.

Adare Community Trust is an umbrella group for the different commercial and voluntary organisations in the community and the committee will make the decision as to where the prize money of €13,000 will go.

The Bank of Ireland National Enterprise Town Awards are now in their fourth year and recognise the spirit of enterprise in local areas across Ireland, bringing business and community groups together to showcase their efforts to build an economically sustainable community.

This year almost 70 towns and urban villages were nominated for the awards which carried a total prize fund of €193,000. The title of Ireland’s Most Enterprising Town was won by Kilkenny while Adare was the Munster winner as well as the national winner in the population category of up to  5,000.

Meanwhile, Abbeyfeale also has something to celebrate this month, having taken the runner-up spot in its category in the Pride of Place competition. The award ceremony for this all-island awards scheme also took place in Kilkenny and was attended by over 800 representatives from communities across the island. 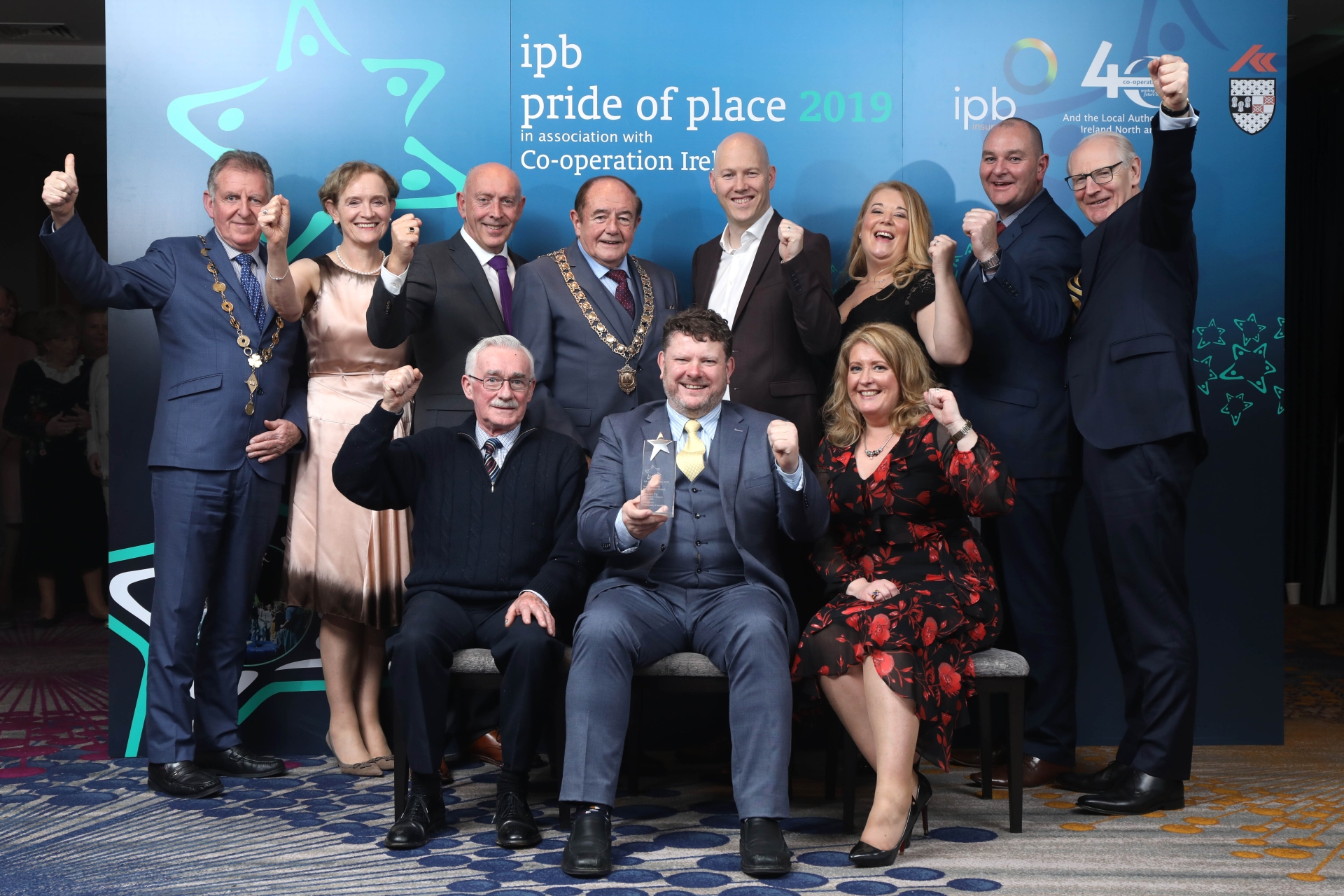 “It was our first time entering the competition,” explained Maurice O’Connell, chairman of Abbeyfeale Community Council. “It was a highly competitive category, for towns of population 2,000 -5,000.”

But he was delighted and proud that they had made their mark on the judges. “This is everyone’s award,” Mr O’Connell said. “It is the result of all the individuals and organisations throughout Abbeyfeale who helped out in anyway in any of the past community projects and to all the individuals and voluntary, sporting and educational organisations who showcased their respective achievements to the judges in September.”

“It was this feel-good positive example of Community Spirit that shone through on the day and which has now been recognised at All Ireland level,” he said.