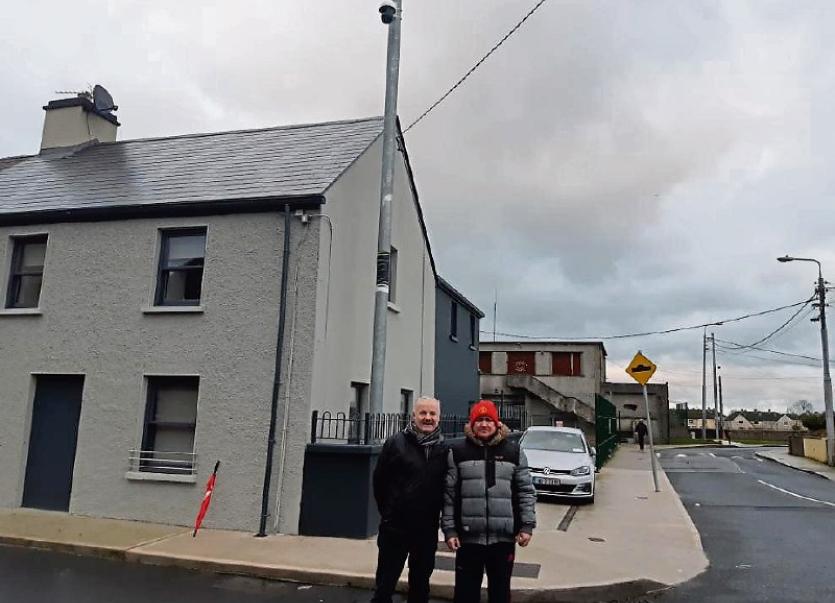 Cllr John Costelloe with Niall Cantillon, Moyross, at the site of the CCTV camera

A NORTHSIDE community is to unite this coming Monday as the second anniversary of the murder of Rose Hanrahan arrives.

Locals will gather pensioner’s home in New Road, Thomondgate for a vigil to remember the 78-year-old, who was found strangled to death in December 2017.​

All are welcome at the event, which begins at 7pm.

It comes as the area is fitted out with state-of-the-art closed circuit television, a move which comes as a relief to elderly residents who remain in fear of a repeat.

Following a sustained campaign from local Sinn Fein councillor John Costelloe, the CCTV has been installed at New Road in Thomondgate and nearby O’Dwyer’s Villas.

Cllr Costelloe said: “I welcome the fact it's installed. Residents in the area approached me and wanted to see this happen. Most areas are looking for cameras and it's all down to funding.”

“These are 360 degree cameras, monitored from Moyross. We had a tour of the facilities up there. It's a state of the art network. I'm delighted they are up and running,” the northside member added.

He said: “Many Thomondgate residents are elderly. It's nice for them to feel safe in their homes. If there are cameras there, there must be follow-up if anything happens in terms of prosecution.”

While Ms Hanrahan’s killer remains at large two years on – with many believing he had fled to Eastern Europe - Cllr Costelloe believes had CCTV been in place at the time, there may have been different results.

Rose was discovered by relatives in her bungalow at New Road, Thomondgate on December 15, 2017.

She was killed, gardaí believe, during a botched attempted robbery, when her killer broke in after following her home from a shopping trip.