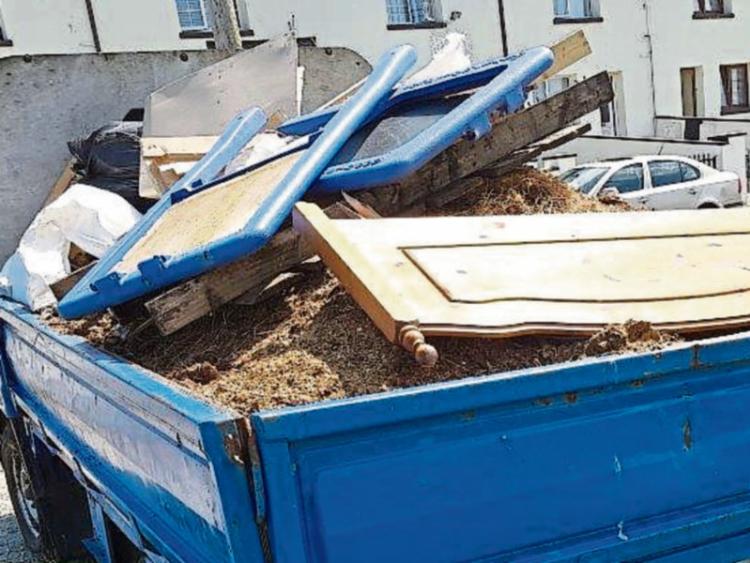 THE registered owner of a pick-up truck has been fined €500 for failing to confirm where waste which was being transported on the truck had come from.

Darren Mason of Oliver Plunkett Street, St Mary’s Park was before Limerick District Court over his failure to comply with a statutory notice under the provisions of the Waste Management Act.

Environmental Inspector Michael Walsh said while on duty at Oliver Plunkett Street on June 6, 2018, he observed waste being transported on a blue Toyota Dyna pick-up truck.

He said the notice required Mr Mason to advise the local authority of the source and destination of the waste as well as the disposal method.

”It has not been complied with,” he said.

Photographs submitted to Judge Marian O’Leary show the waste consisted of pieces of furniture and other household waste.

Barrister Liam Carroll told the court that while the vehicle is registered in his client’s name, he does not own it or drive it as he is currently disqualified.

“He should have responded (to the council), another individual controls and uses the vehicle,” he said adding his client is on social welfare.

Noting the submission, solicitor Will Leahy said it is an offence for the owner of a vehicle to allow waste to be transported by a third party and he said he was aware Mr Mason owns a number of vehicles which are being “closely watched”.

The defendant was ordered to pay the costs of Limerick City and County Council which totalled €962.50.