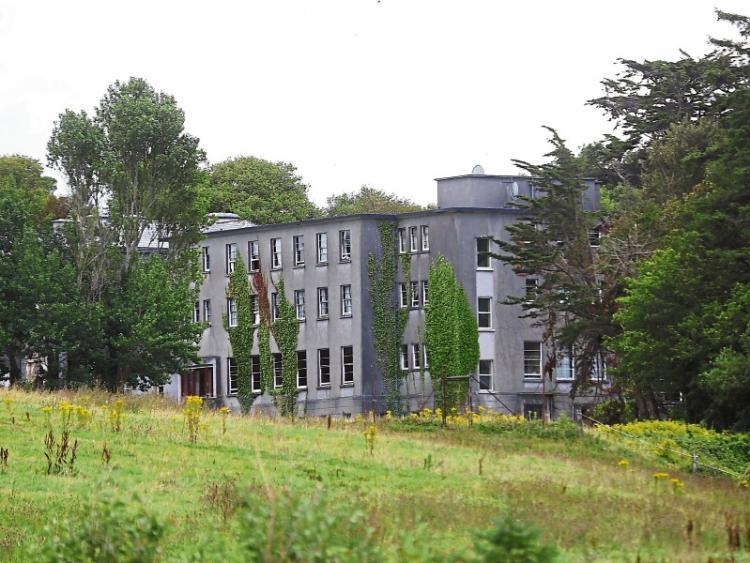 A LIMERICK organisation has called for the "immediate closure" of one of the county's Direct Provision Centres following the issuing of a report on the living conditions of its residents.

In a report published this Monday morning, Doras reveals the findings of research conducted on Mount Trenchard Direct Provision Centre, with one resident likening the centre located 5km from Foynes to "Guantanamo Bay".

Findings by the non-profit organisation also detail residents experiences with schizophrenia, alcohol and drug abuse as well as self-harm "to escape reality" in the male-only centre which has been operating since 2005.

The organisation spoke to 15 residents aged 23-56 from the Middle East and parts of Africa who reportedly “volunteered this information despite the genuine fear of the perceived consequences of speaking out against the system” and all of whom did not feel safe at the centre.

A fellow resident speaks of “people there who have schizophrenia and they are standing in front of mirrors talking for eight, nine hours straight, you can hear them at night time”.

The research, which was carried out between September 2018 and this April, raises serious concerns in four key areas including the safety and well-being of residents, the isolated location of the centre, physical living conditions, and operational and staff issues.

The report made reference to the longstanding issues with Mount Trenchard, which is privately managed by Baycaster Ltd and which has often been operating at maximum capacity with 85 residents, with 40 per cent having resided there for over two years.

Highlighted issues include the distance of the centre from urban areas and services, poor public transport provision, and the inadequate conditions in the centre itself.

The report also tells of the lack of response from staff to reports of serious verbal and physical aggression between residents or when self-harm occurs, with residents describing "dangerous instances where staff locked themselves in the office to avoid dealing with issues and did not notify gardaí.”

“We have to call the guards ourselves,” said one resident, “and a lot of the times when the guards come they look at you calm down and they’re gone, no report, nothing.”

“We were calling the Garda every day for almost five days and they do nothing. They will say when you kill each other we will come, otherwise don’t call us anymore.”

Other examples given of delayed responses by staff was an incident where a resident slashed his hand “and almost died”, and another occurrence when a man who became ill had to walk back to Foynes, some 40km, from University Hospital Limerick.

Interviewees in the report often referred to Mount Trenchard anecdotally as “an open prison” and compared it to Guantanamo Bay, due how remote the centre, located 40km from Limerick city, is.

“A lot of people they call it prison... you don’t see people, it’s just the building... so everything that happens, happens within the hostel and inside the hostel.”

One resident said of the centre: “It’s still dangerous, and last Monday actually somebody threw coffee at me. My friend actually, three weeks ago, somebody threw a diaper at him from the car. Imagine somebody had a diaper in the car, they planned it.”

The report provides a list of recommendations for improvement, which, if not undertaken, “the contract for accommodation services in Mount Trenchard should be terminated”.

“While it is recommended that these short-term measures are urgently implemented, these concerns can only fully be addressed if alternative accommodation is provided for residents,” the report stated.

“Some of the most vulnerable people we work with are in Mount Trenchard” said Mr Lannon, “It is generally understood to have the most challenging conditions of all direct provision centres in the country, and our research indicates serious concerns in relation to safety, security and involuntary transfers.

"The fact that the most vulnerable international protection applicants are put into conditions that do not even meet minimum standards has been a concern of ours for a long time. It is apparent now that the centre needs to be closed down and residents moved to appropriate accommodation.”

A draft of the report was presented to the Department of Justice’s Reception and Integration Agency in July of this year, where a period of three months was then allowed for changes to be made, following which residents were again consulted.

This follow-up investigation indicated that none of the essential changes highlighted by Doras had been implemented.

"Despite making a range of short-term priority recommendations to the Department of Justice’s Reception and Integration Agency (now the International Protection Accommodation Service) earlier this year, there has been no improvement in conditions there. Because of this, Doras is now calling for its immediate closure."

“Many of the issues raised in this research were raised in the 2015 McMahon Report” said Doras director John Lannon. “Despite this, the living conditions and standards in Mount Trenchard remain largely the same”.

According to Lannon, the publication of National Standards for Direct Provision Centres in August of this year has not improved conditions in Mount Trenchard. “Since the standards will not be legally binding until January 2021 they will do nothing to improve the situation there for the current residents” he said.

“We believe that that the situation in Mount Trenchard is too urgent to wait for the National Standards to be implemented, or for groups like the government interdepartmental group or advisory group chaired by Dr Catherine Day to meet and review the direct provision system. Since living there is putting vulnerable people at great risk, it should be closed without delay.”

In August 2014, a protest broke out amongst residents against their living conditions, and Direct Provision in general. In 2014, a video was circulated by the Irish Times showing punitive and restrictive conditions at the centre. This footage highlighted the disturbing living conditions, with one resident commenting that the centre was “a jungle and a jail”.

A spokesperson for the Department of Justice and Equality said the department “is steadily rolling out a programme to improve the standards in all Direct Provision centres across the entire State.

“Minister Stanton has met with Doras to thank them for this report and to discuss the findings.

“Obviously aspects of the report are concerning. Officials in the International Protection and Accommodation Service (IPAS) are studying the report and will take any remedial action that is necessary. IPAS has inspected the centre recently and it will be inspected again before Christmas.”