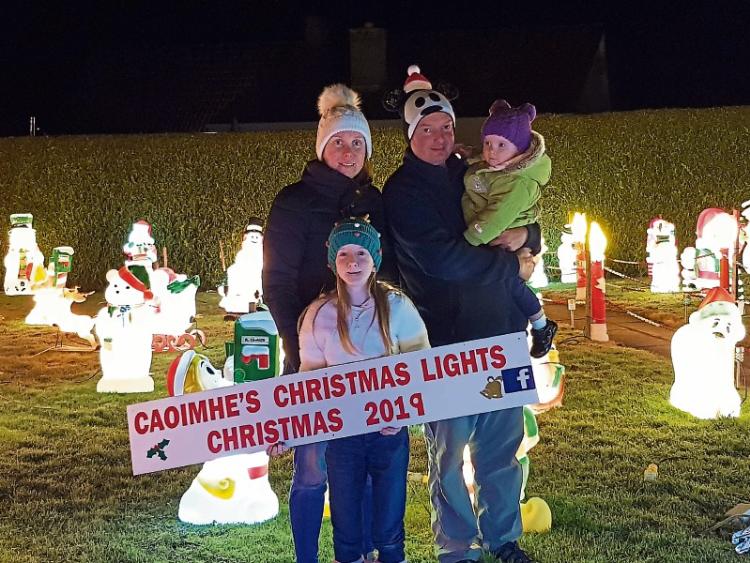 TWO County Limerick homes are in the running to win this year’s Most Christmassy Home, a national competition run by utility company, Energia.

Noonan’s Lights in Templeglantine and Caoimhe’s Lights in Castleconyers have been told they are among the finalists for this year’s competition and filming of their light-bedecked homes took place this week.

The short videos will go online next week when voting by the public will begin.

Tony Noonan, pictured below, who has been lighting up the West Limerick Christmas scene for the past 20 years, has been here before. His Winter Wonderland won the competition in 2016 and  was a runner-up in 2017. But he is pleased that the lighting extravaganza into which he pours so much passion and effort has again made the cut. 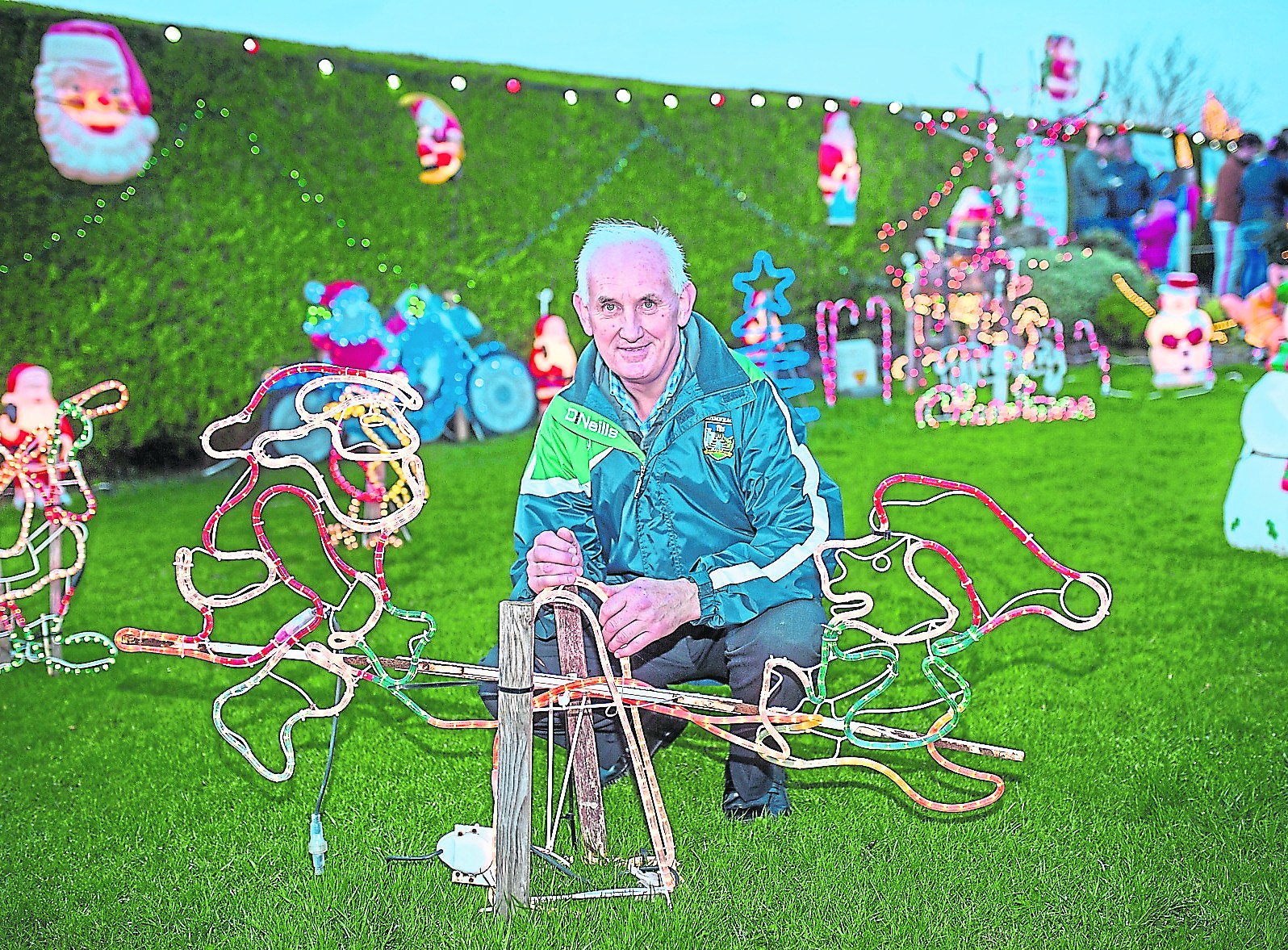 Tony began his Christmas display to please his daughter who has special needs and his initial display has grown exponentially. It has also helped raised tens of thousands of euro for local charities over the past two decades. Each year, he begins the task in September and lights up at the end of November. Santa Claus and All-Star Brendan Maher were his special guests for the big switch-on at the weekend and the display will run every night until January 7. “My sponsors keep the show on the road,” Tony said with feeling and he stressed that “all contributions are voluntary”. “We don’t shake the bucket at anyone,” he said, emphasising that people are free to come and enjoy the spectacle without obligation. “We want to give enjoyment,” he said.

This year’s charities are Milford Hospice, the Brothers of Charity, Adare Alzheimers, CRY Monagea and Recovery Haven, all charities close to Tony’s heart. Signposts are in place at Barnagh and Templeglantine.

For the past ten years,  Caoimhe’s Lights have been helping to raise funds for new equipment for the neo-natal unit at the University Maternity Hospital in Limerick. And for the Lynch family of Castleconyers Ballyagran it has been a labour of love. Lorraine and Kevin’s first child, Caoimhe,  who was born premature, received such tremendous care in the neonatal unit in Limerick, they were determined to give back. They had been putting up lights at their home since 2003, but it was just for the family and not for charity. But that changed in 2010, and the display has been growing year on year since and now numbers over 330 pieces, almost 50 of which have been added this year again.

“We have had to go further down the lawn,” Lorraine laughed this week. And they have opted to go the environmentally friendly route. “We have all LED bulbs”, she added.

Their small family has also grown and they now have a second daughter Aoife. But when it comes to lights, Caoimhe is queen, taking great pleasure in guiding people through the lit-up fairytale scene.

They are delighted to be in the running for Energia’s  Most Christmassy Home, having made it on to the Late Late Show’s final nine a number of years ago.

Caoimhe’s Lights are located just six kilometres from Rourke’s Cross on the Bruff Line. From the cross, travel towards Newcastle West and at the fifth cross-roads turn left. Or just follow the glow in the sky, says Lorraine.

The Energia competition winners are given money for their designated charities.