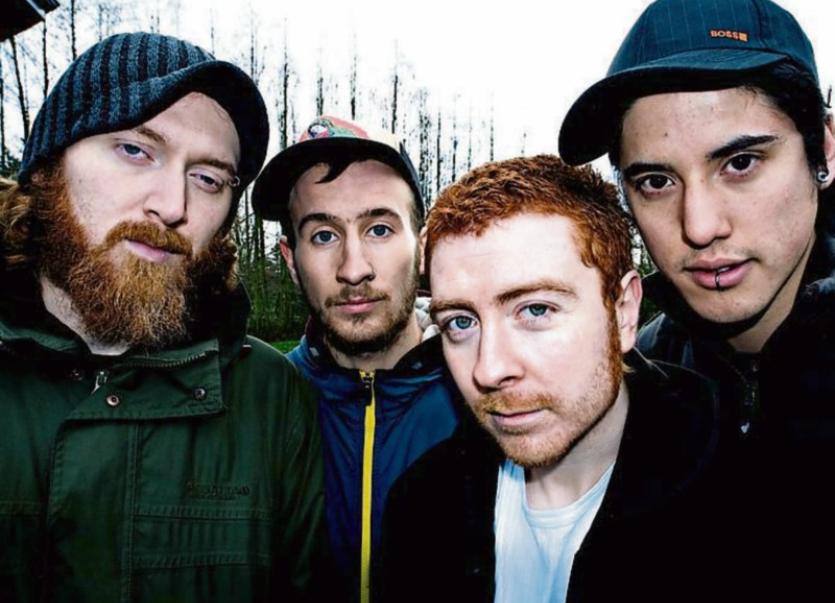 ASIWYFA: “The most fun shows and the most exciting shows are always the small ones where you're looking people in the eye"

ONE of the world’s most renowned post-rock outfits, And So I Watch You From Afar, are set to make their return to Limerick for the first time in over five years.

The Belfast band, who are celebrating 10 years entertaining the world, will perform an intimate gig at Dolans Upstairs during the festive period, on December 28.

Expected to be a sell-out performance with ASIWYFA fans coming from all over, it will be the first time they performed in Limerick and Dolans since May 2014.

Reflecting on the last decade, guitarist Rory Friers talks about the progress as a group whose sole drive was to do something musically meaningful to themselves, and in the end, discovered a vast network of artists who ended up embracing their mathematical, vivacious instrumentals.

They used to get hung up on the idea of having their sound pigeonholed into labels and genres. And they were very much heavily-inspired by the post-rock scene, he says.

From being inspired, they were inspiring and became leaders of this growing cult-like scene that saw numerous bands worldwide engaging in this almost cerebral, technical math-rock sound.

But in order to create such a sound, you needed to do your research. And we take it for granted that this was a cumbersome task back in the early noughties.

“Ten years prior to our first record, the lead up to that, we didn’t have every single song ever written at your fingertips on the internet. It was kind of whatever made its way across the water. Whatever we could order. Whatever what was read in the magazine is what you became exposed to.”

And growing up in their little bubble in Portrush, they felt they were the only band in the world executing this wild — yet intellectually measured — powerhouse rock.

“We felt alone on the island playing this weird music,” he says.

But then they found We Are Knives in Belfast, followed by Adebisi Shank, and so commenced a spiral of discovering a treasure trove and work of like-minded artists when they made their way to Dublin.

“It was a great time to start developing this network and find these other, kind of, strange bands all around the country and that really spurred us on and gave us the confidence to feel like we’re part of a community.”

And at the end of this month, the band (comprising Friers, Chris Wee, Johnny Adger and Tony Wright) will bring their signature, electrifying performance to the familiar, communal setting of Dolans Upstairs.

And though they are world famous and are used to playing to thousands, this is the perfect venue to hear such a world class act. It suits them, too.

“The most fun shows and the most exciting shows are always the small ones. They are always the ones where you are eye-to-eye with people. Through the years as we were getting bigger, we started playing bigger shows and bigger rooms, and bringing on more production. That has been an exciting new thing as well.”

And as they celebrate their 10 years, the band is looking to recreate those early years. A win-win tribute to both the group and the fans.

And while the fans can expect to be reunited with the band standards, such as the signature Set Guitars To Kill, they have since released two albums, Heirs in 2015 and The Endless Shimmering two years ago.

And aside from their return to Limerick, their next project in the pipeline is bound to make the masses salivate.

“We’ve recorded a piece of music which is 45 minutes long, a single piece of music, with a string quartet, a sort of orchestration from start to finish. And we are going to be performing it live with an incredible visual artist from Liverpool, called Sam Wiehl. We are orchestrated together with co-orchestrator called Conor Boyle. It’s recorded and we’re just doing the finishing touches to it.”

This ambitious project is also a charitable venture, as all the proceeds will be going to Oxfam.

“It was always a dream to do something a bit more cinematic. The music being instrumental obviously lends itself to room for extra experimentation like that,” he says when asked if adding a classical element was ever a musical fantasy of his.

And speaking about the gig, just three days after Christmas Day, he says “it has been a long time coming”

“Limerick has always been so kind to us from the very early days.”