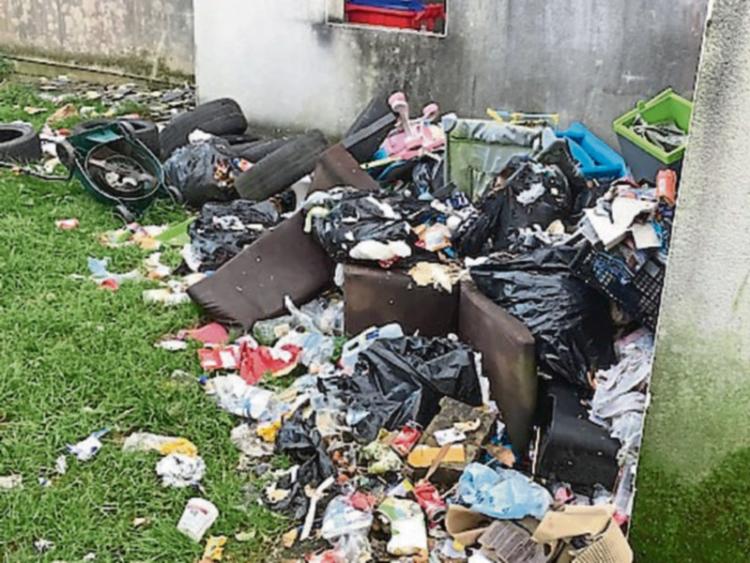 “WHAT is happening in Abbeyfeale is nothing short of a disgrace,” local councillor Liam Galvin said this week. His comments came after he had visited a housing complex in the town where rubbish has been accumulating for some time.

“There is an articulated lorry load of rubbish here,” Cllr Galvin said. “The shed is full to the roof.  Crows, magpies and what have you are carrying rubbish all over the town. This is a haven for rats next to the town park and to the children’s playground.”

“The area needs to be cleared,” he added.

According to a resident living close to the complex of houses and apartments, the issue has been going on for some time. He contacted the environmental section of Limerick City and County Council on November 15 but up to this week, no action had been taken.

Cllr Galvin said he brought up the matter with the council last Friday and was told that they are “working on the case”.

This complex is “in receivership”, Cllr Galvin was told.  Some of the apartments are leased to the council, while others are privately owned or rented by tenants on rent assistance schemes. The council is trying to establish who, in law, they can serve a Section 14 on, in order to get the area cleared, Cllr Galvin was told.

“The area needs to be cleared,” the Fine Gael councillor said. “We need to establish who did this? Are there bins for each apartment and if not, why not. Who is responsible for this?”