Dolans announce The National for Live at the Docklands this summer 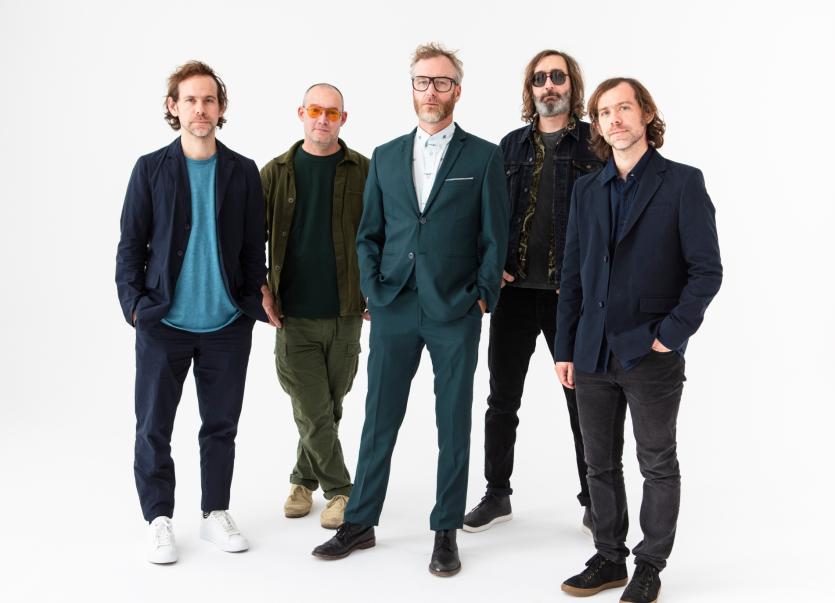 The National will perform at Live at the Docklands this summer

ONE of the world's most successful and Grammy Award-winning rock bands, The National, will perform in Limerick city this summer, Dolans Presents has announced.

The Ohioan act, critically-acclaimed for their sensational records Boxer, High Violet, and Grammy-winning Sleep Well Beast, has been announced as first act to perform at the second annual Live at the Docklands series on June 7, 2020.

Live at the Docklands 2020 will also mark Dolans 25 years of delivering quality live performances in Limerick.

Promoter Neil Dolan said securing The National "is a major coup for us and we are looking forward to playing host to what is truly a phenomenal live act”.

Mick Dolan said they are "thrilled" with the announcement and that Dolans Presents "sees an opportunity to be more ambitious when it comes to the planning of large-scale events that put the city on the map.

“Dolans is striving to continue to improve and to invest heavily in our programming as well as developing our off-site production spaces under the brand of Dolans Presents.

"Over 10,000 people attended the inaugural Live at the Docklands series in 2019 and it is our hope that this event will continue to develop further year on year, bolstering Limerick’s potential as a key summer destination.

"Dolans Presents sees a significant opportunity for Limerick to capitalise on using culture, music and festivals to complement the physical and economic revival currently being witnessed across the city and county”, he added.

Working closely with Shannon Foynes Port Company, Dolans Presents will again make use of part of Limerick Docks located just off Atlas Avenue as a location for the year two of the Live at the Docklands series.

Mick Dolan says that 2020 will be a significant year for Limerick.

“The reintroduction of the JP McManus Pro Am at Adare Manor and the fact that 2020 is also the year Galway celebrates its year as European Capital of Culture presents us with an opportunity to capitalize on a new audience base right on our doorstop” he said.

“With good planning, programming and marketing we believe the Live at the Docklands concept has the potential to become an annual event that attracts significant audiences to Limerick from across the country are further afield”.

Their most successful album, Sleep Well Beast, won the 2017 Grammy Award for Best Alternative Album, as well as hitting top of the album charts in Ireland, UK, Portugal and Canada. It was also considered one of the best albums released in 2017 by worldwide critics.

In addition, they achieved their highest chart position ever in a total of eleven countries including #2 on the US Billboard Top 200. The National also claimed their first #1 at commercial radio on the Triple-A radio chart with ‘The System Only Dreams in Total Darkness.’ The songs off Sleep Well Beast are instantly recognisable as The National, but their sound has evolved and expanded.

Both individually and collectively The National’s members have been involved in countless artistic, charitable and socio-political pursuits.

The group released ‘A Lot of Sorrow’ documenting their collaboration with installation artist Ragnar Kjartansson, that took place at MOMA’s PS1 and saw the band play their song ‘Sorrow’ for six hours in front of a live audience.

They are behind the Red Hot benefit albums Dark Was The Night and Day Of The Dead, and the compilation boxed set titled 7-Inches for Planned Parenthood.  Band members have received a Golden Globe Nomination for work on the score of the 2015 film Revenant, founded or play a major part in MusicNow, Eaux Claires and Haven Festival and Boston Calling, and participated heavily in both Barack Obama Presidential Campaigns, and much more.

2013 also saw the theatrical release of their documentary, Mistaken For Strangers set to the backdrop of the band’s 2010 release High Violet. The documentary was chosen to premiere on the opening night of the 2013 Tribeca Film Festival followed by a theatrical release in the US and worldwide distribution. Over their 16-year career the band has sold more than 1.7 million albums in the U.S. alone.

Tickets for The National go on sale this Friday at 9am and can be purchased via www.dolans.ie or at www.ticketmaster.ie