Christmas competition has a vital message in Limerick 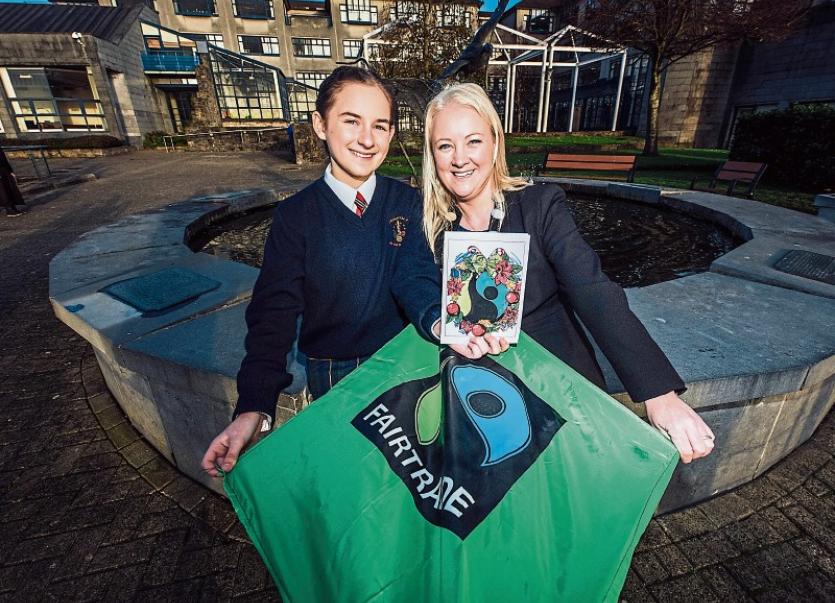 STUDENTS from schools across Limerick have been told that climate change is making the work of the Fairtrade organisation more important than ever.

As part of the awareness programme, the students have created Christmas Cards centred on the Fairtrade message of promoting fair trading practices between Ireland and developing countries.

Cards were created by pupils of all ages, ranging from six up to 18 and involved schools across the city and county, illustrating what Fairtrade means to them.

The overall winner was Amy Mucko, John the Baptist Community School, Hospital, whose card will now be reproduced and available to purchase at a number of local businesses, shops and cafes that have supported the Fairtrade initiative throughout the past 12 months.

Addressing the pupils from schools across Limerick, Cllr Sarah Kiely said: “We’ve all heard of the plight of single-use cup or the plastic straw, which are in the process of being a thing of the past. Choosing Fairtrade means that you care how the product was produced, who produced it and what benefit they get.

“It means taking a look behind the brands, the messages and get to the real story behind the product. That is what Fairtrade is about! There are over 1.7 million producers, farmers and workers spread across more than 75 countries in the world participating in Fairtrade with sales in 2017 reaching US$9.2 billion.”

Announcing the winners of this year’s school’s Christmas Card, Fairtrade Limerick said the challenges being faced by farmers in Ireland are mirrored by farmers in the developing world.

Dolores O’Meara, Chair of the Limerick City Fairtrade Committee said: “In recent times, we have become familiar with the havoc brought about by climate change. Farmers in the developing world have to face these challenges also. They have to deal with flooding, landslides and drought.”

Ms O Mears said that many of them lose the crops that they need to sell in order to survive.

“We must continue to support them by looking for the bananas, tea, coffee, cocoa, chocolate with the Fairtrade logo and putting them in our shopping baskets,” she added.