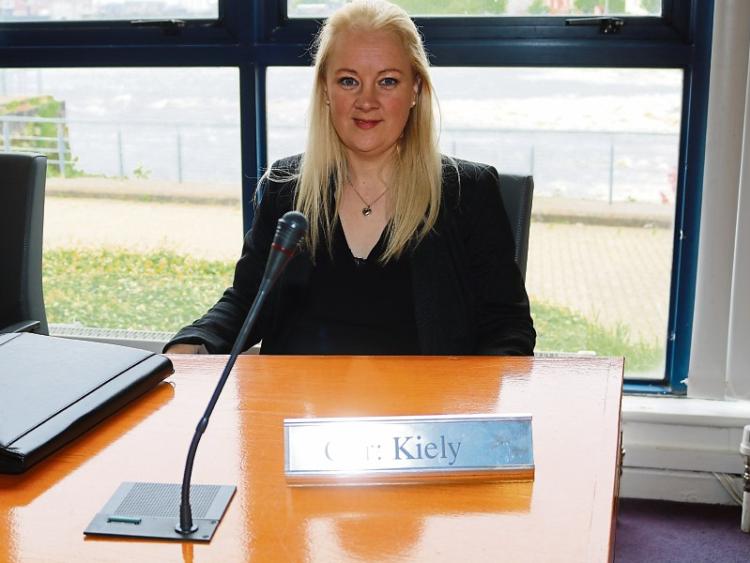 Cllr Sarah Kiely: Bunratty seems to be the favoured child among the two castles in Shannon Heritage's portfolio

THE managing director of Shannon Heritage has issued a warning over visitor numbers at King John’s Castle in the wake of the proposed closure of an adjacent car park.

Limerick City and County Council is planning to close and relocate the car park at the so-called Orchard site to replace it with a mix of social and affordable housing.

However, speaking at this week’s metropolitan district meeting, Niall O’Callaghan said he was not able to give a commitment as to how much of the 500,000 targetted growth Shannon Heritage is projecting over the coming years will come to Limerick’s main tourist attraction.

The semi-state body runs 11 tourist attractions across the country, including King John’s Castle and Bunratty Castle, with councillor Sarah Kiely claiming she feels it is the Clare resort which is the “favourite child” of Shannon Heritage.

In a presentation to the council, Mr O’Callaghan revealed that 65% of King John’s Castle’s 120,000 visitors last year were “walk-up”, which means they more than likely arrived in through the Orchard car park.

The impact of moving this car park he said is yet to be determined.

“We are not necessarily advocates of car parking in totality, we believe in sustainability. But without the appropriate tourism infrastructure such as orientation, navigation and public realm from the city centre up to the medieval quarter, it’s difficult to argue with the closure of a car park,” he explained.

Metropolitan district leader, Cllr James Collins said: “We agreed to the development of social and affordable housing on the Orchard site on the condition that a car park elsewhere be made available for traders in Nicholas Street and King John’s Castle. We understand the importance – if you look at the percentage of free independent travellers, those who don’t come on a tour bus, we understand the importance of having car parking.”

Cllr Kiely, whose motion it was which led to the presentation from Mr O’Callaghan said: “King John’s Castle should be the jewel in the crown of Limerick city and the medieval quarter but how can it be when it is treated as the poor relation to Bunratty Castle? The buck has to stop somewhere, I believe it is all of our responsibility to make King Johns Castle great , Bunratty is a major tourist attraction, why are the resources equally shared from Shannon Heritage?”

She pointed out that this Christmas, Bunratty Castle has many festive offerings.

”King John’s Castle? Nothing for Christmas, not even Santa’s grotto,” she told the meeting.

Mr O’Callaghan urged context around this, saying King John’s Castle is “intrinsically linked” to the success of Bunratty Castle, and Shannon Heritage balances resources in its portfolio.