Dolores is honoured with new mural in Limerick city 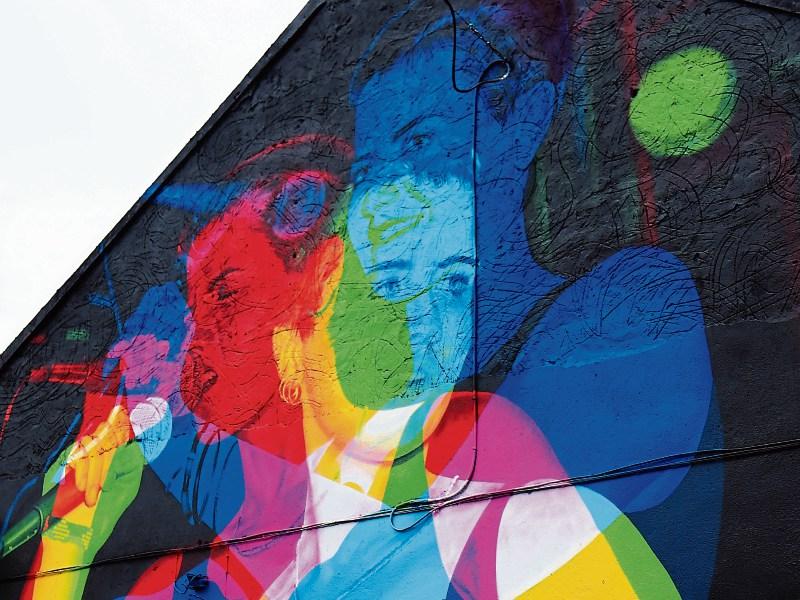 A VIBRANT mural commemorating the late Dolores O’Riordan has been unveiled in Limerick city this week.

The colourful art piece depicting the Cranberries frontwoman is the latest in a series that celebrates influential and powerful women in Limerick, by local urban-art initiative, Draw Out.

Draw Out creator Catherine O’Halloran has described the response to the latest mural as “overwhelming”.

“There’s been such a great reaction to it,” said Catherine, “it shows just how dear she was to everyone here in Limerick, she really represented something special for us.

“Even to see the reaction of her family has been a beautiful thing to watch,” she added, “it’s so special as everyone has such a unique relationship with the piece and with her and her music. To see how people engage with it is absolutely fantastic and it’s something that we’ve really been anticipating in a different way to other murals we’ve done.”

The art piece located opposite King John’s Castle has replaced the Eye Scream mural, which was subject to numerous acts of vandalism over the years, though Catherine is optimistic that the mural of Dolores will be “honoured” by the city.  “This piece has touched people and resonated with them, I’m positive and hopeful that people will honour it and see it as something precious,” said Catherine.