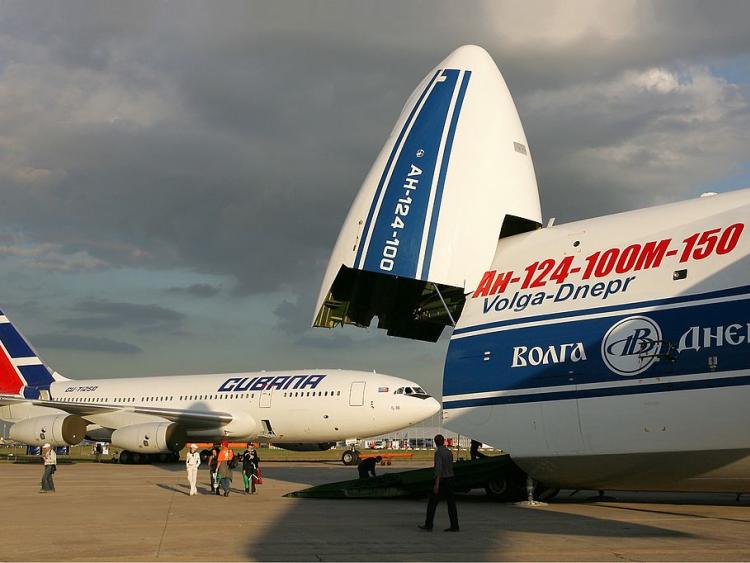 The people of Limerick could be forgiven for thinking a plane was landing in their back garden this Saturday evening, as the sounds from a large jet reverberated throughout the city.

The sound itself was not coming from a falling plane, but an Antonov An-124-100M 'Ruslan' which took off from Shannon Airport earlier this evening.

The plane which could be heard across the city was designed in the 1980s in the Ukrainian SSR, then part of the Soviet Union (USSR)

It was once the world's heaviest gross weight production cargo airplane, until the creation of the Boeing 747-8F, and remains the largest military transport aircraft in current service.

The large plane piqued the curiosity of people throughout the city, with many taking to social media to find out what the sound was.

At the time of writing this, the plane is currently flying over Southern Wales, it's destination unknown, but most likely somewhere in Eastern Europe.