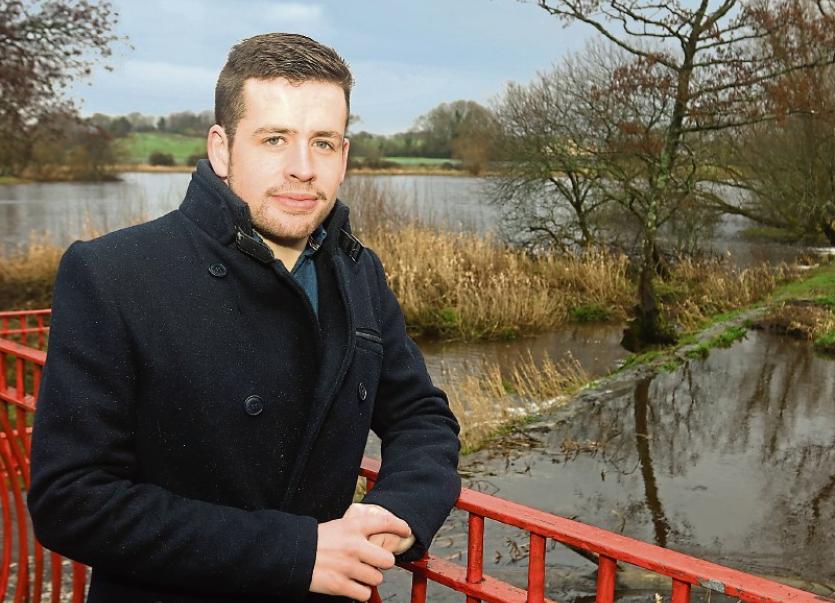 Cllr Conor Sheehan: we are far too car dependent

PEOPLE who do not work in Limerick should be excluded from an affordable housing scheme, a councillor has controversially said.

He said council “should not be encouraging this” as “we are far too car dependent”.

The comments at a housing committee meeting prompted a backlash from Fine Gael councillors Stephen Keary, and current deputy mayor, Cllr Adam Teskey, who said council would be in “dangerous territory” by taking this approach.

It comes after council staff members Aoife Duke and Sarah Newell unveiled plans to roll-out an affordable housing model here, in which young people could avail of their first home for below market value.

Limerick’s local authority will be seeking advice from Cork City Council which has recently introduced a scheme.

But, due to demand likely exceeding supply, Ms Newell said there will need to be ways to allow people to qualify, such as income level, whether they grew up or went to school in the area, and also the kilometre distance from where they work.

It was this which prompted the intervention from Cllr Sheanan who said: “We should be keeping the distance as low as possible. I do not want to facilitate people living in Limerikc, but commuting to Cork, Dublin, Tralee or wherever. It’s not something we should be encouraging.”

“We are far too car dependent, and I do not want to encourage urban sprawl,” he added.

The intervention angered former mayor, Cllr Keary, who said often people travelling away from Limerick for work is “by necessity”.

He pointed out that Ireland has some of the best roads, and people should take advantage of them.

Cllr Teskey, who represents Adare-Rathkeale, added: “I’d distance myself completely from these comments. A whole person’s livelihood depends on income. We, as a government, people in government and people in business are doing our best to create more jobs. We’ve seen our unemployment rate creep from 16% down to 5.3%.

“There is employment there, but a person should not be prohibited, whether they work in Cork, Dundalk or wherever, from housing in relation to this.”

Green Party councillor Sean Hartigan added: “I’m all for sustainable transport. But for me, it is more complex than the distance you travel to work.

“People going from the Castletroy to Dublin on the Green Bus [Dublin Coach] are probably more environmental than those who, say, travel from Castletroy to Shannon by car.”

Many people on the southern and western edges of Co. Limerick would face a shorter commute to work if they were travelling to Cork or Tralee.

Meanwhile, there was a backlash against the government from Cllrs Keary and Teskey over the affordable housing scheme.

It came after members were informed they could only make limited changes to it.

“While I am a member of the governing party, I have a job and an onus to the people I represent, to keep the government and the relevant minister in line and responsible.”

After councillor Keary was informed that it was his own party’s minister Eoghan Murphy who proposed the affordable housing scheme, he said: “It doesn’t mean he is correct though”.