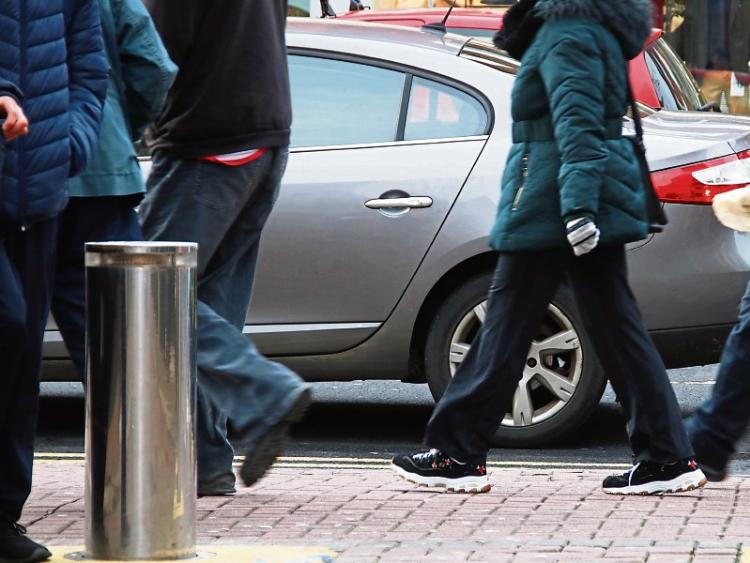 A PRESSURE group that aims to transform Limerick into a more “walkable” city and county has launched a six-month plan to tackle problems facing the everyday pedestrian.

Around 20 members of the public attended the first meeting of the Limerick Pedestrian Network at the People’s Museum at Pery Square in the city this Monday. Brainstorming sessions were held, after which three teams were established to develop a programme of activities for six months.

The three teams will look at pedestrian environment, where they will focus on pedestrian obstructions; infrastructure, which will look at safe crossing times, kerbs meeting with roads, and footpaths wide enough to accommodate wheelchair users and buggies; and policy, ensuring that walkability is at the centre of the upcoming transport strategy for the Limerick-Shannon Metropolitan Area.

During the hour-long meeting, a wider group discussion was held where each attendee spoke of their concerns as pedestrians in the city.

One parent said: “I never feel safe while walking. For example, if you are going into the shopping centre, you can let go of you kids’ hand, but in the city, you can’t do that.”

One woman said that the times and phases of controlled crossings can be “difficult” and that they should “stretch out the times”.

One mother-of-five said that walking in the city can be a “stressful” experience, and took issue with cars being parked on footpaths.

One man, who lives in the county, said that “almost anywhere we walk is quite dangerous”, adding that his passion would be to “pedestrianise the peripheries as well as the [city] centre”.

One elderly man, who lives near the People’s Museum, said that his friend had offered him a lift to the meeting.

“That’s how he views the city,” he said, adding that the “motor car is killing Limerick” and that “we need to tackle that in a strenuous sort of way”.

He added: “I don’t we are half angry enough about it.”

One of the organisers, Thomas Bibby of Steamboat Quay said: “We were delighted to see such a good turnout, with people from rural areas of the county as well as people from the city. No matter how we travel, we all start and end our daily journeys as pedestrians, and there was enthusiasm in the room to establish Limerick Pedestrian Network as a voice for all footpath users in Limerick City and County.”