Commercial rates freeze to be proposed for Limerick 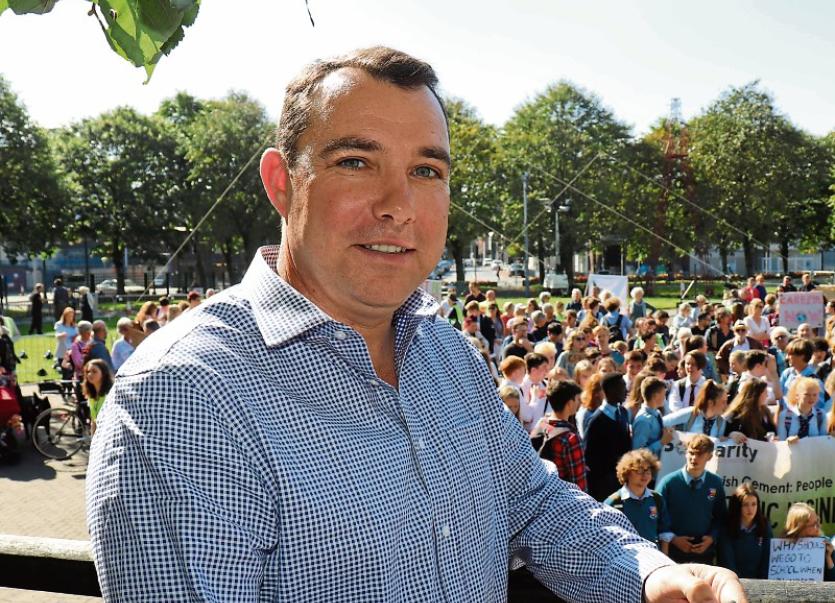 Cllr James Collins: 'we're doing what we can to work with small businesses'

LIMERICK councillors look set to freeze the commercial rate this Friday, The Leader can reveal.

In a boost for local businesses, the book of estimates presented by council chief executive Dr Pat Daly reveals that the rate will remain at 0.58c per rate of valuation should councillors pass the budget as currently laid out.

The commercial rate is a multiplier charge paid by business owners based on the value of their property.

In a letter to councillors, Dr Daly however warned that the council may have to set €1.7m aside due to the fact windfarm owners have queried their rate demand – something the council has in turn appealed, becoming the first authority to do.

“This increase will enable the council to further improve service delivery,” he added.

The local authority is once again seeking to help smaller business owners with a rebate of some of the rate, with reductions for early payment. Elsewhere in the book of estimates, spending is up in all sectors, with the local authority budget valued at more than €825m, up from €689m last year.

Speaking to Leader Business, he said: “There are businesses which are finding it difficult to trade. What we are trying to do is work with them on some of the things we can influence, for example commercial rates.

“There are schemes for small to medium sized enterprises to get a refund on their rates, and also in relation to businesses involved in the tourism industry. There’s a scheme there to help those types of businesses with their rate bill through the year. I wish there was more we could do as a local authority, as Limerick city centre needs help,” he said.

Cllr Collins rejected claims that householders are picking up the slack for businesses, following Dr Daly’s comments on the Local Property Tax.

He said: “The figures between the commercial rate and the Local Property Tax are not comparable. Expanding tax was not a decision I took lightly. I know a lot of people are struggling to pay their bills each week.”

Councillors will meet on Friday morning from 10am to finalise the budget for the next year.