University buying into history in the heart of Limerick city 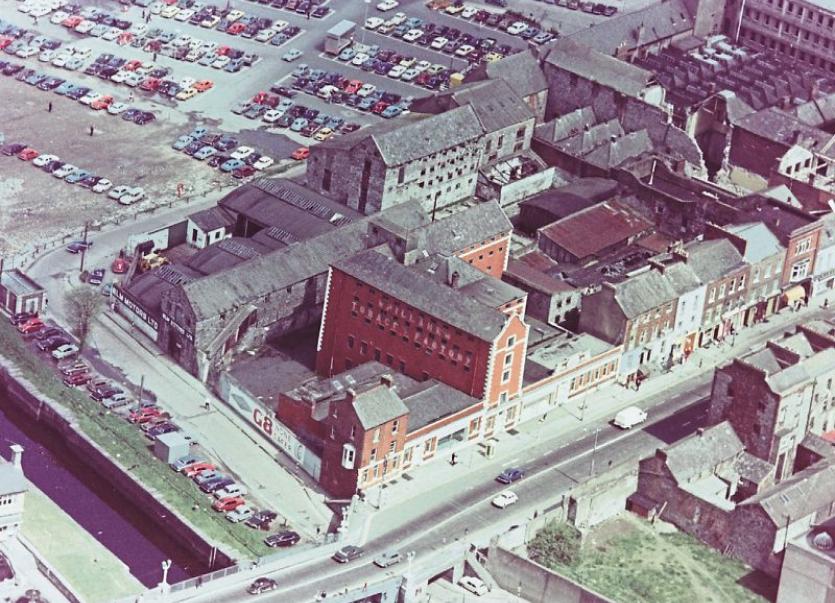 The Spillane’s Tobacco Factory on Sarsfield Street, also recognised by the name ‘The House of Garryowen’, stood proudly on the banks of the Shannon from the early 1900s

As it seeks to establish a major city centre presence in Limerick, UL has acquired a building with a fascinating history. The Spillane’s Tobacco Factory on Sarsfield Street, also recognised by the name ‘The House of Garryowen’, stood proudly on the banks of the Shannon from the early 1900s.

The factory itself began at 34 William Street in 1829, when 28-year old John Spillane and his brother Patrick set up their business. Patrick Spillane died young, in 1848, and the business continued under the watch of John, who was an active member of his community and a strong supporter of Daniel O’Connell. In the business world, he was known as ‘Honest John Spillane’.

At a meeting of the Loyal National Repeal Association in August 1844, Daniel O’Connell called for the banning of tobacco. While many tobacco manufacturers around the country balked at the proposal, Spillane stated that if he could be convinced that his giving up business would forward the cause of Repeal, he would the next moment lock the door of his tobacco store.

In 1836, Spillane married Catherine Purcell in Grange, Co Limerick and they had at least four sons and three daughters, several of whom died young.

One of their surviving sons, William Spillane, rose to prominence in local society, becoming the Mayor of Limerick in 1885. William was also responsible for the erection of Spillane Tower, which is better known today as the ‘Snuff Box’, on the banks of the River Shannon at Corkanree.

John Spillane continued to operate his factory on William Street until he passed away on January 1, 1852, aged 51. He was buried in the churchyard at Grange. The Limerick Chronicle of January 3, 1852 stated simply: “On Thursday, at his seat, South Ville, near this City, John Spillane, Esq. an upright, worthy, and charitable citizen. He was esteemed and respected by all who had the pleasure of his acquaintance.” 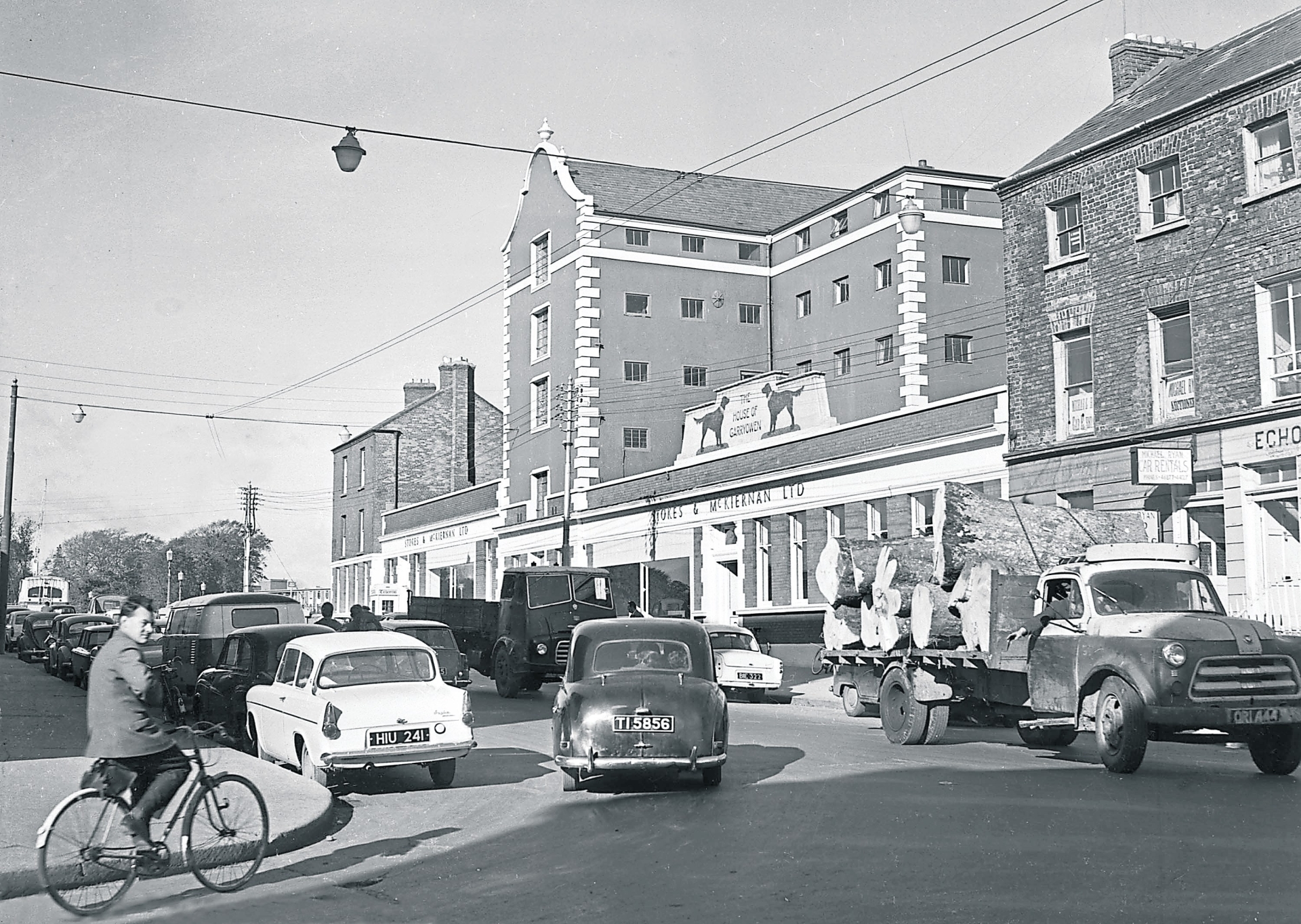 Caption: Spillanes Tobacco eventually was taken over by Stokes McKernan

Other news reports of the time praise him, with the Limerick and Clare Examiner, stating that “no man entered into politics more zealously - no man contributed to public purposes more liberally … but he had no public enemy.”

Following his death, the control of the company fell to his wife Catherine, who took charge with the support of her surviving children. She was recorded in the local trade directories as a tobacco manufacturer until 1886, with no occupation stated in 1891. She passed away, aged 77, on February 1, 1893, at her home in Hartstonge Street.

In the years up to her death, her only surviving son, William, assisted her in the factory’s operation. William only lived for another four years after his mother’s death. The responsibility of the factory then fell to his two sons, John and George Spillane.

It was during this third generation of Spillane control that the factory began its move to Sarsfield Street. In 1899, they acquired the confectionary factory firm of Richard Smith & Co. This factory had been used to produce bottled mineral water until they refurbished the Sarsfield Street premises in order to begin the manufacture of cigarettes, as well as their loose plug tobacco.

Over the next 15 years, they acquired the neighbouring premises on Sarsfield Street, including a Bannatyne granary and the Turkish baths building. By 1930, the William Street branch had closed down and they were operating only from Sarsfield Street.

To meet a special demand from the north of Ireland, the factory produced a type of plug known as Long Square. Throughout the 1900s Spillane’s also produced a range of mineral waters and bottled stouts, which were sold wholesale at their premises in Sarsfield Street, Newcastle West and Charleville.

By 1932, George Spillane was the main shareholder in the company, which now operated as G. Spillane & Co. Ltd, The House of Garryowen. Following in the footsteps of his father and grandfather’s philanthropy, that year he revived an old Limerick factory tradition and hired a train to take his staff of 150 to Galway for the day.

From at least 1940, the company had a branch office at 4 Lower Abbey Street, Dublin. That same year George Spillane sold his home at Belle Vue, North Circular Road and relocated to Dublin. The firm was left in the safe hands of the company secretary Ralph Slattery, who had been with the firm for over 30 years.

By the late 1950s, George was distancing himself from the Limerick-based company. Spillane had released the following statement, which was published in the Limerick Leader on December 29, 1956: “For some time now it has been impossible for me to take an active part in the company’s affairs and I have considered what arrangements could best be made for the future.

“I am writing this letter to you to-day to tell you that after careful consideration I have concluded that the business can no longer continue on its past basis as a family concern and it must be sold.”

On January 31, 1957, the company was sold to another tobacco firm, Murray Ltd, of Dublin. Unfortunately for Limerick, the machinery was removed to a Murray site in Dun Laoghaire.

On June 30, 1958, just over a year after the Spillane family no longer played a role in the company’s affairs, the Sarsfield Street factory closed its doors and 150 workers lost their jobs. Just under half were women.

On May 28, 1961, George Spillane, the last of the Spillane tobacco factory owners, passed away in Dublin.
Throughout the almost 130 years that the Spillane family operated their factory in Limerick, there was never a strike, lockout or trouble of any sort with the employees. 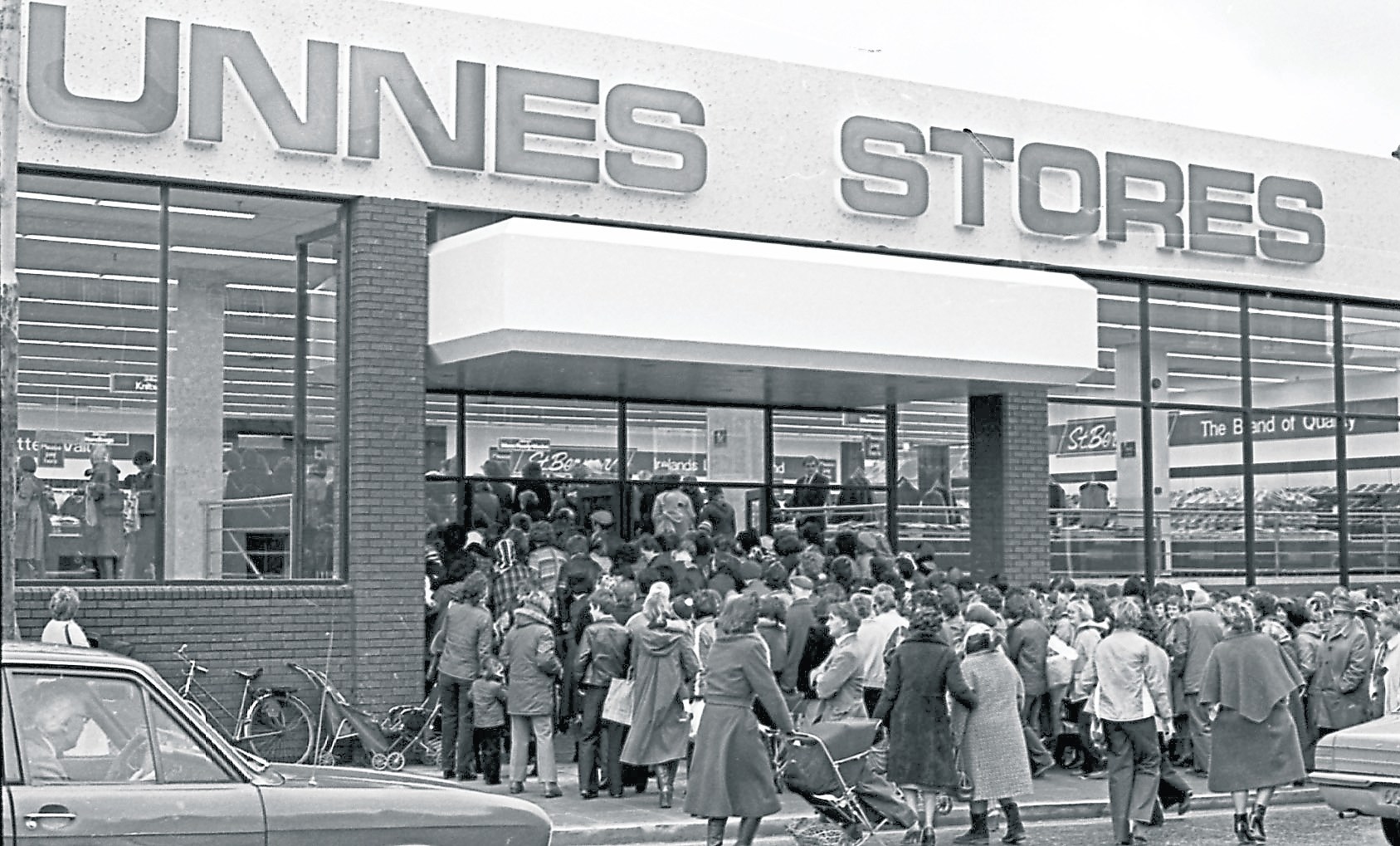 Finally, in 1970, Ben Dunne purchased the Stokes and McKiernan building, along with Elm Motors, to the rear. The more modern premises familiar to a generation of Limerick people did not open its doors until December 1979, creating much local excitement on opening day, as can be seen in the pictures above. The company operated at this location as Dunnes Stores until its closure in 2008, when they began to operate solely out of the Henry Street store. The building remained vacant until its recent purchase by UL.

For several months, a giant banner with UL branding was displayed on the side of the building, stating ‘Watch This Space’. The next chapter for this historic Limerick site is awaited with considerable interest.