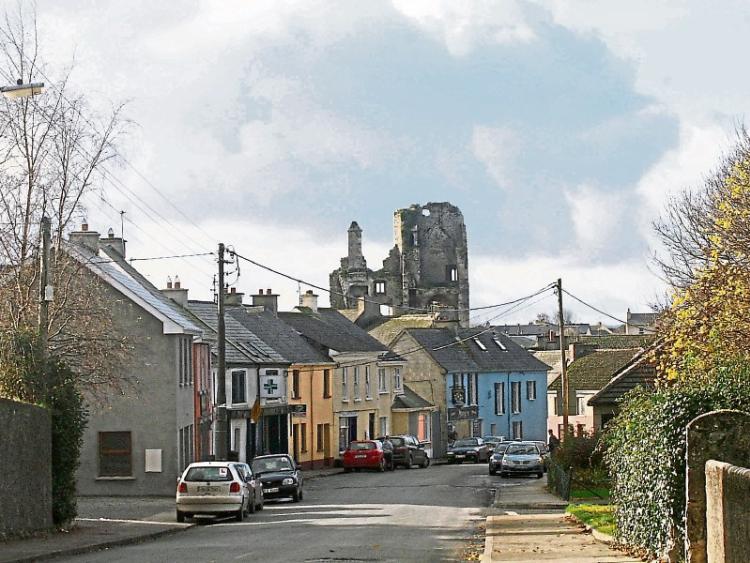 THE €200,000 secured for Askeaton under this year’s Town and Village Renewal Scheme will be matched by a similar amount from Limerick City and County Council in a bid to revitalise the centre of this historic town.

The project is intended to create a pedestrian friendly town centre and will involve the creation of two civic spaces in the town’s two squares, the West and East Squares. These spaces will have designated off-road parking as well as traffic-calming measures and the two squares, it is hoped, will be linked by footbridges across the Deel and will also connect to an enhanced and lengthened riverside walk.

The project has been developed by Limerick City and County Council and in consultation with local organisations such as  Askeaton Civic Trust.

The overall aim of the project is to help reverse dereliction and retail decline in the town centre and, by improving both squares, to enhance the town’s tourist potential. The recently developed Shannon Estuary Way is expected to  bring additional tourist numbers into the area and those tourist numbers are expected to be increased further when the renovation works on the 12th century Desmond Castle are completed.

Read also: County Limerick parish unites as one to donate to Milford

Askeaton was the single biggest beneficiary in Limerick of this year’s Town and Village Renewal Scheme, announced late last week. In total, six towns and villages in Limerick will benefit to the tune of €585,100, from a national pot of €15m.

Broadford Development Association was allocated €99,911, a sum which was heartily welcomed by association chairperson, Mary Lee Geary. The money, she explained, will go towards refurbishing their local hall, built in 1840. The money is specifically targeted for a new roof, doors and windows and they hope to start work in the Spring, she said. The funding comes after a massive local fund-raising campaign, the Broadford OsKars which raised over €70,000.

Parish neighbours, Dromcollogher also received good news last week with an allocation of €86,397.  “We are delighted of course,” Eileen Twomey of the Dromcollogher Development Association said. “We will have no problem spending the money.”

The funding will go towards developing a heritage trail around the town. “We have a lot of beautiful buildings and we want to put information boards in place so people are aware of the stories behind the buildings,” she explained.

The library,( site of the Cinema Fire tragedy of 1926), the courthouse and the Garden of Remembrance are just some of the locations likely to be included in the trail.

The funding will also help their current big project, developing a new seven-acre Town Park. Paths have now been laid, electricity poles are being relocated and landscaping is at tender stage, Ms Twomey explained.

But they also have plans to restore one stone bridge across the river and to build a second, she said.

The final project in West Limerick to receive funding is Ballingarry where €79,600 is designated to finance the first phase of the re-imaging and branding of Ballingarry as The Garden Town. Structural work has been ongoing by the council along The Mall and the money will be used to make this area more attractive with seating and paving.

In East Limerick, €70,879 was assigned  to Murroe to complete the second phase of the multi-access walkway at the Town Park and to install lighting along the new section while Kilteely received  €48,308 to develop a community wildlife area in the village.