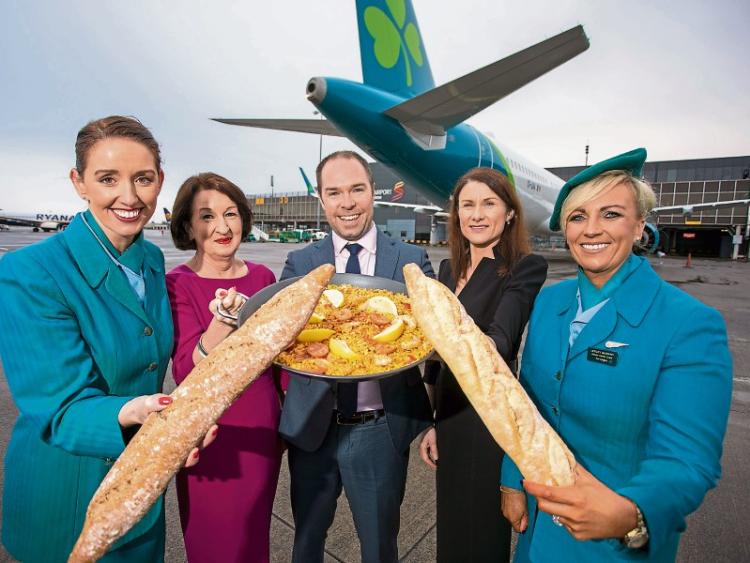 AER Lingus has announced two new routes to Barcelona and Paris, in a boost to Shannon Airport.

The routes to the major European cities comes in the wake of the recent announcement of a new twice-weekly service to Vienna with Lauda Air.

The new routes represent close to a 20% increase in capacity compared to Summer 2019.

The new flights to Barcelona will serve as a boost to the consumer, as Ryanair already offer a twice-weekly service to Barcelona’s Reus airport during the summer months.

The route to Charles de Gaulle will offer passengers the opportunity to use Paris as a hub for onward flights to a wide range of long-haul destinations in Asia and South America.

Shannon Group CEO Mary Considine said on Wednesday morning, “The launch of these new routes and the investment in two new A321LR aircraft at Shannon is evidence of the strong partnership we have with Aer Lingus.

Ms Considine said the development was a major advancement in the Shannon group’s pledge to improved the connectivity of the West of Ireland with links to a growing number of global destinations.

She continued: “This announcement, against the backdrop of a challenging aviation market, is a testament to the hard work and dedication of our Airport Route Development team, who have worked very closely with Aer Lingus over the past year to secure these services for this region.”

Ms Considine added that the group was excited about working with Aer Lingus and stakeholders, to ensure the services are a success for the region, recognising the key role they can play in supporting foreign direct investment, tourism and indigenous enterprise.

Senator Maria Byrne welcomed the routes saying, “The services to Paris and Barcelona will not only act as a major economic boost for the region, they will also provide vital EU connectivity to two major European hubs as the Brexit deadline fast approaches.

“The Government must continue to do its upmost to support balanced regional development and supporting regional airports are a key component of this,” she added.

Reid Moody, chief strategy and planning officer of Aer Lingus said: “We are delighted to illustrate our continued commitment to the Shannon region today by announcing two exciting new routes from the airport for summer 2020.

“Our ambition for the future is underpinned by a profitable, sustainable short-haul network supported by our guest-focused brand and digitally-enabled value proposition.”

Traffic at the airport has been affected this year by the grounding of Boeing’s 737 Max aircraft. This led to the scrapping of Norwegian Air services.

In July, Ms Considine told a special meeting of Clare County Council that the grounding of Boeing 737 Max aircraft would cost the region about €58 million this year.

She told the meeting the airport would suffer the loss of 120,000 passengers from three services – two with Norwegian and one with United Airlines– as a result of the grounding.