Making Cents with Liam Croke: What to do if you’re made redundant 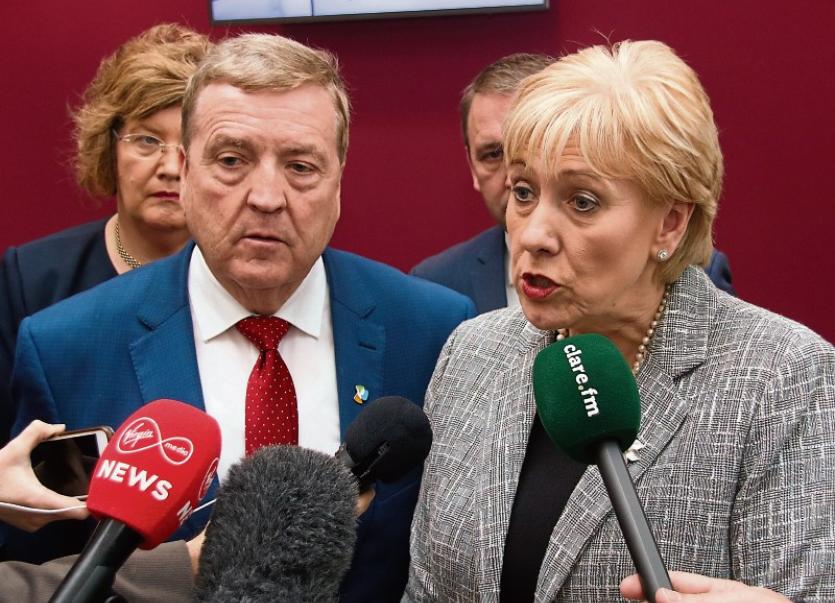 In the last two weeks, 820 people working between Molex and Novartis, were given notice that they were losing their jobs. It’s devastating news for those affected and unfortunately it could be a sign of things to come.

The group McKinsey estimates that 800m people will be made redundant by technology in the next 10 years. It’s an incredible number and whether we like it or not, change is coming.

There are many reasons we could lose our job, and technology is just one of them. People are going to lose their jobs because of Brexit, because their employer runs out of capital, because the demand for what their employer provides or makes diminishes.

The person losing their job and source of income's immediate concerns are: how long before they run out of money, how quickly they’ll be able to find a job and how much will it pay them.

So in this article, and it's a long read I’m going to concentrate on what you should be doing if you’ve been told by your employer that your time with them is coming to an end.

Before I do, let me first tell you why I think severe weather events and losing your job, share certain similarities.

In the United States, they’ve looked at why so many people are killed each year from weather events like tornados, cyclones, wildfires etc. Their national weather agency is really good at predicting such extreme events and despite them giving advanced warnings to people that something very serious is heading their way, and to take cover, many people choose to ignore them.

They discovered the problem isn’t entirely their fault. It isn’t that they’re not detecting these storms early enough, or it isn’t because of poor communication. The problem was something they never thought of, and a little bit beyond their control, and it was human behaviour.

When people were told to take cover, and go to designated shelters, what did they end up doing?

They stayed at home, because home is where they think they’re safe, and the tornado or whatever it is, will never go through their house. And I think, the same type of thinking happens with people and their jobs.

They don’t want to think about losing their job. It’s not pleasant and why stress themselves. Why should they do anything anyway, like move to a different industry, or upskill?

I encountered one such person recently who told me he was worried about losing his job because of Brexit. But he’s being saying that to me every time I’ve met him over the past three years.

He’s just waiting to be told he’s lost his job and is a nervous wreck. And, of course I understand how he feels, but this absolute dependency on someone else is really not healthy. I asked him what he has been doing since we last met to make himself redundancy proof?

How many courses has he attended? Has he up-dated his Linkedin profile? How many people has he reached out and connected with? How many other employers has he spoken to about opportunities they may have that might suit his skillset?

Why is he waiting to be told his job is no more, before he does anything about it?

So, you’re busy doing work for an employer you’re fairly sure is going to make you redundant at some stage, but you don’t have the time to invest in yourself right now, to prepare yourself for when that happens?

Your employer doesn’t think as much about you as you might think they do. Yes, some care about your welfare and provide great benefits but you work for them. And if they have to choose between themselves and you, there’s only going to be one winner, and it’s not going to be you.

I’ve seen this happen so many times in the past decade, because we’re frequently asked by companies from every sector to come in as part of their outplacement support programme, and give financial advice to people exiting their companies.

And when that happens and I carry out presentations, workshops and one to one sessions, I can quickly identify those who are redundancy ready and those who aren’t, just by observing and listening to what people say and how they are reacting.

Getting new-job ready and financially insulating yourself go hand in hand, so the better prepared you are, the easier it will be until you land that new job.

And there are things you could have in place from a financial perspective like maintaining a budget and knowing how much you spend each month, having an emergency fund in place, not taking on new debt or reducing what existing debt you have, so if worst does happen, the easier it will be to ride out the storm until you land another job.

If you don’t know how to go about doing this yourself or you’re unsure what your starting point should be, reach out and get help from someone who does

The following is a checklist under 10 headings you can use to lessen the impact of unemployment whilst protecting the financial security of you and your family.

If you don’t know how much you’re spending each month, find out, because the basis for your financial plan starts with estimating how much you’ll spend during the time you’re unemployed.

And you want to know the exact amount, don’t guess.

Spend some time on this because it’s important.

2. Know what your runway number is

So, if your savings/termination payment amount to €80,000 and the amount you spend each month over whatever other income you have i.e. job seekers benefit/partners income is say €4,000, then you have 20 months before you need to find that new job.

3. Know what your termination package is and understand what your options are

Your employer is likely to provide you with help in this regard i.e. they will get the administrators of the pension scheme to meet with you to discuss how they arrived at the termination payment they are offering, and what inputs they used in their calculations. You need to make sure the numbers they are using are correct ie the correct salary, years of service with the company etc. I’ve seen it happen in the past where the length of service used was incorrect and even if they were out by a couple of months, the difference to you could be thousands of Euros so read the fine print.

You need to remind yourself that you’re not alone, and you’re not responsible for a product coming off patent, or that Brexit is happening because of you etc. and no matter how terrible your feel right now, try to remember, the long term prognosis is better than you think.

5. Speak with your creditors

If you’re concerned that you might not be able to meet future mortgage or personal loan repayments, you should contact your creditors and tell them about the situation you find yourself in.

You should apply for job seekers benefit the first day you become unemployed. It’s paid for 9 months (234 days) for people with 260 or more PRSI contributions and 6 months (156 days) for people with fewer than 260 PRSI contributions paid. The maximum amount payable is €203 per week assuming your average weekly earnings were > €300. If they were less, the amount you receive is reduced e.g. average earnings between €220 and €299.99 the payment becomes €159.

It’s estimated that upwards of 85% of open positions are filled through networking. And why this percentag is so high, is because there is a hidden job market, you’re not aware of.

Did you know that as many as 80% of new jobs are never advertised and are either filled internally or through networking i.e. someone whose employed and refers and recommends a person to their employer. You could be focusing your time and energy looking at only 20% of what jobs are actually available and missing out on the 80% that are available through networking.

8. Don’t Forget About Your Pension

One of the biggest mistakes I see people make when leaving a job is overlooking or not paying enough attention to the pension, they built up in their time with the employer there leaving.

You could have built up a significant amount but regardless of what the amount is, know what your options are, and you typically will have four. I would suggest you get independent financial advice and explore which option is best for you. There is a very obvious conflict of interest getting advice from the pension administrators which is why I would reach out to a third party, someone who isn’t getting paid by the employer you’re leaving.

9. Enjoy Your Time Off

You could have been working non-stop for the same employer for years, and this period of forced time off, is one you should take and enjoy guilt-free. Anyone, I’ve ever met who has taken time out, before returning to work, has said it’s the best thing they’ve ever done. You may need to pause and re-charge your batteries and reflect on what you want for the next period of your working life.

10. Don’t be in a rush to do anything with your severance package

I come across people all the time who are in a mad rush to spend their severance package. They want to pay off debt, take a chunk off their mortgage, give some away to their kids, invest it etc.

I would caution against doing that, I would advise you take your time making any decision and when you do, make sure you know the impact of your decision, and how it interacts with other areas of your finances.