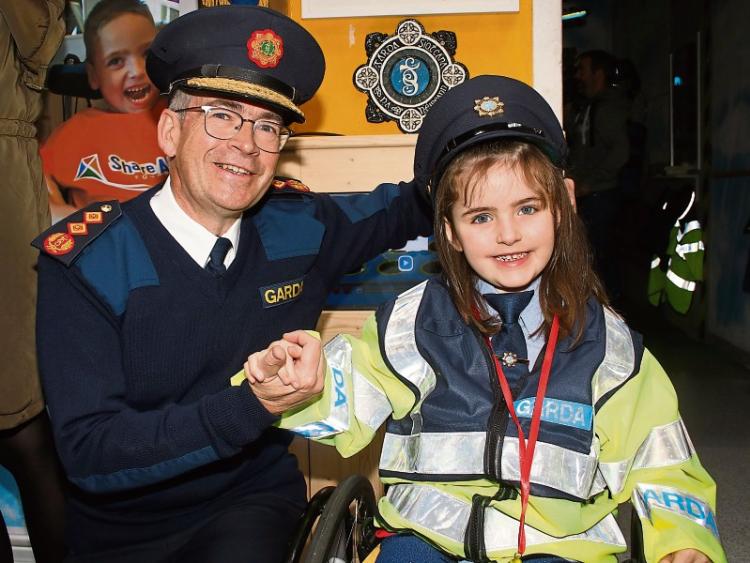 LIMERICK’S newest garda station has been opened to the public, along with the introduction of some of it’s newest (and littlest) recruits.

Garda commissioner Drew Harris was guest of honour at the launch on Thursday, October 31 at the Dublin Road play centre, which caters for children with disabilities and illnesses.

“This is the first opportunity I’ve had to open a garda station,” commissioner Harris chuckled, “so it’s very special to be here in such fabulous surroundings - it’s like walking into Disneyland in Limerick, it’s fantastic.

“It’s a real privilege to be here today,” he added, “this will enable children to have an experience that’s not only fun, but allows them to use their imagination to the fullest. The authenticity of the station is unbelievable.

“I would like to extend my thanks to all those who have been involved, this is a very worthwhile cause, and we are very privileged to be in any way engaged with it, and take great pride in our association with Share a Dream.

“Some days in work are more difficult than others, but this is a great day to be the garda commissioner,” he concluded.

Commissioner Harris also stated that investigations surrounding the recent break-in to the play centre are ongoing and are being taken 'very seriously' by gardaí.

On Tuesday morning, October 29 at 4am, "thieves tunneled their way" into the centre and caused significant damage and reportedly stole funds from the premises.

"I’m aware of the incident and have been briefed on it by a local chief superintendent," said commissioner Harris, "so I would say to the community here today that we stick to them for information.

"There is an investigation ongoing and as you expect, we take this very seriously. There was a break-in with funds lost and we will follow through on that investigation. Anyone with information should contact their local gardaí.”