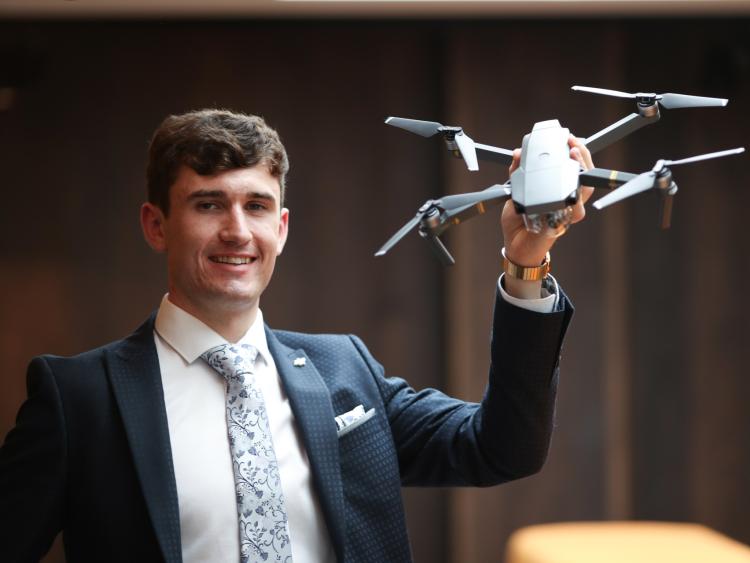 A LIMERICK tech company is aiming to use drones and artificial intelligence to make river rescues a faster operation in the future.

Deepseek was founded by Eoghan Mulcahy and Ciaran O’Meara during their final year of engineering studies in University of Limerick, after Eoghan witnessed a rescue first-hand last year.

“It was a specific event that caused the idea to happen,” explained Eoghan, the company’s chief executive, to the Irish Times last week, “I witnessed someone enter the water in Limerick city and I witnessed the aftermath of the rescue attempt.

“It was very much a kind of frenzied rescue attempt, because the response was very quick but it was a ground-based rescue team.

“They were trying their best to pinpoint the location of the person who had entered into the water but is was nearly an impossible task because the river flow was so strong and the person’s location was lost,” he added, “within that first couple of minutes I came up with a system that I thought might be able to help.”

The 22-year-old has just embarked on a PhD in University of Limerick, where he is studying AI technology to further develop Deepseek, which received a €7,000 investment from Ireland’s Best Young Entrepreneur programme.

On average, there are 135 drownings in Ireland each year, with drone systems already in use in parts of the country in rescue missions.

However, Deepseek’s goal is to cut out the human operating the drone entirely, so the drone will almost act like a coworker.

“We are trying to automate the whole drone system so there is no human interaction – its completely autonomous – that’s where the AI comes in,” explained Eoghan, “it uses thermal and visual light and then it essentially automates the search component out of the search and rescue so when the rescue teams arrive in their boats they know exactly where to go and they can make the rescue a lot more efficiently.”

Deepseek are coordinating with Limerick Search and Rescue, the coast guard and the main search and rescue, to find how best to integrate it into rescues.