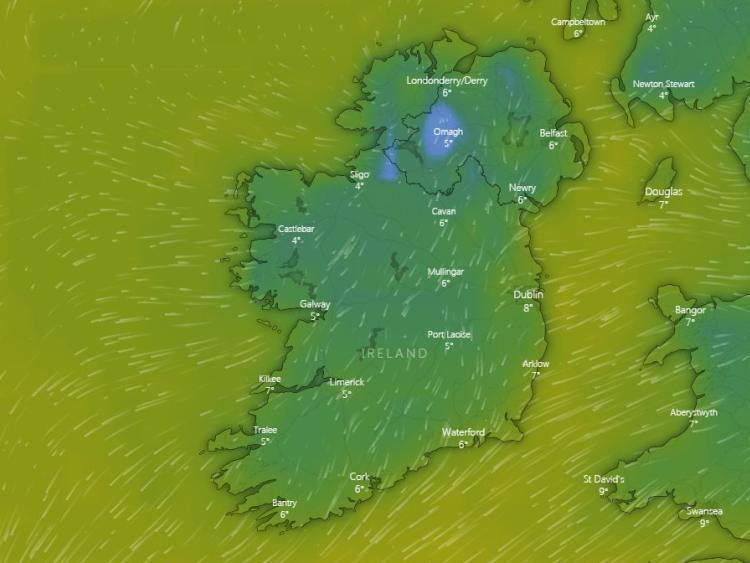 Temperatures are expected to dip ever so slightly | Picture: Windy.com

NOVEMBER is around the corner, which means the temperatures are going to dip ever so slightly this week across the country.

But, thankfully, there won't be any subzero conditions this week, according to Met Eireann's forecast.

Nationwide this Tuesday night, it will be breezy with temperatures dipping between one and four degrees.

In Limerick, it will be cloudy with mild temperatures, peaking at nine degrees.

Wednesday will be a duller experience, especially for those in Limerick and Munster, with heavy rains expected to hit the early afternoon and is not expected to ease until 9pm.

While Friday expects to be mainly cloudy, there will be spots of light to heavy rain throughout the day, particularly in the early hours of the morning and between 7am and 11am. There will be heavy rain on Friday night at 9pm, Met Eireann says.

With mild temperatures on Saturday reaching 10 degrees, it will be mainly cloudy with a spell of rain in the early morning for a short period.

Met Eireann says it is does not seem likely there will be any rain on Sunday (thank goodness), but there the morning will be particularly cold with maximum temperatures of five degrees.