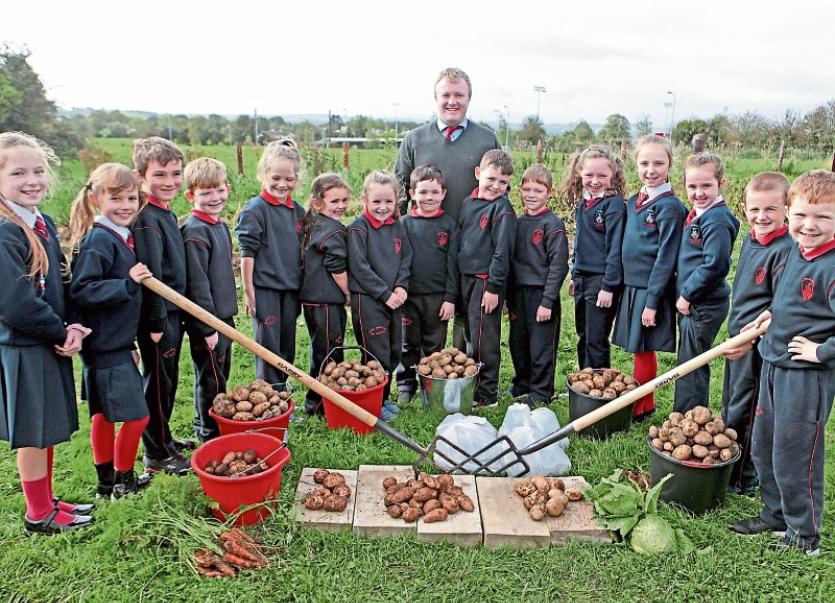 THERE are spooky goings on in Doon Convent National School this week!

Boys and girls have been busy carving pumpkins that they grew themselves in their school garden.

Derek Walsh, principal, said it makes it extra special for the pupils when they grew them themselves.

“We have seven pumpkins that we planted in our soil at the foot of the Slieve Felims. They are busy carving them this week and putting candles inside.  There is a real Halloween atmosphere in the school.

“The parents council are organising a fancy dress disco on Friday evening in the community centre at 6.30pm and the pumpkins will have pride of place,” said Mr Walsh.

They started a garden last year and he says it is their “pride and joy”. In the summer time you can find Mr Walsh busy with his watering can. 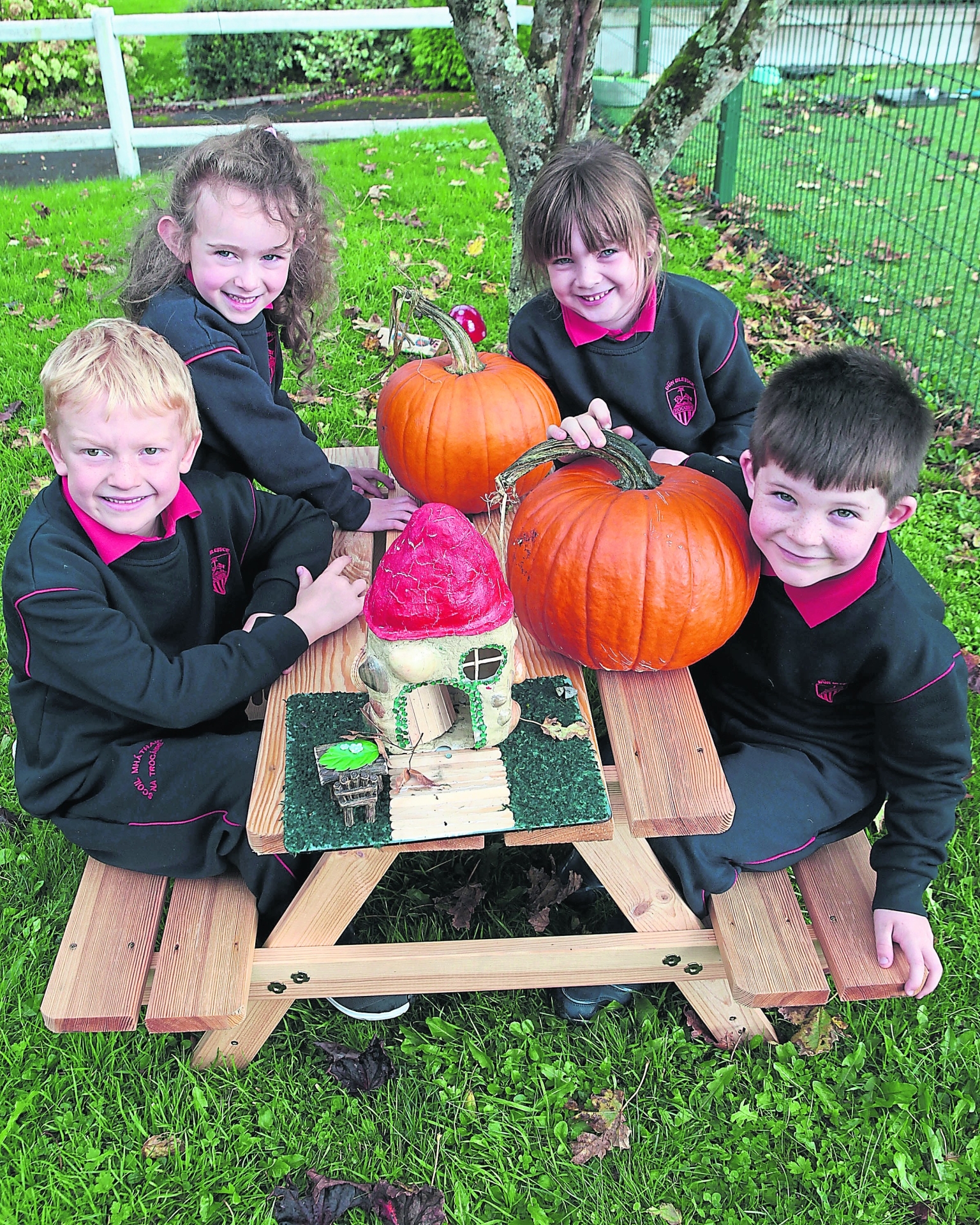 “We grew four varieties of potatoes – Golden Wonders, Duke of York, Kerr’s Pink and British Queens. We grew a host of flowers, trees and vegetables. We also have a polytunnel. Strawberries, peas, aubergines pumpkins, carrots, onions, lettuce, cabbage, beetroot, turnips, parsnips and tomatoes were all successful. We also grew a range of herbs and barley, wheat and oats as an experiment.

“All this work was thanks to parents, pupils and teachers who planted, maintained and harvested the crops,” said Mr Walsh. The value of the garden is “immeasurable as the children learned about food, the natural environment and the food production chain.

“Pupils experienced what organic food is like and established a sense of pride, in planting, nurturing and harvesting what they sowed. The potatoes were a major hit and a lot were sold to the community. Reports back verified that all four varieties were floury,” said Mr Walsh. The school also boasts a fairy garden, worked hard to attain the Active Flag, is participating in the GAA 5 Star Programme and taking part in the Amber Flag for mental health.

“All these extra curricular activities are excellent and assist in pupils being happier and thus attaining better educational results,” said Mr Walsh.