50-hectare Limerick site to be explored for urban neighbourhood development 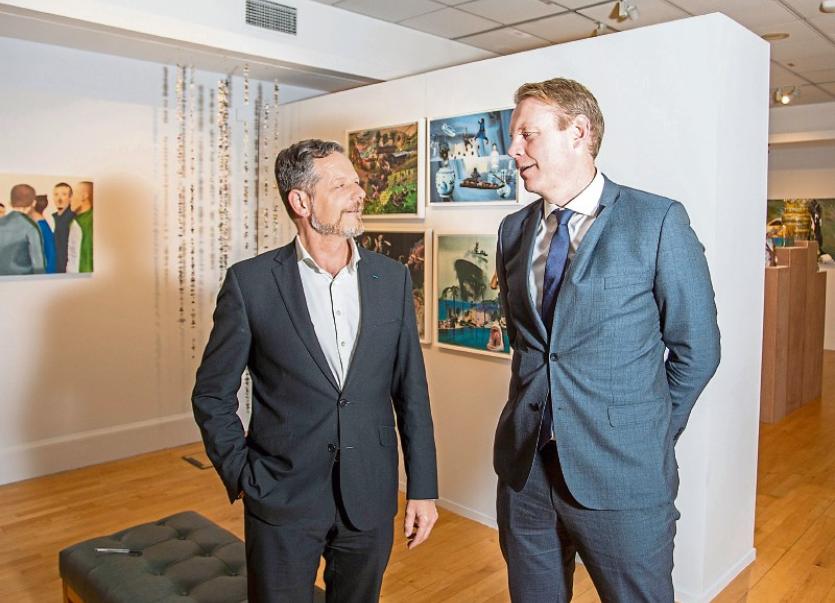 John Moran, chairman, and John Coleman, CEO, of the Land Development Agency in Limerick this week

THE development of a strategy for a massive land bank near Colbert Station will not be that different to Limerick’s Georgian neighbour-hood in the 19th century, the chairperson of the Land Development Agency has said.

Limerick City and County Council, LDA and CIE announced that they are looking at reimagining and redeveloping major brownfield site of more than 50 hectares and transforming it into a “21st century urban neighbourhood”.

This new urban district, the concept of which has yet to be developed, will include a mix of social and private housing, work, cultural and play areas, along with health and educational facilities.

Officials with the LDA have confirmed to the Limerick Leader that there will be “huge consultation” with locals and members of the public, and that the process of developing the vision will commence in the “very near future”.

The LDA was set up in 2018 following the launch of Project Ireland 2040, and aims to enhance the liveability of cities.

Its CEO, John Coleman said it is about creating “compact growth”, preventing urban sprawl and reducing the reliance on cars as well as journey times to everyday destinations. It was also set up to create an economic counter balance with Dublin.

“There is an over-reliance on Dublin. It’s become a self-perpetuating thing that the more jobs come into Dublin, the more development happens, the more activity that happens, that tends to be a rolling snowball, possibly to the detriment of the regional cities and regional urban centres,” he said shortly after the announcement.

Chairperson and Limerick man, John Moran said that they are looking at the “five-minute neighbourhood” concept when developing this project.

“In a way, we would see cities, including Limerick, developing such that there are all these connected groups of five-minute neighbourhoods, so you live, potentially work in the same neighbourhood, you play, you go to the sports fields, your kids go to the creche.

“Everything should be there so you create this real neighbourhood, as opposed to, I live on one side of town and I work on another side...and that’s what helps to reduce the dependency on cars in the city,” Mr Moran explained.

According to Project 2040, Limerick’s population is expected to grow by 50,000 within the next 20 years.

“It hasn’t had that level of growth probably since the 19th century. But if you think about what happened in the 19th century, there was essentially a masterplan for the Georgian area which was an expansion of the city, and this is, in some ways, not that different.”

He added: “We’re doing it, not on a greenfield site, but on an existing area. So it’s how do you work out what’s happening there at the moment, what’s important to be kept and built on. There are train tracks that run out of the train station out to Mungret. They’re not used at the moment, but maybe they will be very valuable in 10 years’ time or 15 years’ time, so you don’t dig them up and put something down. So you got to do that carefully.”

He said that he would consider it to be a “framework” than a masterplan that can be adjusted over time.

He added that they will aim to provide affordable housing for those who do not qualify for social housing, who are at the start of their career, “doing good public sector work”, or can’t afford property if rents go “sky-high”.

”We wish all involved every success and look forward to working closely with them,” he said in a statement this week.