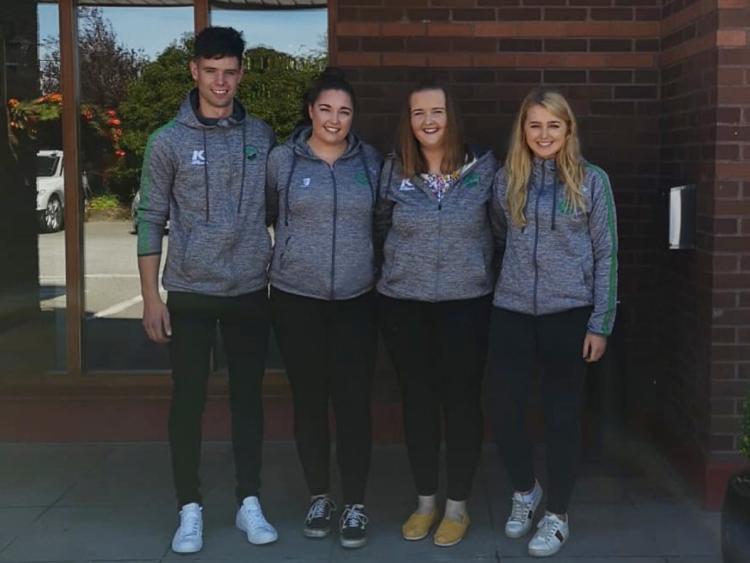 FOR the first time in 15 years Kilmallock Macra has made it to the final of the Macra Club of the Year competition.

Kilmallock Macra is one of the oldest clubs in Ireland and celebrated its 75th anniversary last August.

However, Elaine Houlihan, chairperson, said the have had their battles over the years.

"The club was closing its doors this time last year due to the lack of interest in the area, but a new committee came on board and made it their mission to turn it into the successful club it once was.

"Recruitment of members started. Anyone we thought would be interested was brought on board. Starting off we only had eight members but we turned that into 70 as the time went on. With all the recruiting we did, we went on to win the National Macra recruitment drive. This was the start of Kilmallock Macra’s winning streak!" smiled Elaine.

As a club they have won numerous county titles in soccer, tag rugby, Gaelic football, beef and dairy Stock judging in both U-23s and senior, Miss Macra, Miss Blue Jeans and Queen of the Land.

"We always had it in our heads that we wanted to be in the running for Macra Club of the Year. It was the goal that kept us driven. When we filled out the application form in June we never thought we would make it into the national final but when we got the email saying we made it to the semi-final we were all delighted.

"It created a bigger since of pride in our club. We went for the semi-final interviews which again, in our eyes, was a practice round for next year. But to our surprise we got another email afterwards to say we were picked as one of the fifteen clubs in the final. We are delighted as a club to be heading to the final in Cork this Saturday to represent our club and county," beamed Elaine.

She says the sense of pride among all the members is "truly amazing to see".

"Macra is a rural social group for youth but for us in Kilmallock Macra it’s like having another family. We pride ourselves on being there for one another and helping those in our community which is a big thing for us as a group. One thing that is amazing about Kilmallock Macra is that it’s a generational club where most of the current members' parents were once in the club!

"We meet nearly every two weeks and if it’s not for a meeting, it is just to meet up for a chat and a few pizzas. Celebrating our 75th anniversary in August by holding a barn dance was a massive milestone for our club and the local community and other Macra clubs from far and wide came out to support us on the night. It was great to see some of the current and past members of Kilmallock sharing stories on the night of their memories of Kilmallock Macra – to say the least not much has changed!" laughed Elaine.

They try to take part in every competition possible from sports to agriculture to debating.

"Kilmallock Macra encourages people to come along to our events to see what it’s all about before becoming a member and it’s not just a club for farmers as the majority of Kilmallock Macra are from a non-farming background. As a club we are proud to say we are members of Macra.

"We have seen the impact that the club can have on people and we are delighted to say this year we are making it our mission to raise as much money has possible for Limerick Suicide Watch who are a fantastic organisation. Keep an eye on our social media pages for upcoming events," concluded Elaine.